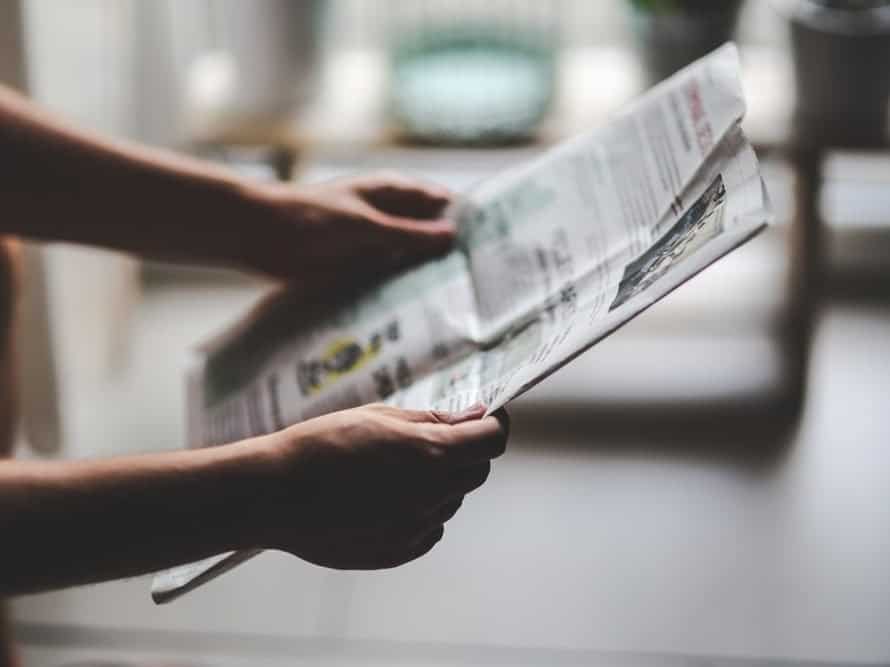 From our Washington bureau: Hillary Clinton sold weapons to ISIS while secretary of state.

And in sports: The Chicago Cubs win the World Series.

Fake news is everywhere. (Okay, that last story might be true.) And one of the biggest breaking stories of 2016 was the widespread impact of verifiably false news hosted on bogus websites and amplified through social media.

“Yellow journalism” has long been with us – the use of sensationalism and exaggeration to increase a news outlet’s share of the market.

What’s new about today’s fake news is that anyone – not just journalists – can create and disseminate it. Thanks to the Internet and social media, nearly anyone with a smart phone and an imagination can say anything and make it look like reputable journalism.

Facebook’s Mark Zuckerberg has announced plans to minimize the fake news running on his social media platform, while some media outlets are redoubling their efforts to more carefully vet stories, even at the expense of being first with the news.

Even so, consumers of today’s news content should view everything with discernment.

The same goes for followers of Jesus who watch Christian television, listen to Christian radio, subscribe to Christian web-based ministries, and follow Christian leaders on social media. Not everything calling itself “Christian” truly is.

Promises of prosperity, alleged discoveries of new gospels, and amazing stories of seed-faith miracles are rampant. But even this is nothing new.

Fake news permeated the early church. Some in Thessalonica believed the Day of the Lord already had taken place. Many in Corinth followed the “super apostles” who promoted “another Jesus … a different Spirit … a different gospel.” And those to whom the apostle John wrote his first epistle were swallowing the idea that Jesus, while divine, only appeared to be human.

So how can Christians today tell the difference between fake news and the real thing? More to the point, how can we discern between true prophets and false prophets?

In 1 John 4:1, the apostle tells us to “test the spirits.” By “spirits,” he means those who claim divine gifting for service. So, how do we do that?

By the Word of God. While the whole of Scripture gives us a true picture of reality, we may construct a simple check list to see whether those coiffured televangelists and silver-throated radio preachers are the real deal, or peddlers of fake news.

(1) Are 100 percent accurate when they speak in the Lord’s name (Deut. 18:21-22). Anyone claiming a word from the Lord about a future event had better be careful. God neither lies nor makes mistakes. He speaks and it comes to pass. And when He sends prophets to speak in His name, they always get it right. Unlike horse shoes and hand grenades, close enough is not good enough.

(2) Exalt God, not themselves or idols (Deut. 13:1-4). Sometimes a blind squirrel finds an acorn, and occasionally false prophets accurately foretell events. But if they compel you to follow them, or pursue false gods (including prosperity, fame, and a host of other enticements), run the other way. The Lord, in fact, may have sent them to test your faith.

(3) Tell the whole truth, not tickle the ears (Jer. 23:16-17, 31-32; Ezek. 13:22-23; 2 Tim. 4:3-4). Sports arenas and mammoth auditoriums are filled each week with people who’ve come to hear self-proclaimed Christian prophets tell them God wants them rich, healthy, and happy. Never mind the fact that by these standards, the apostles are miserable failures, and Paul’s exhortation to expect tribulation on the road to the kingdom is patently false (Acts 14:22).

(4) Proclaim salvation by grace alone, through faith alone, in Christ alone (Gal. 1:8-9). False gospels abound in the realm of Christianity, from universalism to baptismal regeneration. Paul battles with the Judaizers in Galatia, who insist that new converts to Christianity must also embrace the Mosaic Law.

(5) Practice what they preach (2 Peter 2:1-3). Peter warns us to beware of false prophets who make merchandise of people. Jude urges his readers to be on guard against those who sneak into the church and take advantage of unsuspecting believers. Ask yourself: How many prosperity preachers have sold their private jets and multi-million-dollar homes to offer a seed-faith gift to another ministry?

The apostle Paul’s brief exhortation is spot on: “Don’t despise prophecies, but test all things. Hold on to what is good. Stay away from every kind of evil” (1 Thess. 5:20-21).