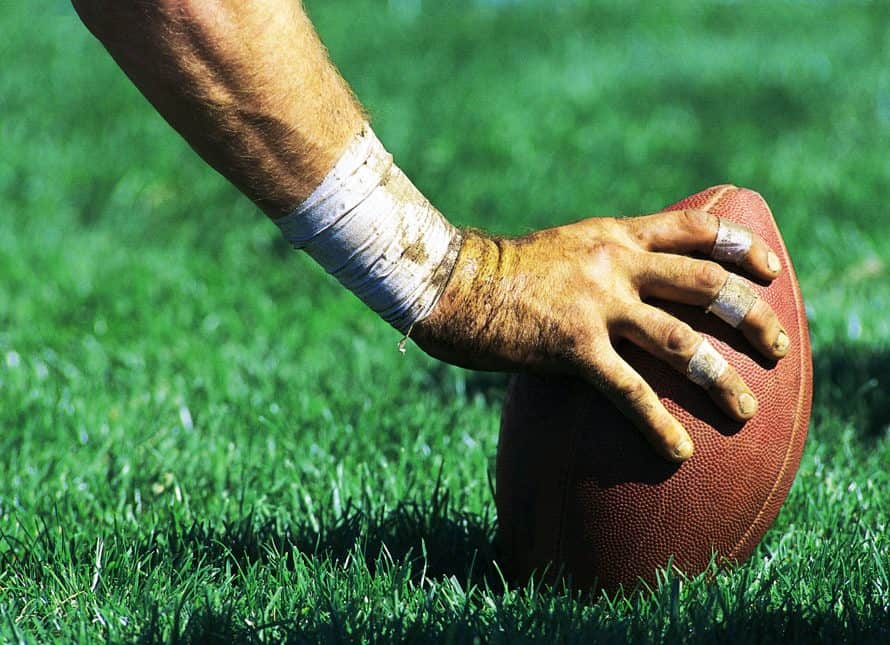 For churches that have Sunday night activities, most pastors say it’s still “game on” despite the big game next weekend.

According to a new study from Nashville-based LifeWay Research, 68 percent of Protestant pastors say their church typically has some activity on Sunday night. And among those pastors, almost 6 in 10 (59 percent) say they will continue as normal on the night of the Super Bowl.

“It is easy to think everyone is watching the game,” said Scott McConnell, executive director of LifeWay Research, “but even during the Super Bowl, millions of Americans are doing other things that are important to them. For many, that includes attending church.”

While most continue on, other pastors say they make some type of adjustments.

Almost a quarter of pastors (24 percent) say they change things to include watching the game. Another 12 percent adjust their Sunday night plans in other ways.

Only 5 percent of churches that normally have activities on Sunday evenings plan to cancel those entirely.

According to CBS, which broadcast the 2016 Super Bowl, 167 million viewers watched all or part of the game. This made the game the most watched TV broadcast in history, drawing in 52 percent of the U.S. population to at least part of the Denver Broncos’ victory over the Carolina Panthers.

Having more than half of the country watch the Super Bowl creates an issue for churches that usually have activities during that time.

“While Christians believe the truth does not change, we recognize practices often do,” said McConnell. “Churches face a difficult task of navigating between wanting to remain countercultural and still reaching the culture. In this study, we find churches coming to different conclusions for their congregation and local context.”

Pastors of churches with fewer than 100 in attendance are likely to continue as normal on Super Bowl Sunday night. Almost 7 in 10 (68 percent) said their church’s activities would go on as usual. Churches with 100 or more were much more split, with slightly more than half (52 percent) continuing as normal.

Meanwhile, pastors 18 to 44 are more likely to cancel Sunday night activities (8 percent) compared to those 65 and older (2 percent).

“The church is one of the few places in our country where people in a community still gather together each week, but the Super Bowl has become an event that also brings groups together,” said McConnell.

“Churches are faced with a choice: Do we want to compete with the game, incorporate it somehow, or ignore it? There’s no consensus answer among Protestant pastors.”

The phone survey of Protestant pastors was conducted Aug. 22-Sept. 16, 2016. The calling list was a stratified random sample, drawn from a list of all Protestant churches. Quotas were used for church size. Each interview was conducted with the senior pastor, minister or priest of the church called. Responses were weighted by region to more accurately reflect the population. The completed sample is 1,000 surveys. The sample provides 95 percent confidence that the sampling error does not exceed plus or minus 3.2 percent. Margins of error are higher in sub-groups.

LifeWay Research is a Nashville-based, evangelical research firm that specializes in surveys about faith in culture and matters that affect churches. 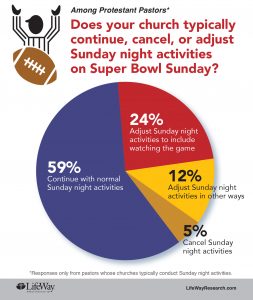