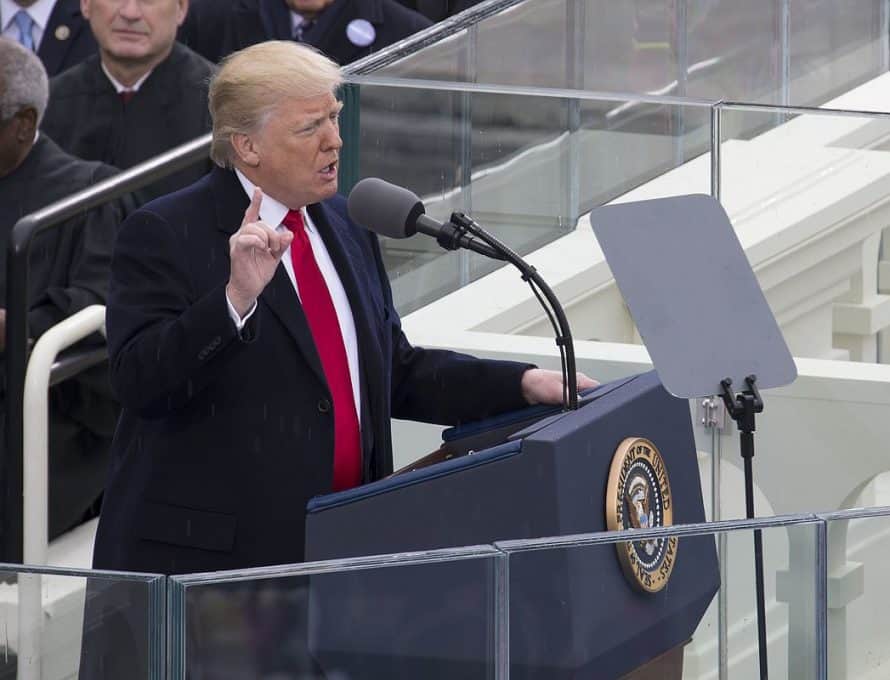 WASHINGTON (BP) – Americans will once again come first in their own country, Donald Trump said Friday (Jan. 20) after being sworn in as the 45th president of the United States.

In his 16-minute inaugural speech, Trump told the crowd gathered on the west lawn of the U.S. Capitol and the national mall, “What truly matters is not which party controls the government but whether our government is controlled by the people. January 20, 2017, will be known as the day the people became the rulers of this nation again.”

Trump – the billionaire businessman who shocked many observers by defeating a crowded field of Republican opponents before upsetting Democratic nominee Hillary Clinton – took the oath of office from Chief Justice John Roberts and succeeded Barack Obama, who served eight years as the first African-American president.

His victory in November concluded a rancorous political campaign that featured not only a deep division among Americans but a clear difference of opinion among Southern Baptists and other evangelical Christians regarding his candidacy.

In his speech, Trump sought to appeal to all citizens, saying, “We share one heart, one home, and one glorious destiny. The oath of office I take today is an oath of allegiance to all Americans.

“When you open your heart to patriotism, there is no room for prejudice.”

Trump said of citizens who desire good schools and jobs, plus safe neighborhoods, “These are just and reasonable demands of a righteous people and a righteous republic.”