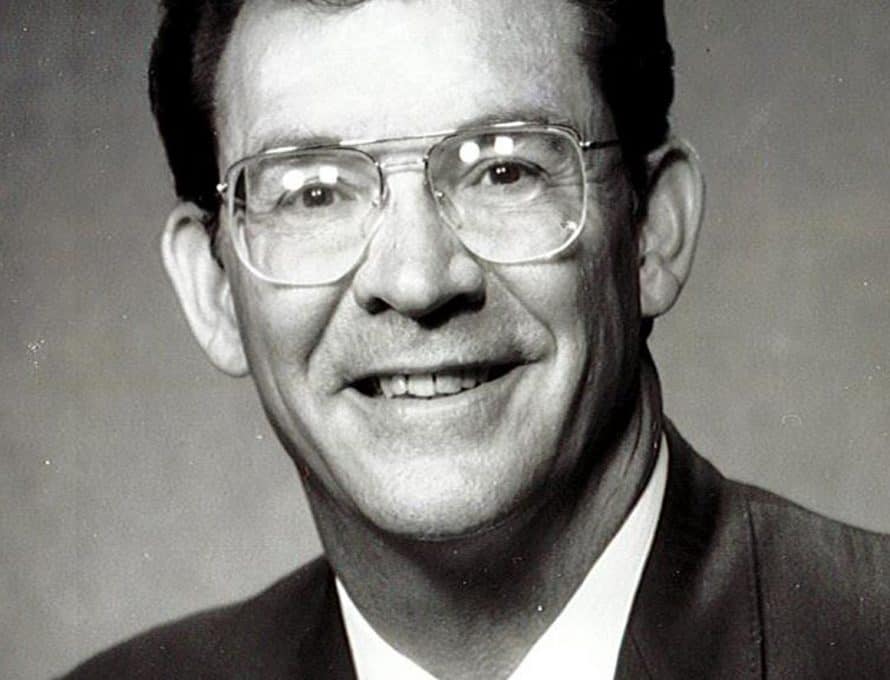 TYLER, Texas (BP) — Paul Powell, former president of the Southern Baptist Convention’s Annuity Board, died Dec. 28 following a stroke earlier in the month. He was 83.

In addition to leading the Annuity Board (later renamed GuideStone Financial Resources) from 1990-97, Powell pastored Green Acres Baptist Church in Tyler, Texas, 17 years; served as president of the Baptist General Convention of Texas in the mid-1980s; chaired Baylor University’s board of regents; and became dean of Baylor’s Truett Theological Seminary in 2001.

GuideStone President O.S. Hawkins, Powell’s immediate successor, called him “a strong advocate for our participants throughout his tenure” at the helm of Southern Baptists’ financial services entity.

“He guided the Annuity Board with integrity and skill,” Hawkins said in a statement. “When we took over stewardship of this ministry, he was a trusted adviser and made the transition in leadership as seamless as possible. Our prayers and our hearts go out to his family during these days.”

When Annuity Board trustees unanimously elected Powell — then a fellow trustee — to lead the entity in 1989, he declined initially. However, after three weeks, he told the presidential search committee chairman, “I can find no peace in the answer I gave you. If you still want me, I will come,” according to a Baptist Press report at the time.

Powell said a key factor in his change of mind was a letter from his boyhood pastor that quoted Matthew 25:23, which teaches that faithful stewardship over a small area of responsibility can yield a larger field of influence.

Upon his retirement from the Annuity Board, the SBC Executive Committee adopted a resolution noting Powell “provided excellent leadership, effectively sharpening the focus of Southern Baptist pastors on proper stewardship in preparing for retirement.”

Powell also “effectively educated the Southern Baptist family concerning its responsibility for the care and provision for their pastors,” the resolution stated.

Prior to his Annuity Board presidency, Powell led Green Acres to grow from approximately 700 in Sunday School to 3,000. The congregation baptized 202 people during his final full year as pastor and was active in international missions, particularly in Belize, according to a 1989 BP report.

Ken Brumley, pastor of Green Acres’ GraceWorks Ministry and a friend of Powell’s, told the Tyler Morning Telegraph that as pastor, Powell “was a worker and he expected the same work ethic out of” staff members. He emphasized to the staff “that people are more important than programs or anything else.”

Powell was a Baylor trustee in 1990 when the board voted to become self-perpetuating rather than continue the traditional trustee selection process through the BGCT, according to a 1994 BP report. The next year, he was elected chairman of Baylor’s newly created board of regents and helped secure a compromise that allowed the BGCT to name 25 percent of trustees.

Powell was rumored to be a candidate for Baylor’s presidency in 1994, according to BP. As dean of Truett Seminary from 2001-07, Powell saw enrollment double to nearly 400 students and the endowment increase by more than $38 million, according to media reports.

Powell received a bachelor of arts degree from Baylor, a master of divinity from Southwestern Baptist Theological Seminary and honorary doctorates from four Baptist institutions.

The author of more than 50 books, Powell wrote in this 1998 book “The Life Beyond” that if he knew the date of his last night on earth, he would spend it saying goodbye to his “personal treasures,” loved ones and earthly body and “then … spend some time looking forward in anticipation to the adventure of eternity.”

He is survived by his wife of 62 years, Cathy; his children Mike and Lori; and three grandchildren. He was preceded in death by his son Kent as well as his parents Jodie and Mary.