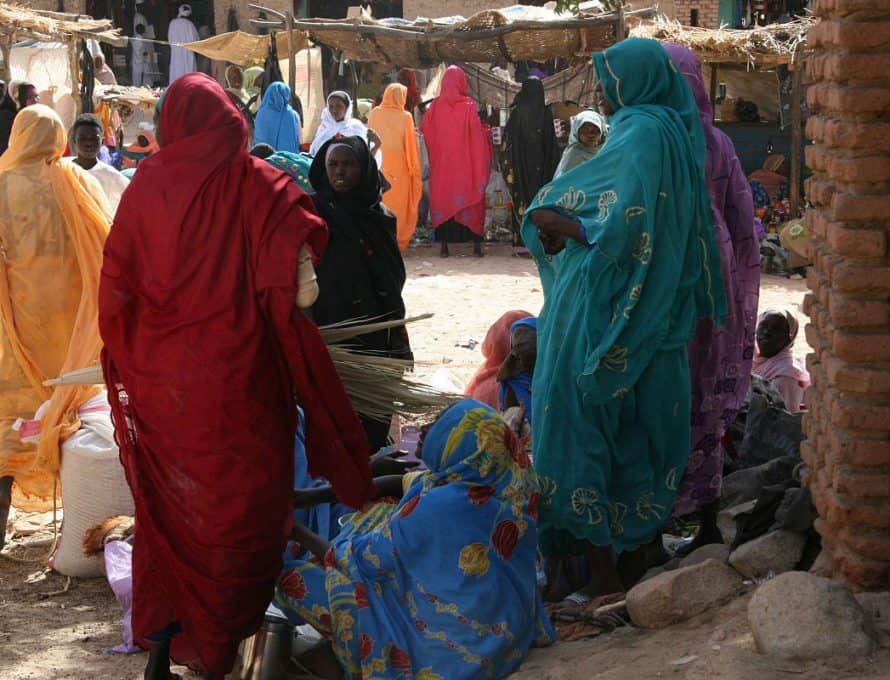 KHARTOUM, Sudan (BP) — A court in Khartoum, Sudan, released a pastor from prison Jan. 2 after acquitting him of charges punishable by the death penalty, sources said.
Kwa (also spelled Kuwa) Shamaal was acquitted of charges ranging from spying to inciting hatred against the government, his attorney Muhanad Nur said.

“Yes, he was released today after the court found that he was not guilty of the charges brought against him,” said Nur, part of the team of lawyers defending Shamaal and three other Christians.

Head of missions of the Sudanese Church of Christ (SCOC), Shamaal had been arrested without charges from his home more than a year ago on Dec. 18, 2015. Three other Christians are also facing charges, and Nur expressed hope for their release. The next court hearing is scheduled for Jan 9.

SCOC church leaders expressed joy upon Shamaal’s release. “Thank God for his release,” one leader said. “We were sure he was innocent.”

The court charged Shamaal’s colleague Hassan Abdelrahim Tawor, Czech aid worker Petr Jasek and Abdulmonem Abdumawla of Darfu with crimes against the state punishable by death. The charges include espionage, waging war against the state and gathering false news information, as well as inciting hatred between classes. Tawor, also a pastor, had been arrested on the same day as Shamaal.

Shamaal was released three days after his 2015 arrest and had been required to report daily to the offices of the National Intelligence and Security Services (NISS) until Jan. 16, 2016. But he was re-arrested on May 25.

Both Shamaal and Tawor were charged with trying to tarnish the image of Sudan’s government by collecting information on Christian persecution and genocide in the Nuba Mountains. The charges included collecting information for “other parties hostile to Sudan.” The pastors were accused of conducting intelligence activities and providing material support for Nuba rebels in South Kordofan under two charges that carry the death penalty — waging war against the state (Article 51 of the Sudanese Criminal Code) and spying (Article 53).

Arrested in December 2015 on similar charges were Jasek and Abdumawla, who initially said he was Muslim but later admitted he was Christian. Abdumawla was arrested after he began collecting money to help a friend, Ali Omer, who needed treatment for burns suffered in a student demonstration. Abdumawla contacted Tawor, who donated money for Omer’s treatment and thereby raised the ire of Sudanese authorities, Christian Solidarity Worldwide (CSW) said.

Prosecutors charged Jasek with “tarnishing Sudan’s image” by documenting persecution. He is also charged with waging war against the state, reportedly based on an accusation that he gave money to “some individuals” in South Kordofan in 2012, allegedly including rebel fighters.

At one hearing, NISS official Abbas el Tahir accused the defendants of conducting “hostile activities against the state that threaten the national and social security” in Sudan, according to Netherlands-based Radio Dabanga.

“Since 2012, we banned organizations or individuals working against Sudan,” El Tahir reportedly said. “However, these NGOs still work and plan to threaten the national security and harm the society’s interest.” He accused aid organizations of publishing false reports against Sudan.

Foreign diplomats and international rights activists have taken notice of the case since Morning Star News broke the story of the arrest of the two pastors in December 2015. Their arrest is seen as part of a recent upsurge in harassment of Christians.

Most SCOC members have roots among the ethnic Nuba in the Nuba Mountains of Sudan’s South Kordofan state, where the government is fighting an insurgency. The Nuba along with other Christians in Sudan face discrimination, as President Omar Al-Bashir has vowed to introduce a stricter version of Sharia (Islamic law) and recognize only Islamic culture and Arabic language.

The International Criminal Court has issued an arrest warrant for Al-Bashir in connection with war crimes in Darfur. Due to its treatment of Christians and other human rights violations, Sudan

has been designated a Country of Particular Concern by the U.S. State Department since 1999, and the U.S. Commission on International Religious Freedom recommended the country remain on the list in its 2016 report.