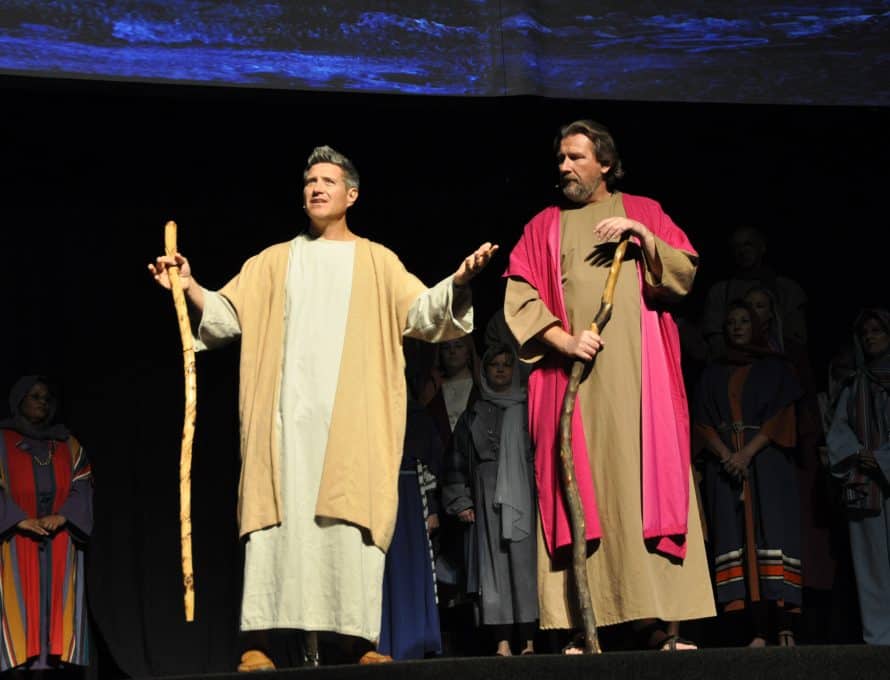 ST. AUGUSTINE, Fla. (BP) – Michael Arnold and his family were among hundreds of St. Augustine residents who fled their homes two months ago as Hurricane Matthew trailed close behind.

And while St. Augustine, known as the nation’s oldest city, didn’t take a direct hit from the hurricane, coastal flooding from its storm surge and near-hurricane-force winds wreaked havoc and destruction for many who call it home.

When the bridges reopened and Arnold returned home after a three-day mandatory evacuation, he discovered his garage had been flooded and roof would need to be replaced, while residents just one street away experienced catastrophic damage. “We’re living in our house,” Arnold said thankfully.

The first weekend of December marked another homecoming of sorts for Arnold as he and more than 200 members of Anastasia Baptist Church debuted their Christmas musical, “The Innkeeper Presents – We Call Him Savior.”

The play, which chronicles the life of Christ from His birth to His crucifixion, resurrection and expectant return, was written and produced by church members Donna and Ray Garner.

For Arnold, who played a minor role in the church’s Christmas musical two years ago, the opportunity to play the role of Jacob, a modern-day innkeeper, is symbolic of his real-life discovery of Jesus as his personal Savior.

“I’m a new man,” Arnold, a 46-year-old language arts teacher, said of his spiritual rebirth in mid-life. “I’m completely different than I was just two years ago.”

Ray Garner, 68, a financial planner and former church planter/music minister, said that’s “the number one purpose” of the script his wife wrote to go along with the 19-song arrangement, which also includes several original lyrical and musical compositions written by church members.

“Our purpose is to equate the baby in the manger with the God-man who went to the cross and was crucified and resurrected,” Garner said. “He had to die so that we could live.”

David Elder, Anastasia Baptist’s worship pastor since 2005, said that since the church’s first production of “The Innkeeper” in 2009, new characters, plot developments and musical compositions were added in 2010 and with each subsequent production every two years.