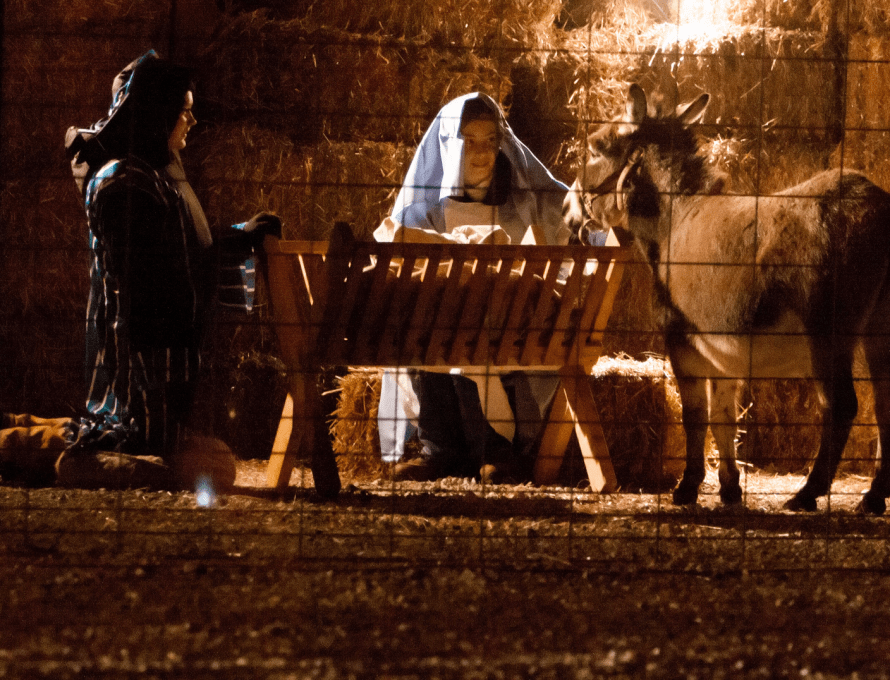 RUSSELLVILLE – The little town of Bethlehem is back and bigger than ever. Considering how the drive-through nativity at Corticelli Baptist church ended last Christmas, that’s saying something.

A fire sparked by a light that blew into a hay bale took 20 firefighters two hours to douse, but the charred and soaked ground did not dampen the church’s resolve to tell the true story of Luke 2 to its community.

The sets and props themselves – and the actors and livestock – were all miraculolusly unharmed. Kathy Volkart, the nativity’s director, said the church’s response and desire to continue was overwhelming.

“All we lost was hay and the chance to tell the story that night,” she said. “But because of that, we’ve had people tell us they want to come early because they missed it last year. That’s exciting to hear.”

“We decided to try to enhance it,” she said. “Last year, almost 700 people came through, but we want to accommodate even more and add to the scenes and withe three choirs. We’re just praying that God will use it to glorify Himself.”

Volkart said that during last year’s fire-shortened event, they were surprised by the number of people who wanted give them money, so much so that it held up traffic.

“We didn’t accept it,” she said. “This is our gift to the community and to the Lord.”

Volkart said she thinks they can top last year’s two-day total of more than 400 cars and 682 people. That’s not bad, considering the population of Russellville is less than 800 and 100 of those are part of the church’s production.

“We take it for granted that everyone knows the Christmas story, the birth of Jesus and why He came,” she said. “But not everyone has heard, and maybe those who have heard but forgotten will be inspired to put Christ back in Christmas.”