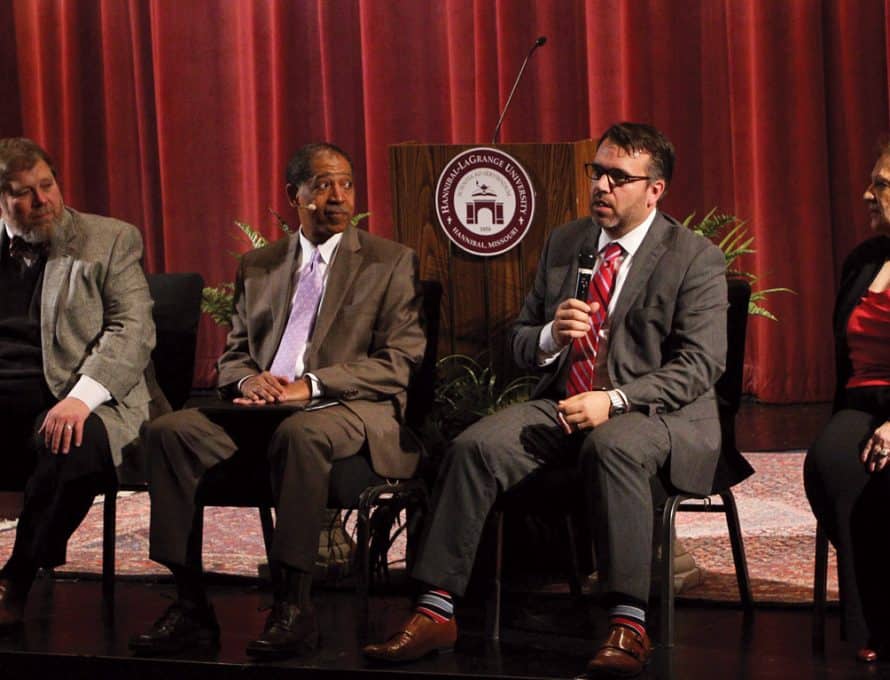 KANSAS CITY – It’s an annual event our house – the celebration of the day our children became part of our family forever. “Gotcha Day” or “Adoption Day” features ice cream, pictures, favorite meals, and a recounting of their unique adoption story.

Like most families, we share these moments online. But this year, our celebration angered individuals in the recently emboldened alt-right movement. The alt-right or “white nationalists” as some call them, are a grouping of far-right individuals that truly believe the best solutions for our country comes from separating races. Some have blamed the rise of the alt-right on the current political climate, others on the rapid expansion of politically-correct cultural change. Whatever the rationale, the trolls from the alt-right assured my racially mixed family that I was a disgrace to whites everywhere and that I was most assuredly “going to hell” for violating God’s racial laws. Even worse, according to these individuals, I was “cucked.”

Perhaps you aren’t familiar with this term, but it tends to be a favorite of the alt-right to refer to Christians who take a stand for racial equality. Historically the term “cuck,” or “cucked,” implied a lack of masculinity and virility – particularly to a husband of an adulterous wife or to men who unwittingly invest parental effort in raising children not connected to them genetically. Creating familial relationships through adoption that bridge the racial divide are case-in-point. Even integrating churches or ministries that work with refugees are seen as cowering to the Political Culture and therefore, weak. Churches taking Biblical stands on these issues become demonstrative of “Cuckservative Christianity,” “Cuckianity,” or “Cucked Christianity.”

For the alt-right, white nationalist, race is tied to cultural expression so that certain races inherently possess cultural markers. For those cultures to then flourish and reach their natural ends, the races should be separated and become their own nations. For many, the white, European race needs to reclaim its uniqueness and primacy and therefore protect its cultural heritage. It’s the grand reversal of the identity politics of the left.

This isn’t a new idea launched during a 2016 political campaign. Incredibly prescient, Carol M. Swain identified this Nationalist impulse present in American culture over 15 years ago. Her book, The New White Nationalism in America: Its Challenge to Integration deserves a close read by anyone seeking answers to the longer history of this movement. Swain, quotes Dan Gayman, leader of the Church of Israel, a Christian Identity/white nationalist movement located in Missouri, “Most white Americans believe in their hearts in the doctrine of racial separatism even if they are too intimidated by its current disfavor in the media and elsewhere to openly acknowledge their beliefs.”

In a post-2016 election cycle that empowered many of radicalized groups on both sides of the aisle, the cultural filter Gayman referenced has lifted. It’s gone. The attacks have gone mainstream.

Swain argued that a variety of economic as well as cultural currents could ultimately lead to the challenges we are facing today. Her suggestion? The solution has to come from the church.

But this concept is often missed by many in America. The Gospel decimates our broken and sinful concepts of race! Jesus’ victory on the cross ended the hostility between Jew/Greek, male/female, black/white/Hispanic/Asian. It doesn’t erase our ethnic heritage or unique attributes – this is not an “I don’t see race” proclamation. Instead, it is a new vision that despite these differences, we are placed into a new family where we become one because of Christ. Ephesians 2:14 is especially poignant: “For He (Christ) himself is our peace, who has made us both one and has broken down in his flesh the dividing wall of hostility.” We are one in Christ. Period.

But every Sunday, we bring our wretched, broken souls into the gathering place of our churches carrying discrimination against each other or those outside of our doors. How should pastors respond to this reality?

Understand that the media is not “fabricating” or “creating” stories of the rise of an emboldened, racially motivated alt-right. While I believe they are a very small, yet loud, subset of the population, they are doing everything they can to target the young, the disenfranchised, and the poor with their racially charged message. If Swain’s research bears out, this group will continue to see gains if the seed of their teaching is watered and left unchecked.

Your brothers and sisters in Christ who are part of a minority group may actually carry some justified fear about what might happen to them during this presidential transition. If you are not listening to them, please take time to consider what they are feeling and hearing in their congregations.

You must remain vigilant about issues of race and racial reconciliation. Pastors must preach the peace and healing that comes through Christ alone. Beyond preaching,