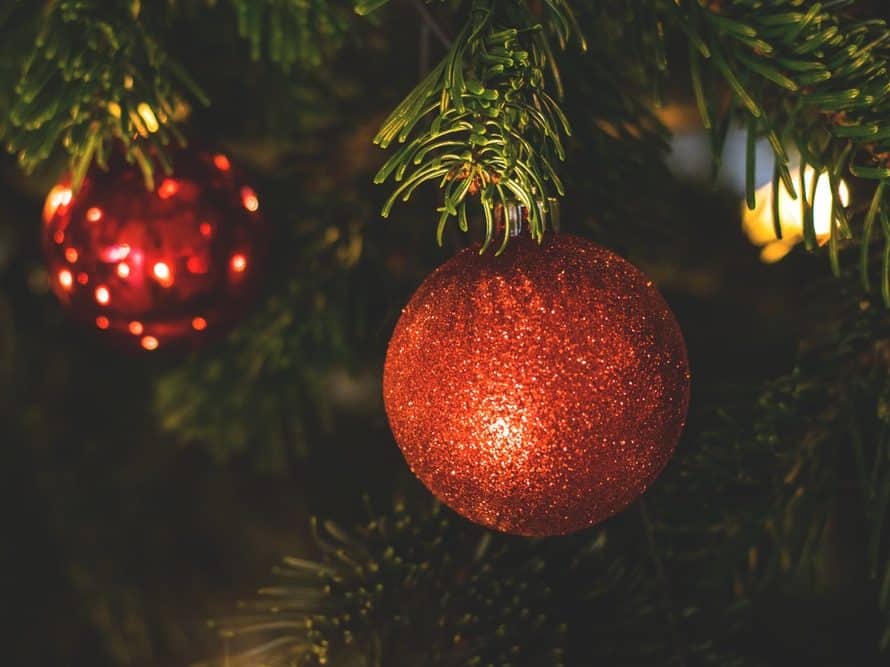 NASHVILLE, Tenn.—More than half of Americans plan to go to church at Christmastime.

And most Protestant pastors will keep the doors open for them.

Nearly 9 out of 10 Protestant senior pastors say their churches plan to hold services on Christmas Day and New Year’s Day, as both fall on a Sunday, according to a recent survey from Nashville-based LifeWay Research.

More than 7 in 10 Protestant senior pastors say their churches plan to hold Christmas Eve services. And more than a few will be open on New Year’s Eve.

“Christmas is o­­ne of the busiest times of the year especially at churches, with many churches having extra Christmas Eve services and special programs,” said Scott McConnell, executive director of LifeWay Research. “If Christmas falls on Monday through Saturday, churches might be closed on Dec. 25—but almost never on a Sunday.”

The Christmas season has become a major outreach focus for many churches, with more than half of Americans saying they visit church for Christmas. Many of those who don’t go usually to church are open to an invitation during the holidays, according to previous LifeWay Research studies.

At some influential megachurches, thousands of visitors will flock to special Christmas events. In the past, that’s led some to cancel worship when Christmas falls on a Sunday.

But few pastors seem to follow their example, according to LifeWay Research’s phone survey of 1,000 Protestant senior pastors. Eighty-nine percent say their church will hold services on Christmas Day.

Small churches and large churches are slightly less likely to be open for Christmas.

LifeWay did find some demographic differences in attitudes among pastors. White pastors (86 percent) are more likely to say their church will worship on New Year’s Day. African-American pastors (65 percent) are less likely.

New Year’s Eve services, known as Watch Night, began with the Moravians in the 1700s and were later picked up by Methodists. African-American churches trace their tradition of holding services on New Year’s Eve to “Freedom’s Eve” in 1862, when congregations counted down until the Emancipation Proclamation took effect with the start of a new year.

Pastors of larger churches—those with 250 or more attenders—are more likely to say their church will have Christmas Eve services than pastors of small churches (64 percent) with fewer than 50 attenders.

Lutheran (93 percent), Methodist (90 percent) and Presbyterian/Reformed (85 percent) churches are more likely to have a Christmas Eve service, according to their pastors. Baptist (65 percent), Holiness (62 percent), Pentecostal (54 percent) and Church of Christ (46 percent) congregations are less likely.

Previous LifeWay Research found nearly two-thirds (63 percent) of Americans say churchgoing should be part of Christmas. About 6 in 10 say they usually show up for a church service for Christmas. Among those who skip church at Christmas, 57 percent would accept an invitation to attend a service.

McConnell said the Christmas story remains a symbol of hope for many people, even those who don’t regularly go to church. The story keeps drawing people back, he said, because it helps them connect with the core message of the Christian faith.

“The incarnation of Jesus is one of the greatest celebrations of hope that Christian churches observe,” said McConnell. “It is amazing enough that God himself would become a man. But because Jesus paid the ransom for people’s sin, His arrival became the birth of hope for all mankind.” 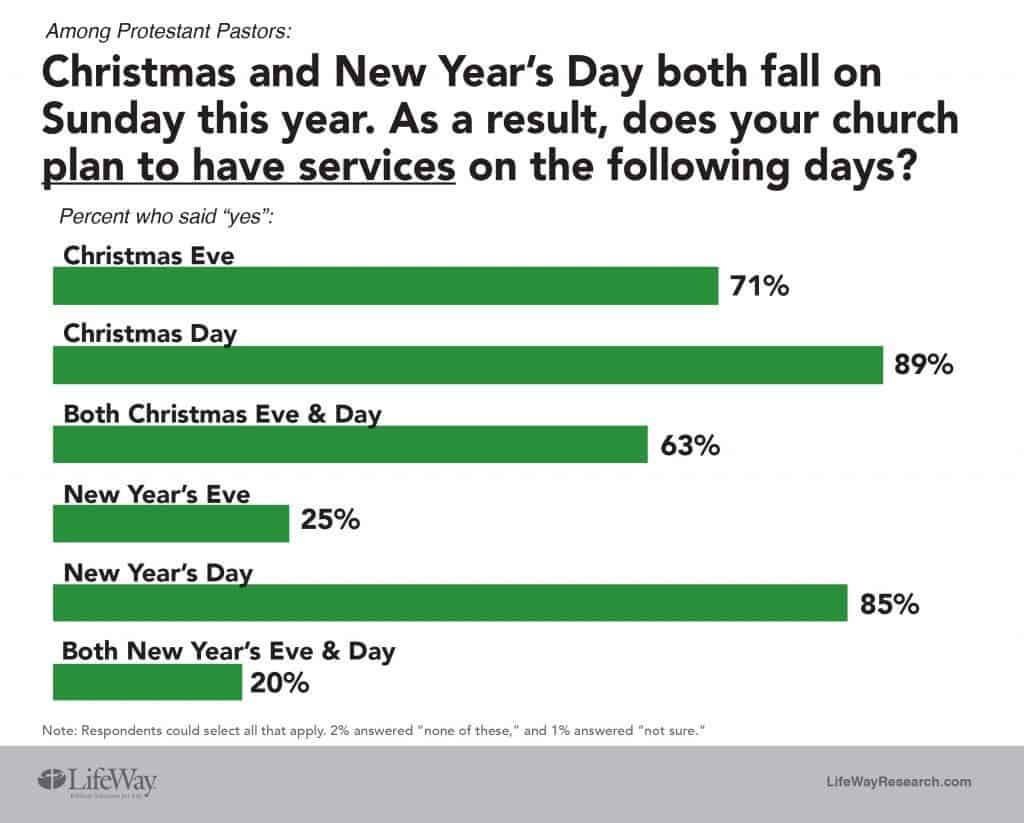