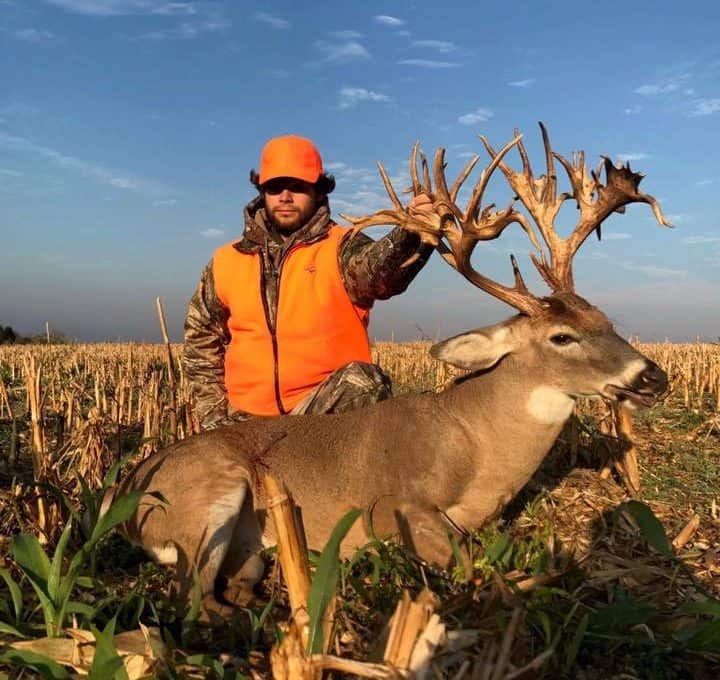 NASHVILLE – Stephen Tucker of Gallatin, Tenn., was baptized, had a birthday and shot a potentially world-record-breaking buck all in the same week. BP Photo

NASHVILLE (BP) – As his pastor said at Stephen Tucker’s baptism, it had been a good week. First he bagged a 47-point buck that may break the world record for largest antlers ever measured, then it was his birthday and then he followed the Lord in believer’s baptism.

Tucker, of Gallatin, Tenn., was baptized Nov. 13 at First Baptist Church in Hendersonville, Tenn., where pastor Bruce Chesser explained Tucker had been a believer for years but had not demonstrated his faith through baptism. Last week, Tucker decided it was time.

As he testified to the congregation that Jesus is his Lord and Savior, Tucker’s name was quickly making the rounds on Internet news sites as articles recounted how he pulled off every hunter’s dream.

Tucker, 27, first saw the prize buck on a Sumner County farm Nov. 5 and tried to shoot him with a muzzleloader, but the gun misfired.

“That morning, he came out in front of me, but it was too dark to see,” Tucker told The Gallatin News. “He had a scrape right behind my blind. Thirty minutes later, I heard something, so I turned to my right and didn’t see him. When I turned back around, there he was.”

The buck was 40 yards away.

When Tucker shot the deer, the animal ran about 80 yards.

“When we went down there, we couldn’t find a blood trail. It wasn’t until about 50 yards that we found a good blood trail. I started to get nervous. I started wondering if I had taken a good shot. I was relieved when we found the blood, and in about 30 more yards, there he was.”