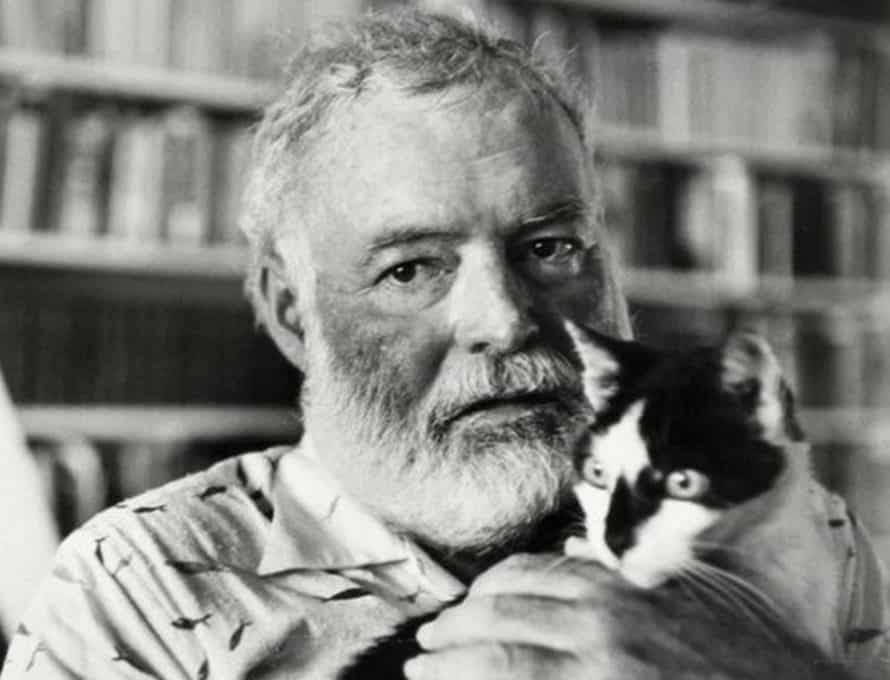 KANSAS CITY, Kan. (BP) – Ever since I can remember, I have been influenced and mesmerized by the arts. That said, I find it sad when creators such as musicians, writers or filmmakers fail to acknowledge the Creator.

It pleased God to grant certain men and women extraordinary artistic ability, even knowing many would use their talents to glorify themselves rather than Him who formed the heavens and the earth. Despite this fact, I have often appreciated the gifts of those who don’t seemingly focus on spiritual matters.

Aldous Huxley said of Ernest Hemingway’s writing style, “He writes in the white spaces between the lines.” Here’s an example of what Huxley was referring to. Hemingway once wrote a story in just six words. He called it his best work:

If you concentrate, you see an entire heart-wrenching story within those few words and their spaces. Being a one-time writer of fiction, I came up with a few good concepts but, unlike Papa Hemingway, I was unable to write between the lines. Though I have never questioned God’s reasoning for my limited capacities, it’s sometimes frustrating, as a dedicated follower of Jesus, not to be able to write the Christian equivalent of a Hemingway classic.

What Hemingway did with the written word, Frank Sinatra did with his voice. He sang of love and life with passion and bravado. I’m not in agreement with every lyric he crooned, but I certainly admire Sinatra’s style, versatility, musical range and storytelling flair.

Moments in the cinema have humbled me, a one-time thespian, as I have viewed great actors bring to the screen emotions most of us struggle to convey in real life. Adoration: Ilsa (Ingrid Bergman) in “Casablanca” looking up at her husband with a look that borders on worship as he stoically conducts France’s “La Marseillaise.” Resolve: Gregory Peck in “To Kill a Mockingbird” as lawyer Atticus Finch defending Tom Robinson. Humor: Professor Julius Kelp (Jerry Lewis) attempting to lift weights in the original “The Nutty Professor.”

Some may argue that we should only support artists and entertainers who follow Christ. Their view has merit. For while the music of Mozart belongs to the hearts of the world, the spiritual harmony found in Handel’s “Hallelujah, Amen” and his “Hallelujah Chorus” belongs to that which lives on: the soul of man.

Ultimately, art should teach, edify and, most importantly, draw us to our maker. Still, I maintain that God occasionally uses the genius of worldly performers to nurture us.

There is, however, a secret to enjoying the work of those who have not yet surendered to Christ.

We must first realize that while truth can sometimes be found in man’s aesthetic expressions, the truth is always found in God’s Word. What’s more, along with discovering God’s path for our lives, there is a bonus to studying biblical passages: Nowhere is prose or poetry more vivid, more profound than in God’s inspired Holy Bible.

Take, for example, the 23rd Psalm:

“The Lord is my shepherd; I shall not want. He maketh me to lie down in green pastures; he leadeth me beside the still waters. He restoreth my soul; he leadeth me in the paths of righteousness for his name’s sake. Yea, though I walk through the valley of the shadow of death, I will fear no evil; for thou art with me; thy rod and thy staff they comfort me…. Surely goodness and mercy shall follow me all the days of my life; and I will dwell in the house of the Lord for ever.”

The psalm is so commonly quoted that the poetic dimension in those verses can be taken for granted. But when we intently listen as we read the words, a spiritual bond occurs between Creator and reader.

I think it’s OK to listen to Sinatra or read Hemingway. But to discern man’s ways from God’s, we must be grounded in spiritual understanding. Teachings found in the Scriptures are the armor needed to protect us from the world’s misconceptions. When His truths are embraced, we can fully appreciate a sublime glory that worldly artists constantly seek.