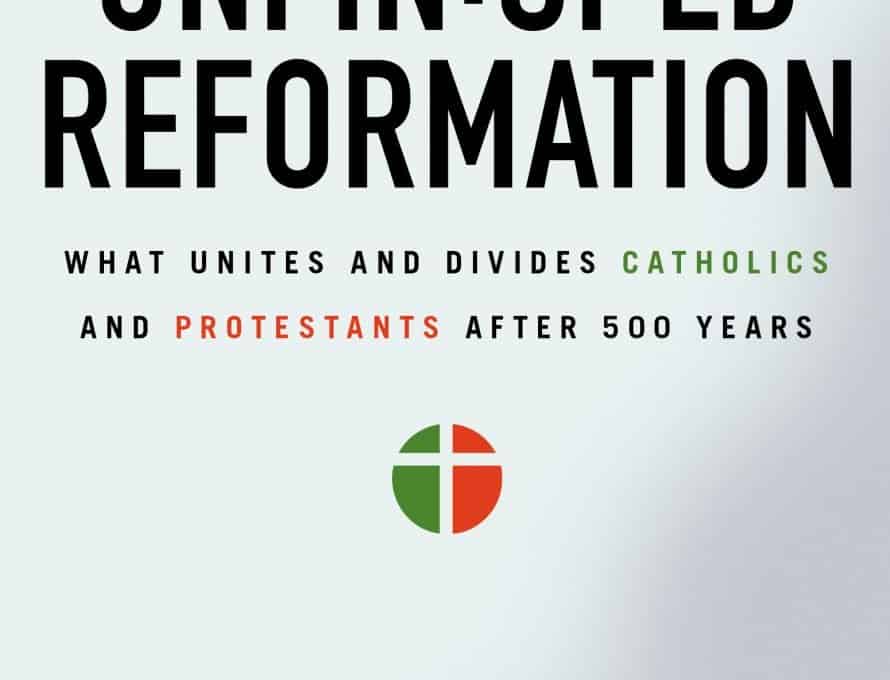 LOUISVILLE, Ky. (BP) – With the approaching 500th anniversary of the Protestant Reformation, the need for clarity on the commonalities and differences between Catholics and Protestants grows ever more urgent, according to the authors of “The Unfinished Reformation.”

Gregg R. Allison, professor of Christian theology at Southern Baptist Theological Seminary, and Chris Castaldo, lead pastor of New Covenant Church, Naperville, Ill., provide a thorough and careful examination of the issues at stake. Both authors have experience with Catholicism: Allison served with CRU, formerly known as Campus Crusade for Christ, at Notre Dame and was a missionary to Italy, and Castaldo was raised Roman Catholic and later converted to evangelicalism.

“The spread of the Reformation has spawned five centuries of extraordinary innovation and flexibility, but it has also generated a considerable amount of religious instability and even division,” the authors write in the introduction. “Greater familiarity and affinity with the pope, cooperation on social issues, the charismatic renewal, missional ecumenism, formal religious dialogues, and development of doctrines … have all caused centuries of hostility to cool. But does this mean the Reformation is now finished?”

Allison and Castaldo identify the dividing lines between Protestants and Catholics as essentially the issues of authority and salvation. According to the authors, Catholics understand authority through the lens of a Christ-Church interconnection, in which the presence of Christ is expressed solely through the Roman Catholic Church, making it the only true church and thus the arbiter of the biblical canon and the mediator of salvific merits. And while Catholics and Protestants agree on the nature of salvation as Trinitarian, they disagree on whether salvation can be merited through the culmination of a righteous life or is wholly a free gift of God.

While expressing clear disagreement with Catholic doctrine on such issues as Scripture and interpretation, the role of Mary in the church, the nature of the sacraments, and justification by faith alone, Allison and Castaldo preface their critique by honoring the personal and cosmic hope on which Protestants and Catholics stand together and the shared stream of historic confessions on the Triune God.

“We encourage our fellow Protestants to respect the Catholic Church as part of the Christian tradition, albeit one that contains serious error,” they write. “However, we should also acknowledge that for all its errors, it is categorically different from [theological] cults such as the Mormons and Jehovah’s Witnesses, which explicitly repudiate the creeds, the deity of Christ, and other fundamentals of the Christian faith.”

Protestants and Catholics can also find agreement on theological issues in the public square, like vocal opposition to abortion and the changing sexual norms in society. Since religious liberty continues to be threatened, Allison and Castaldo point to the need for a renewed co-belligerence – public alliances between religious groups based on their shared concerns.