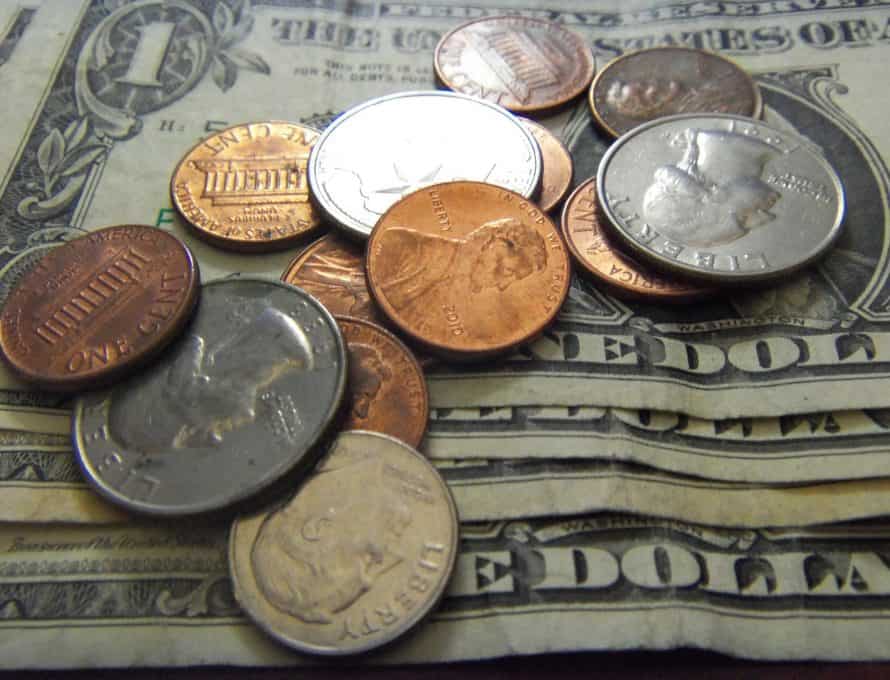 You are making a difference by taking another step of faith.

Five years ago (2011) Sharon and I came to Missouri as I was called to serve as Executive Director/Treasurer. As advocates for the Cooperative Program, we believed the Lord wants to do something amazing through people and churches who trust Him. We are confident that the highest percent of dollars actually engaged in the work of supporting missionaries in the state, the nation, and the world happens best cooperatively.

While numbers are not the most important measurement for God’s people, financial trends illustrate important progress toward the stewardship of the resources the Lord has entrusted to a church or a convention of churches. Collectively, Missouri Baptists have been on a marked increase of resources flowing through the MBC to SBC ministries.

To attain that increase several things had to change. First, our pastors and church leaders began to re-dream the dream of cooperative ministry to reach our state, the heartland, and the nations with the gospel. Several churches embraced the “1% Challenge” promoted by the SBC. That small increase makes an enormous impact.  And such an impact is needed for our missionary deployment and the theological education of our next generation of leaders. In Missouri, Midwestern Seminary has experienced miraculous growth because people are being called, and cooperative ministry is making it possible for students to gain first-class ministry preparation without loads of debt.

Second, the MBC missionary staff had to become much more efficient in our work to reach the lost in Missouri. A 20 percent reduction of full time employees is not pleasant, but doing so demanded that we reorient our work around a vision of transforming lives and communities with the gospel with a mission of working with cooperating Missouri Baptists to discover and make disciples, multiply churches here and everywhere, and develop godly leaders in our churches and the various domains of life. This transition is beginning to gain traction.

Third, we had to overcome the impact of the North American Mission Board restructuring that eliminated all of our jointly funded employees and reduced our church planting dollars from NAMB to $300,000. This made the task of MBC reductions more difficult because of the transitions NAMB was making at the same time. The timing was not good, but NAMB was attempting to reach North America through high impact ministries in the great urban centers of our nation. So, it was necessary for them to recalibrate their partnership grants to large states like Missouri.

Fourth, our entities experienced slight decreases in CP funding, while we were allocating more dollars toward SBC ministries. We have great educational institutions training tomorrow’s leaders. We have one of the most phenomenal care ministries anywhere in the world through our Missouri Baptist Children’s Home.  They are worthy of our support because each of these ministries could line up hundreds of testimonies of impacted lives for the sake of the gospel. And those changed lives are the result of Missouri Baptists’ generosity. At the same time, the stress of a culture in conflict with Christian convictions has increased the level of insecurity about the future funding of our entities from outside sources. For these reasons, we may need to consider increasing our CP allocation for these great in-state entities

Fifth, we had to increase our stream of communications to more people in the pews of Missouri Baptist churches. Consequently, The Pathway became an open circulation publication (without charge to the recipient) and digital communications have been greatly enhanced. The stories of God at work in and through the lives of Missouri Baptists are amazing. The more we tell the stories, the more people understand what their dollars go toward at their church and through their church’s support of CP.

Considering all these factors, I want you to know how very grateful I am for every church that makes a step of faith to be engaged in cooperative ministry. I’m proud of the work our churches do together for the gospel.

Just the other day at offering time, I saw one of our leading pastors take a ladder and unfold it. He explained that just like there are rungs on a ladder, there are steps in being faithful to God with our giving. On the bottom level are those who are just beginning the journey. They don’t give much but they can take the first step of being sporadic givers. Next, they can take a step of faith to become consistent givers, and then tithers. Tithers give faithfully and honorably to their local church, and yet they can take another step to become generous givers who know what it feels like to hilariously give because the world’s obligations have no hold on them.

No matter where people are on the journey, they can always