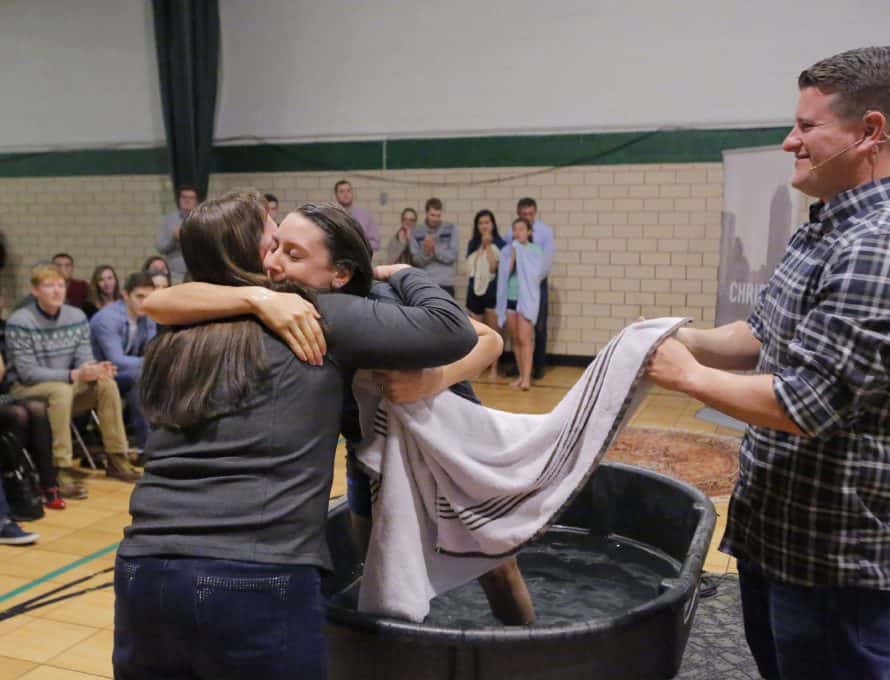 Jessica Paskins (center) is one of many baptized at church plants receiving support from Southern Baptists’ nearly $59 million in gifts to the Annie Armstrong Easter Offering for North American Missions. File photo by John Swain/NAMB

ALPHARETTA, GA. (BP) – The nearly $59 million given to the Annie Armstrong Easter Offering in 2016 ranks second highest in the offering’s history, the North American Mission Board announced today (Oct. 12).

Jessica Paskins (center) is one of many baptized at church plants receiving support from Southern Baptists’ nearly $59 million in gifts to the Annie Armstrong Easter Offering for North American Missions.

“This is extraordinary in a year when so many of our churches gave above and beyond in response to the special call from our International Mission Board,” NAMB President Kevin Ezell wrote in a thank you column to Southern Baptists. “We are humbled by how God has moved once again through Southern Baptists and excited about what this means for our missionaries who serve throughout the United States and Canada.”

“We are so grateful for the pastors, state leaders and all Southern Baptists who gave so generously in these states,” Ezell said.

The Tennessee Baptist Convention notably made the largest increase in giving to the offering this year, NAMB said, with its total of $4,561,392 coming in at $376,878 more than 2015.

While Southern Baptist churches in the South are closer to effective congregation to population ratios, with Mississippi topping the list at one church for 1,395 people, Ezell said the contributions are even more critical in reaching the lost in such states as New Jersey and New York. In New England states, there is only one Southern Baptist church for every 75,124 and 57,900 people, respectively. In the province of Quebec, Canada, the ratio is one church for every 185,349 people.

“NAMB is rushing resources to non-South areas,” he said.