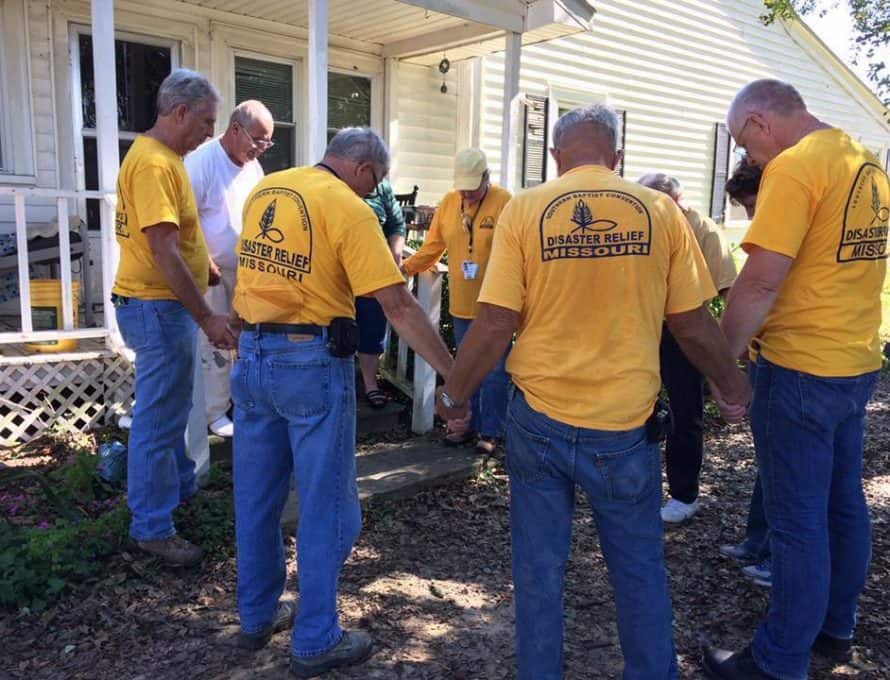 That motto was put to the test as volunteers prepared to respond after Hurricane Matthew swamped the East Coast. The original deployment to Florida scheduled for Sunday, Oct. 9 was pushed back to Monday. Then it was pushed to Wednesday. Then it was switched to South Carolina. Then it was switched to Tuesday. Then it was switched to North Carolina. When they finally set off, a blown tire in a trailer damaged a generator the teams were hauling. This might not normally be a huge issue, except that the high-and-dry church hosting the 40 Missouri volunteers lost power while they were en route. Certain cellphone providers’ networks were out of commission, so half the volunteers couldn’t communicate. Even the traffic in a disaster zone can be an issue, and the Missourians lost five hours driving navigating around flooded roads. Flexible, flexible, flexible.

Then again, God is bigger than a hurricane. No cell phones and travel delays are par for the DR course. As the volunteers pulled up in North Carolina, the lights were still out, but local church members were prayer walking their property. Before the Missourians could finish unloading their trailers, the power crackled back to life.

The first wave of Missouri volunteers has returned home, and the second wave of 16 is well into what is expected to be a 10-day deployment working with DR units from Texas and Mississippi. Carter said the recovery and feeding response will last into November, and more volunteers are needed to fill in the gaps.

“There’s still a town not far from here, Fair Bluff, where Main Street is still flooded, and all the stores are still underwater,” Carter said.

Along with the 32,000 meals prepared, and dozens of recovery jobs, Carter said 12 people have accepted Christ through contact with DR in Whiteville alone.

Congress has given final approval to enshrining same-sex marriage in the law. The