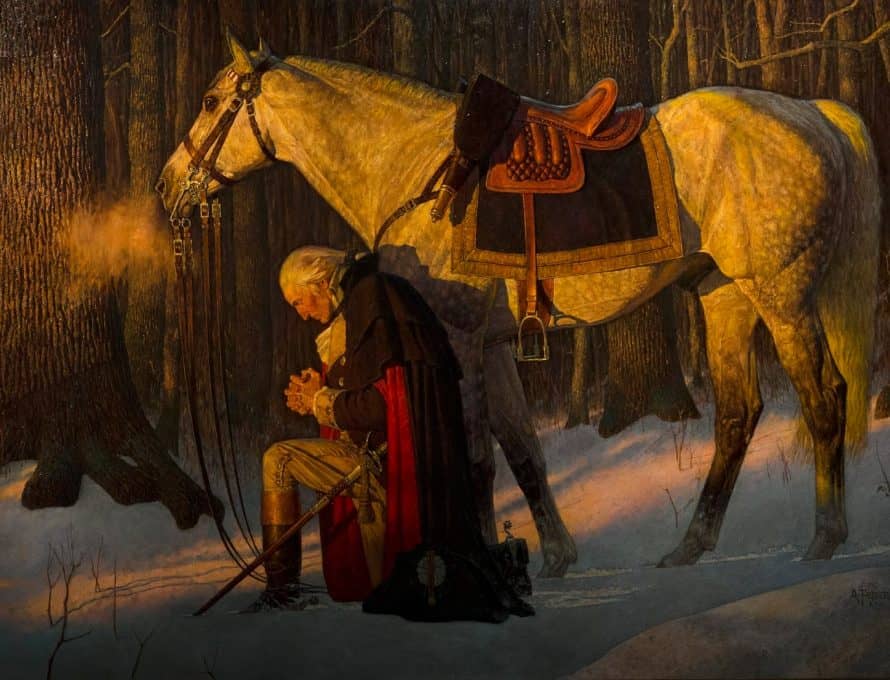 FORT WORTH, Texas – A quick review of recent news headlines in the United States reveals an increasing number of incidents where governmental executives, legislators and judges have borrowed from the intolerant presuppositions of secular progressivism to restrict the religious liberties of believers. These incidents are strong signs of not just a lack of respect for the “first freedom,” but of an insidious, incipient hostility toward believers in traditional religion:

We could look more deeply into these and other cases, but the details are even worse than the general descriptions. The evidence indicates something has shifted in American culture: intolerance toward religious believers, and in particular toward evangelical Christians, is on the rise. And this intolerance is being manifested in all three branches of government and at the local, state and federal levels. One need not be a prophet to read a cultural swell building against believers in Jesus Christ.

Historic political sentiments appear to be turning nearly 180 degrees. The inaugural address of George Washington, the first American president, as well as the responses of the Senate and the House of Representatives affirmed the gracious guidance of “Almighty God,” who is “the Invisible Hand” and “the Great Author of every public and private good” in this nation. The necessity of morality to undergird the continuance of the people’s freedom was affirmed. Moreover, Washington was clear that Congress must act with “a reverence for the characteristic rights of freemen and a regard for the public harmony.” Alas, if contemporary private and public declarations are to be believed, the next inaugural address may instead presage the undermining of our foundational freedoms by a contentious political regime.

I pray that God will providentially guide us away from the restriction of our religious liberty, which is the first freedom listed in our constitutional Bill of Rights. The framers were wise to place freedom of religion first, for all of the freedoms of the American people depend upon the liberty of the human conscience to follow the dictates of truth that individual persons perceive. It is the conscience standing before God that must give an account for its chosen beliefs and actions. Yes, the other human freedoms fail when hard-won individual convictions and choices are not honored. The freedom to assemble, speak and publish—and our many other human rights—are manifestly based on a Christian theological foundation: the freedom from human coercion as the personal conscience considers its justification before an omniscient God.

I pray that God will providentially guide us away from the restriction of our religious liberty, but what if God decides to allow us in His providence to lose our first freedom? What if this is the beginning of the end of religious liberty and ultimately of all our human freedoms in the history of the United States of America? (And, right here, even progressive secularists should take note, for their liberties will quickly disappear without freedom for their own consciences to arrive at positions contrary to where they stand today.) What if Christ wants His American churches to go through a period of loss of political influence? This would raise all sorts of other questions: Why would He do this? What might our responses be? What difficulties might arise? What benefits could arise? We could focus on many of these questions, and one day soon, we may absolutely need to answer such critical queries.

However, perhaps there is a deeper issue than the civil and physical penalties that may face Christians who merely want to follow Jesus. But what could be so important that God—who knows all, has all power and authority, and loves us—would allow our first freedom to be taken away? Why would God countenance His own precious people to suffer? This is a question that both Israel and the church had to face in Scripture. The Old Testament book of Jeremiah and the New Testament books of Acts, Hebrews and Revelation come to mind, but more below.

Perhaps in this turbulent, “interesting” period in our nation’s history, God is reminding His churches that we must have our hope in Him alone, no matter the self-inflicted vagaries of sickness and death this fallen world holds for its inhabitants. Perhaps God is calling us to understand that His only begotten Son is our one and only Messiah. Perhaps He is showing us that the media-propagated beliefs in a savior from the left or the right—as if some political hack with his or her human party will save us from some existential threat—is itself a humanly contrived fiction. Perhaps the Father is calling the church back to its first principles of faith in the crucified, risen and returning Savior and away from the inanities of self-preservation and personal ambition that too often waylay even, and in some cases especially, our ministers.

Perhaps God is taking the churches, which have too often lied to their members by baptizing the unregenerate and failing to discipline the wayward, and is preparing to purify us of our uncleanness. Perhaps the Lord is reminding us that when He called us to salvation, He called us to serve the world in the place of His crucified and risen Son through taking up our own crosses. When I survey the state of the churches and denominations and the people that we have been creating—note that both of our major candidates came out of free churches—I wonder that God did not call down His wrath upon us before now.

I look back at the “original sin” of racist slavery in our nation, and I am utterly appalled that it happened and that our lack of love still afflicts our communities. I look at the contemporary scene, and I am driven to the point of tears that the same lack of respect for the value of the human being in slavery is now manifested in a lack of respect for the value of the human being in the womb and the value of the human being over the border and the value of the human being with a different gender. Yes, you heard me correctly—this is our original sin as a nation; treating human beings made in the image of God as less than the image of God is the political depravity that corrupts the American nation. Open your ears to hear the cries of the aborted babies, the neglected children, the harassed women, the mistreated minorities, the ignored elderly, and the powerless immigrants, and tremble that God’s righteousness has not yet stricken us with the judgment that we as a nation deserve. My question was, “What if God removed our freedom?” Maybe the question should be, “Why hasn’t God removed our freedom, which we have abused for our own petty, selfish, unjustifiable, God-forsaken reasons?!”

I know this message hurts, and it hurts me to say it, for I am also among the guilty. We all are; this is our nation. This is our sin. So let me pause for a moment and ask for your forgiveness. Please forgive me for my sin against you. Please forgive me if I have not properly dealt with the pain that you as a human being have suffered from other human beings in the culture that we have mutually created in America. And please forgive me if I have not properly pointed out the sin that you as a human being have inflicted on others in the culture that we have created in America. We each need to repent of our individual sins, and America as a nation needs to repent of the original sin that characterizes our particular nation—the exaltation of the self and the diminution of the beautiful picture of the almighty God that exists in every single human being, born and enwombed, male and female, white and black, rich and poor, powerful and weak, young and old, native-born and immigrant.

What if God removed our freedom in America because we deserve to have our freedom removed? There is so much truth in that question that I am afraid to ask it. But before there is healing, there must be repentance toward God. Repentance requires confession of the abuse of our freedoms against God and one another. So we must ask the question, and we would be wise to be honest in our evaluation. In their response to George Washington’s inaugural address, the House of Representatives responded with a petition: “[T]hat we join in our fervent supplications for the blessings of Heaven on our country.” [2] I agree with that petition, and I truly want God to bless America, but I know that we do not deserve God’s blessings. We have not loved God with our whole being, nor have we loved one another as ourselves.

What if this is the end of religious liberty in America? I do not know that it is, and I do not know that it is not. I am neither a prophet nor the son of a prophet. I am the son of immigrants who came here in the 17th century fleeing the terrible religious persecution that was unleashed against the free churches of England with the restoration of the monarchy. My family ancestors have fought successfully to maintain our human freedoms in every major war since our foundation as a nation. My family and our churches have been so blessed, and I am so thankful to God that He has blessed us, in spite of us, with the human freedoms that begin in religious freedom.

‘Our faith is in God’

We do not know that this is the end of religious liberty in America, but we do know that our hope was never ultimately here anyway. Like the exiles from Jerusalem, we have been cast into a strange land. And we have heard Jeremiah’s command to the Israelites in Babylon, and we have sought the welfare of the city in which we found ourselves exiled (Jeremiah 29:7). And like the Christian exiles from Jerusalem a few centuries later, we may one day find ourselves persecuted and forced to flee in large numbers to other lands. But perhaps this is all part of divine providence. Perhaps, like the early Christians, God intends to scatter America’s churches so that the joyous hope of the Gospel that saves us from our sins—the accomplished work of the true political Messiah—might be brought to other cities that have yet to hear what we know (Acts 8:1-8).

Then again, perhaps this is all part of God’s plan to get our attention and to remind us that our faith has never been in the United States of America; we are merely residents here for a time, though we must seek her welfare the best we can. Our faith is in the God who is constructing for us a city that has permanent foundations, the eternal city that counts God Himself as its architect and builder (Hebrews 11:8-16). Our faith is in the Father, the resurrected Lamb, and the life-giving Holy Spirit, who share in their perfect unity the throne of rule over the heavenly Jerusalem (Revelation 22:1-5). And in that city, that polis, the ruling “politician” is truly the perfect Savior, Jesus the Messiah. The end of freedom in America can never end the true freedom of the Christian.

(This article was originally published on www.theologicalmatters.com, an online resource developed by Southwestern Baptist Theological Seminary in Fort Worth.)