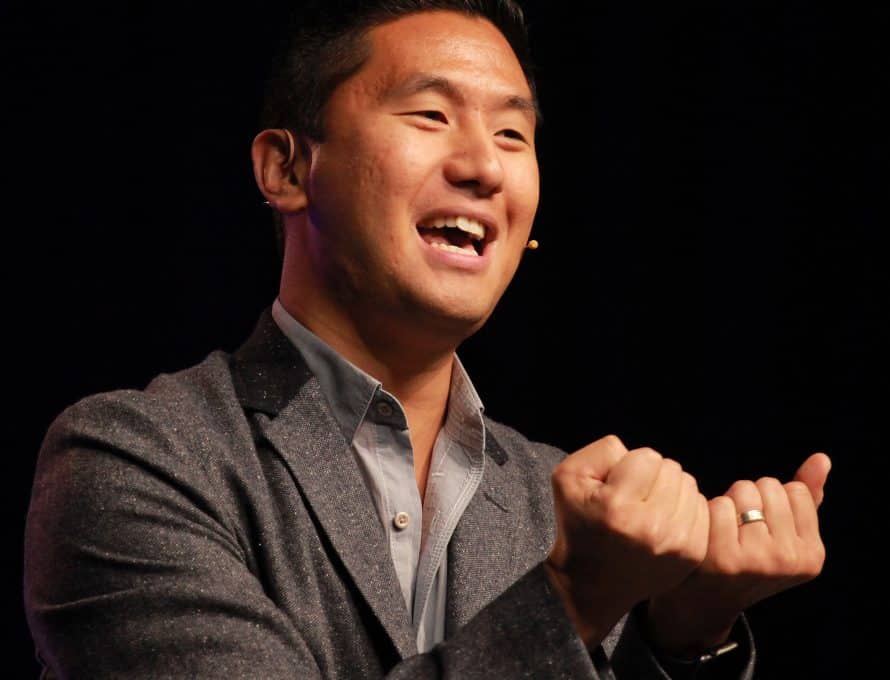 ST. CHARLES – J.D. Payne, pastor for church multiplication with The Church of Brook Hills in Birmingham, Alabama, addressed the CORE Conference at the annual meeting.  The CORE Conference focuses on the “Core” values of making disciples; multiplying churches and developing leaders.

“The definition of church planting,” Payne said, “is evangelism that results in new churches.  The gravity of the scripture requires that we look back at the biblical model of how churches were birthed.  It will require a paradigm shift for us.”

Using Acts 13 and 14, Payne urged the group to study how churches were started during Paul’s missionary journeys.  “He didn’t build a church on another foundation,” he said, “he preached the gospel and some believed and others did not.  Then, he moved on and the pastors came out of the believers.  He went on, but he didn’t abandon.  He encouraged, visited and wrote the churches.”

Payne continued with 1 Thessalonians 1:2-10.  “All that is necessary for church planting is in these verses,” he said, “the sower, the seed, the Spirit and the soil.”

“We see the opposite plan today,” he said, “we plant a church and elders are appointed. Looking at the biblical model we see how far we’ve moved.” Payne went on to caution to “plant the church that is, not the church to come.”

Payne continued by giving challenges to this kind of planting and practical responses to them.  The first challenge he listed was the Ecclesiological Challenge.

“We must look at scripture,” he said, “culture preference and expectations hinder multiplication.”

“Another challenge,” Payne said, “is looking through the field of lostness out of pastoral lenses.  We must have more Ephesians 4:11 and 12 and realize that God is calling out missionaries.”

The challenge of complexity was listed by Payne next.  “The early disciples turned the world upside down,” he said. “It is important to return to biblical simplicity.  The more complex is less reproducible. The new believers should learn how to imitate Christ.”

Payne said he was not opposed to numbers or setting goals, but these can be a challenge.  “We need to be cautious that they are not locked in concrete,” he said.  “Where are the church members coming from? We need to avoid shuffling the sheep in the Kingdom to accomplish numbers.”

The culture gap can also be a challenge according to Payne.  “We are placing our resource in reached people groups,” he said.  “We need to acknowledge that the US and Canada tie for being the countries with the third largest numbers of unreached and unengaged people groups. Unless we make the culture leap for the unreached people, they will remain unreached.”  Payne also referred the group to www.peoplegroup.info for information on people groups.

“We need to prioritize according to unreached and unengaged people,” Payne said. “The pastor should be the one standing on the bridge and pointing out what is going on.  Recognize that God is calling out believers and challenge and equip them.  Stand solid on the Bible, call them out and they will go.”

Daniel Im, director of church multiplication for new churches at LifeWay Christian Resources, was another speaker for the CORE Conference. During his session, Im described characteristics of churches who were multiplying every five years.

1. Embrace Kingdom Mission-“They have a vision for the Kingdom,” he said.  “They are in it for the name and fame of Jesus Christ.  They are not macho or monument churches.  Macho churches do it all on their own and monument churches say ‘let them come to us.’”

2. Importance of preparing the planter—“Planters attended conferences on church planting,” he said.  “The planter enlisted several personal prayer partners prior to engaging the new work and continued engaging their prayer support during the first few years of the new church work.”

4. Commitment to discipleship—“The churches are intentional at growing and maturing disciples,” Im said.  “It is important to create a culture for discipleship.”

5. Developing other leaders—“It is important to help every person understand that their primary vocation is to serve God,” Im continued.  “and their second vocation is for a living.”

6. Creating a strategy of partnership—“Churches multiplying every five years partner with other organizations to plant,” Im said.  “The biblical image of reaping what we sow directs these churches to invest time, money and resources into other church plants.  They mentor and pray for church plants down the road.”

Im shared a resource with the group to find out more about planting churches, NewChurches.com.