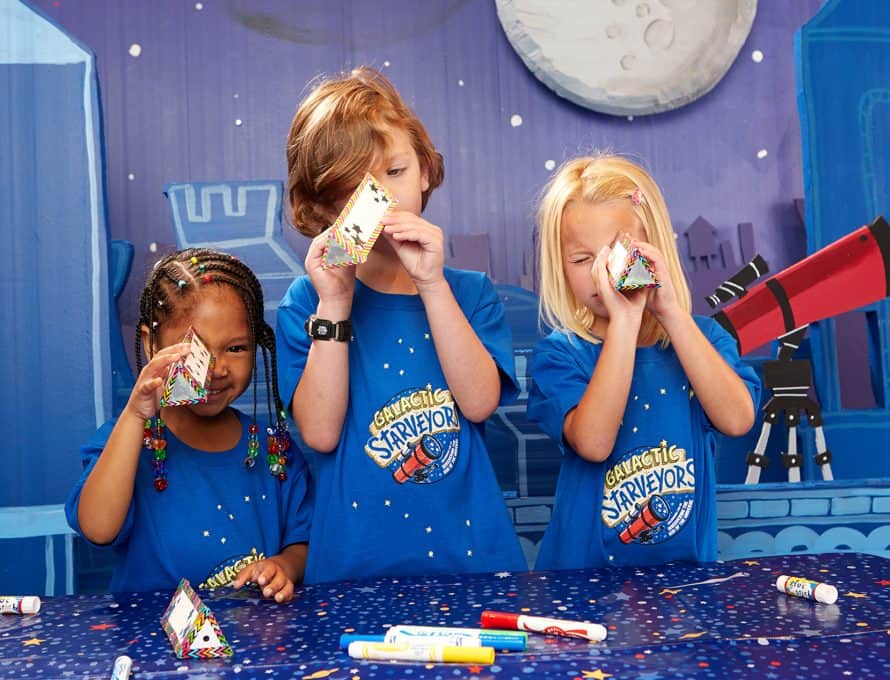 KIRKSVILLE – Smiles are always a major part of Vacation Bible School, but the smiles may have been a little brighter at the VBS for special needs adults conducted by the Thousand Hills Baptist Association at FBC Kirksville.

“We held the VBS on a Saturday morning at FBC Kirksville because they have a special needs Sunday School,” Richard Nations, director of missions, said.  “My wife, Rachel, has conducted special needs VBS in Iowa before we moved here, so she promoted the idea to a few of our association churches to have one here.”

Walter Griffin, pastor of Broadlawn Baptist Church and retired teacher, has a special needs daughter and he taught the craft session during the VBS.  “My daughter was excited about going to the VBS,” Griffin said.  “It is definitely an outreach to a neglected population.  In ‘missions’ terms, special needs adults is a people group.”

Nations agreed that the outreach was important.  “The gospel is for all people,” he said, “even the people who aren’t in the mainstream of life.  We need to share because everyone needs Jesus and they can respond.”

Griffin’s daughter has cerebral palsy and she is non-verbal.  “Music was her favorite,” he said. “Since I have been a bi-vocational pastor, she has always been a part of VBS. She is the official ‘helper’ with a pen and clipboard.  But, this was designed for her and she knew it.”

Rachel Nations, member of Rehoboth Baptist Church, organized the VBS.  “Lifeway has a curriculum for special needs adults called Special Friends which follows the same theme of the children’s VBS, this year it was Submerged,” Rachel said.

“Planning a special needs VBS takes some extra thought,” she said, “because we had a wide spectrum of intellectual and physical disabilities. We kept the rotations to 10 minutes to help with attention.”

“We also had to plan according to medical and allergy information. We ended the morning with a lunch that included ‘theme’ treats,” she said.  “Parents and group home staff were also in attendance and offered support.”

“We wanted to do this with the association,” she said, “It is an opportunity for growth.  One young man who is unchurched attended because his mother saw it on Facebook.  There are several ways special needs adults can serve in churches,” Rachel continued.  “They can be greeters as well as take the offering.”

“Church can become a big part of their life,” Griffin said, “they love worship and they love Bible study.”

Rachel said her biggest reward was the hugs she received.  “When the adults left, they were excited that they got to take home crafts and a goody bag.  As they left, they thanked us,” Rachel said.