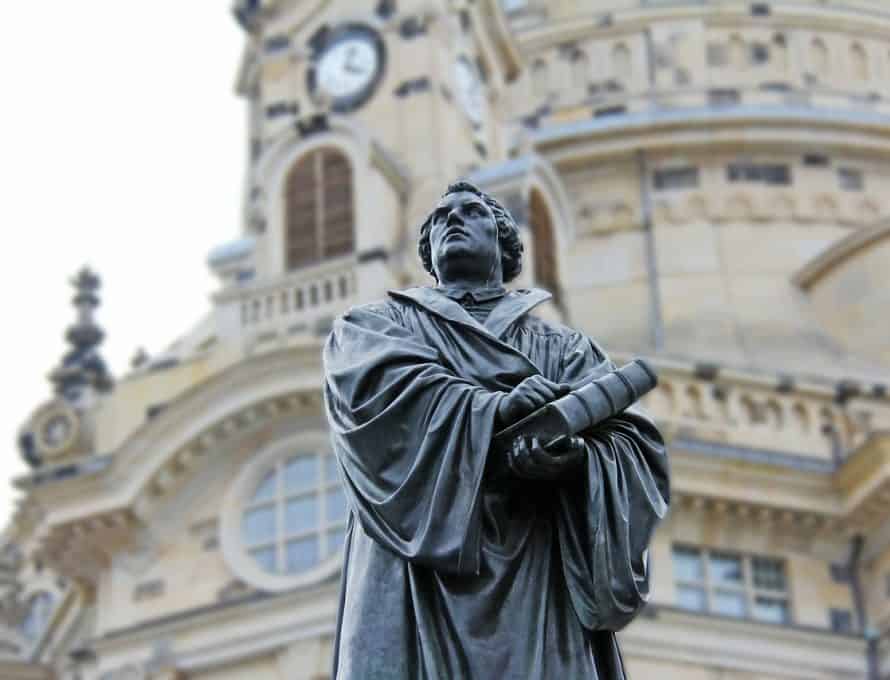 “Unless I am convicted by Scripture and plain reason, I do not accept the authority of the popes and councils, for they have contradicted each other. My conscience is captive to the Word of God. I cannot and will not recant anything. For to go against conscience is neither right nor safe. Here I stand. I can do no other. God help me. Amen.”

The German Reformer Martin Luther spoke these words in 1521 at the Diet of Worms, where he had been called to testify about his controversial teachings before the Holy Roman Emperor Charles V, the German princes, and the delegates from Rome.

Recently, while thinking about Luther’s words, I once again reflected on current debates among Christians about the presidential election. I’ve heard various people during this election cycle say that they refuse to violate their conscience in the process of choosing our next president. This has especially been true of evangelical “Never Trumpers.” But I’ve heard it from many others, as well.

In doing so, all of these voters have a precedent for this appeal to conscience in Luther, who stated in the quote above that “to go against conscience is neither right nor safe.” However, it is important to remember – as Luther did – that the conscience is not a supreme authority, nor is it inerrant. The conscience can be misinformed or deceived. Also, it can be seared or numbed by a heart that is in rebellion to God and his Word.

So, before taking a stand on your conscience on Nov. 8, be sure that you have consulted (to use Luther’s words) both “Scripture and plain reason.”

On the one hand, let your conscience be informed by “plain reason.” In other words, make sure that you’re as informed as possible about each candidate, about the various platforms and issues involved, and about the consequences of voting (or not voting) in any way. And, in examining and discussing these issues, keep in mind these words from Scripture: “Know this, my beloved brothers: let every person be quick to hear, slow to speak, slow to anger; for the anger of man does not produce the righteousness of God” (James 1:19-20).

On the other hand, make sure that your “conscience is captive to the Word of God.” In other words, pray for God’s wisdom concerning the election, for God has promised His Spirit and wisdom to those who simply ask in faith (Luke 11:13; James 1:5). As you do so, seek His wisdom in His inerrant Word, and humbly submit your heart, mind and life to Him.

Only after consulting “plain reason” and after submitting our hearts and minds to the supreme authority of God’s Word can we safely invoke our consciences in the way that Martin Luther did at the Diet of Worms of 1521. But, after having studied, after having prayed, after seeking God’s wisdom and submitting to it, we can enter the voting booth on Nov. 8 with confidence and declare, as Luther did, “Here I stand. I can do no other.”

And, indeed, may God help us. Amen.