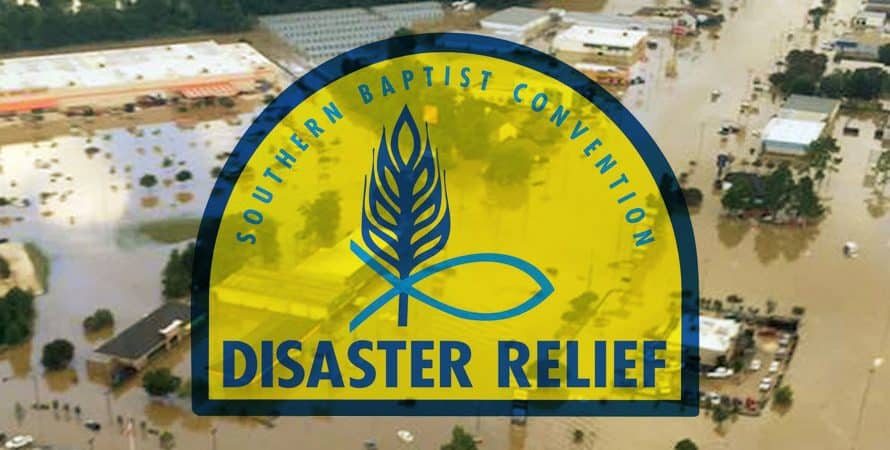 “He was showing the people of Denham Springs, La., an example of what Jesus would do,” said Roy Hill, pastor of First Baptist Church in Satsuma, Ala..

On Sept. 1, Ellis had just placed a load of laundry in a washing machine with his church’s disaster relief laundry unit, which was in operation helping flood survivors of the historic flooding in south Louisiana. A little before lunch, Ellis, 72, lost his balance and fell out of the door of the unit and sustained brain injuries, Hill reported.

Ellis was taken to Our Lady of the Lake Regional Medical Center in Baton Rouge and died later that evening.

“God is still on His throne and Jesus is still Sonny’s Savior,” Hill wrote on his Facebook page. “We were reminded last night at church that there are times we must prove that we believe what we say we believe. This is one of those times and [the Ellis family] is living out their faith.”

Ellis’ testimony is unique. A close friend and deacon at First Baptist prayed for him and shared the Gospel frequently. It wasn’t until about 10 years ago that the Holy Spirit moved in Ellis’ heart and he accepted Christ and was baptized, Hill recounted.

“Ever since he got saved, goodness, he’s been a whirlwind of serving,” Hill said. “He would serve wherever there was a need.”

Ellis’ wife Gloria, who serves as the church’s financial secretary, and their two daughters were able to arrive in Baton Rouge and be with him in the hospital.

Mark Wakefield, disaster relief and chaplaincy ministry strategist for the Alabama Baptist State Board of Missions, said Ellis “typifies the sacrifice made by so many disaster relief volunteers. All of them could and would be using their time doing other important things, but they choose involvement in the ministry of disaster relief — serving the Lord by serving others.”

The team from First Baptist Satsuma had been serving since Aug. 21 and was stationed at New Covenant Baptist Church in Denham Springs.

After Ellis’ death, his family requested that the laundry unit remain in operation to continue to help those in distress after the record flooding.

Hill said the unit would remain as long as there is a need, and volunteers from First Baptist would return to serve at the unit after Ellis’ funeral. At press time, volunteers from other Alabama associations were making sure the unit remained operational.

Ellis is survived by his wife, two daughters, three granddaughters and one great-grandson.