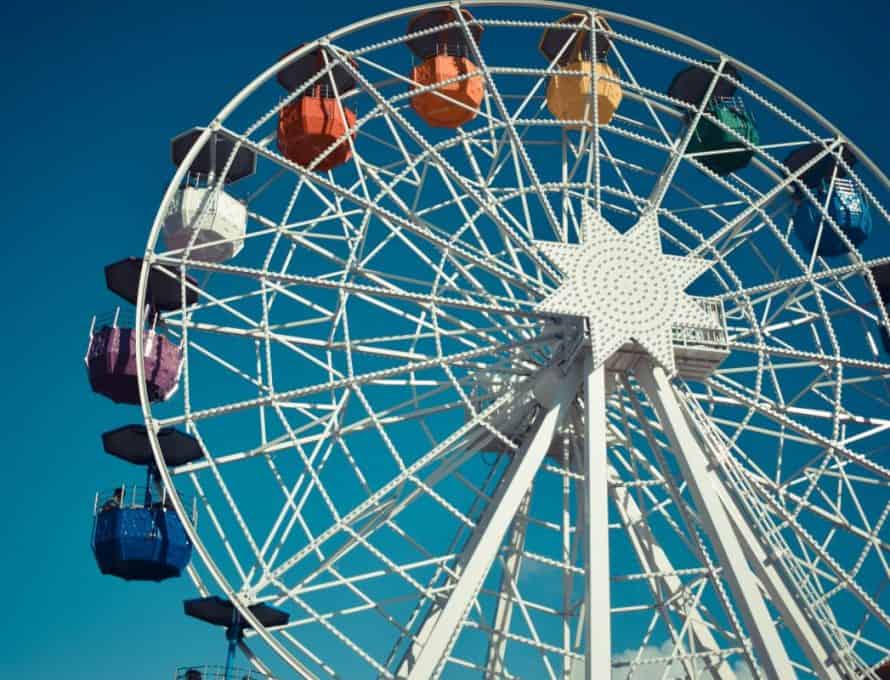 SEDALIA – People were seated in the big tent which sat between a corn dog stand and a barbecue restaurant wafting smoky pork flavors through the tent.  State fair-goers were interested in signing up for a chest freezer and 200 pounds of beef, pork and chicken.  And they did, but they were able to sign up after they listened to a three-minute Christian testimony of a tent volunteer. And at least 35 of them asked Jesus into their heart there in the tent.

David Mifflin, state fair evangelism tent coordinator and director of missions at Fellowship Baptist Association, Warsaw, said he looked at the ministry as “planting seeds.”  There were gospel witnesses shared, but “sometimes it was just planting a seed for someone else to harvest,” he explained.

Mifflin and a team of directors of missions from across the state worked with the Missouri Baptist Convention to arrange for a tent to be open on the fairgrounds for the ten-day run of the fair from 10 a.m. to 6 p.m.

Volunteers from about 20 associations contributed volunteers to staff the tent.  The tent ministry is paid for by donations from associations around Missouri to the Missouri DOM Fellowship along with funds from the Missouri Missions Offering through the MBC.

A “greeter” would stand outside near the sidewalk and invite people in to register for the “giveaway” freezer and meat in exchange for “three minutes of their time.”

People would come in and be seated with a volunteer who would share “the best thing that’s ever happened to me” in about three minutes.  Then they would probe a little further to see if the registrants had experienced Jesus’ salvation in their lives.  Often they would be permitted to take a few more minutes and share the Gospel.

One man angrily interrupted the volunteer from Mt. Salem/Wyaconda Association and said, “I didn’t come to the state fair to be preached to” as he got up and signaled for his family to leave.

Others were quite willing to hear the volunteers. One 19-year-old young lady asked Jesus into her life with her mother patting her on the back and encouraging her as the volunteer led her in prayer.  She was brought up to the tent overseer and offered a Bible and some encouragement.

Two others, a couple, were led to Christ as they prayed with a volunteer from Lawrence County Association who spoke with them gently about the relative they have who is experiencing cancer treatments.  The man put his head on his forearm as they prayed and tears streamed down the face of the lady.  God was at work.

But for every salvation decision, there were about 35 who listened but did not make a decision.  Often these were people who are already Christians. Some just were not ready to commit or were embarrassed to pray in the public place. But volunteers did not seem to be phased.  They patiently shared their faith stories and then helped the fair-goers fill out the card for the giveaway.

The teenage boy who won the prize last year was working at the barbecue restaurant next door and he brought a jug of ice water over for the volunteers.  He said, “We’re still eating on that meat from last year.”  He is from Marshall and he works at the restaurant every summer during the fair.

Christina Redwing, from Church of Living Water, Warsaw, worked in the tent on the opening day of the fair and enjoyed the “greeting” part of the work.  She called the people in from the sidewalk and made them feel welcome.

Mifflin said, “We want them to feel at home when they are in our tent.  They are our guests.”

John Brittain, DOM of West Central Baptist Association, Warrensburg, reported a teenager and a fifty-year old man coming to Christ on Wednesday of the fair. He said “Praise the Lord…new brother(s) in Christ.”

As of The Pathway press deadline, there were 35 professions of faith recorded in the tent and about 1206 registrants.

Mifflin and Brittain agreed the work is a lot of planting seeds and a little Gospel harvest of souls, but worth every minute of the 10-day fair effort.

Organizers said to get involved in this annual fair ministry contact the director of missions in the association and offer to be part of a team or even offer to lead a team to staff the tent next summer.