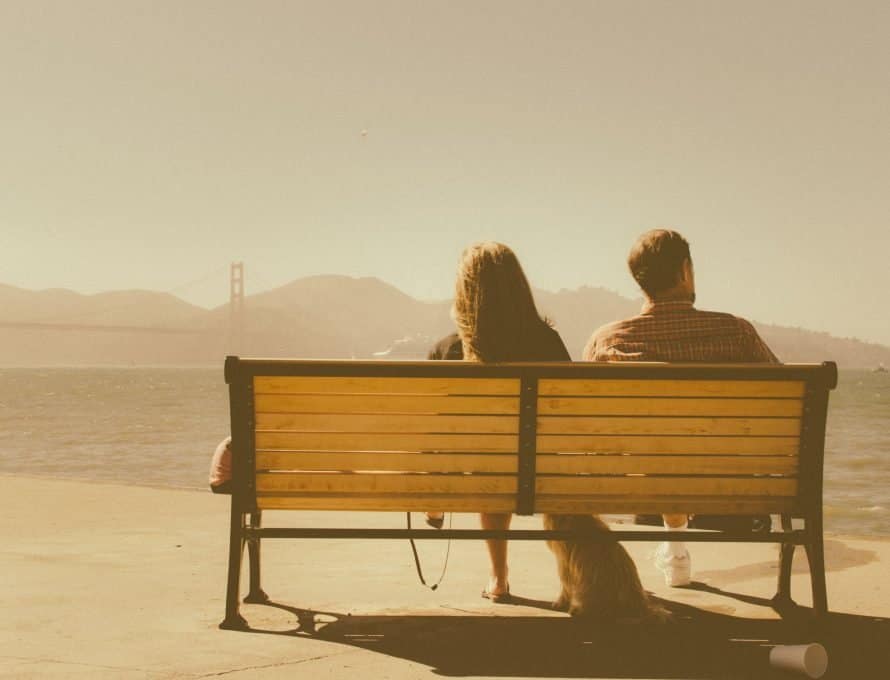 KANSAS CITY, Kan. (BP) – Political leaders, social activists and the entertainment industry are ballyhooing for extreme reform in this rather chaotic era, as if trying to reconstruct our nation ideologically.

Sadly, I’m not sure the outcome of the 2016 U.S. presidential election will get us into balance. Then what will?

Hollywood plays to humanity’s narcissism and love of gadgets, and a growing anger that seemingly calls for anarchy.

Many of us who see the Bible as the inerrant Word of God are frustrated by this electronic, maxed-out period of change that generally ignores or denies mankind’s spirituality. It’s not just the evolution of a country we’re seeing, but a redefining of right and wrong.

Make no mistake. This isn’t a condemnation of those who seek justice, freedom or ways to improve mankind, but merely a frustration that we can’t seem to come together on anything. We’re divided. Half of us see day as night, while the other half are portrayed as bigots for seeing day as day.

What will be the outcome of a national reformation that excludes Christ? We won’t be the great melting pot hoped for, but merely a stew of conflicted ingredients.

What then would heal our country and the world? What would set mankind on a positive course? One might propose the return of Mozart and Handel, Michelangelo and Rockwell, Dickens and Shakespeare, Ford and Capra, Churchill and Franklin, Patton and Eisenhower, Washington and Lincoln, Martin Luther King Jr. and Frederick Douglas, and Ronald Reagan. These men – some American, others belonging to the world and the ages – inspired, envisioned, constructed, protected and left a spirit of accomplishment. They were visionaries who saw not just what man was, but what he could become.

Each brought encouragement and enlightenment, questions and solutions, analysis and reason. Some demanded descent when called for, patriotism when it was just. These men are missed and their ideals still needed, but neither these men nor the likes of them will return in this life.

The world has taken new paths and as a whole, humanity isn’t looking back to find the way forward. As history proposes and the Bible proclaims, man and woman are determined to eat forbidden fruit. Lyrics popularized by Frank Sinatra, “I did it my way,” seem to be our credo.

But take heart. For those of us who follow Christ, these turbulent times aren’t the end. This world is not our home, just the way station. Time spent here is meant to construct our character, to build our faith in trust in our Creator, which is seen throughout His Holy Word as pleasing to Him.

This is our time to reach out to others. Our love is a reflection of the God who gave us life. When we show concern, understanding and forgiveness for those with whom we share this platform, we fulfill our calling and reason for being.

There is a time for war (Ecclesiastes 3:8). Regrettably we’re faced with it once again, this time against the likes of the Islamic State, for when evil becomes a metastasizing cancer, it must be cut out. We sometimes need to battle evil to preserve righteousness and show God’s love for the weak and defenseless.

Without love, which is the greatest of the treasures of faith, hope and love (1 Corinthians 13:13), it is impossible to heal the wounds of a nation or a soul. As another song from the 1960s proclaims, “What the world needs now is love, sweet love.”

In Matthew 22:36-40, Jesus told us to love the Lord our God with all our heart, and to love our neighbor as ourselves. That’s our foundation. Jesus further instructed us in Matthew 5:44, “Love your enemies and pray for those who persecute you.” That’s the mortar in the foundation.

Without these teachings, without Jesus, laws cannot bring agreement, compatibility or equality. And without this love from on high, it is harder to hold a union together than to pass through the eye of a needle (Matthew 19:24). What the world needs now is love – God’s love.

What wouldn’t that straighten out?