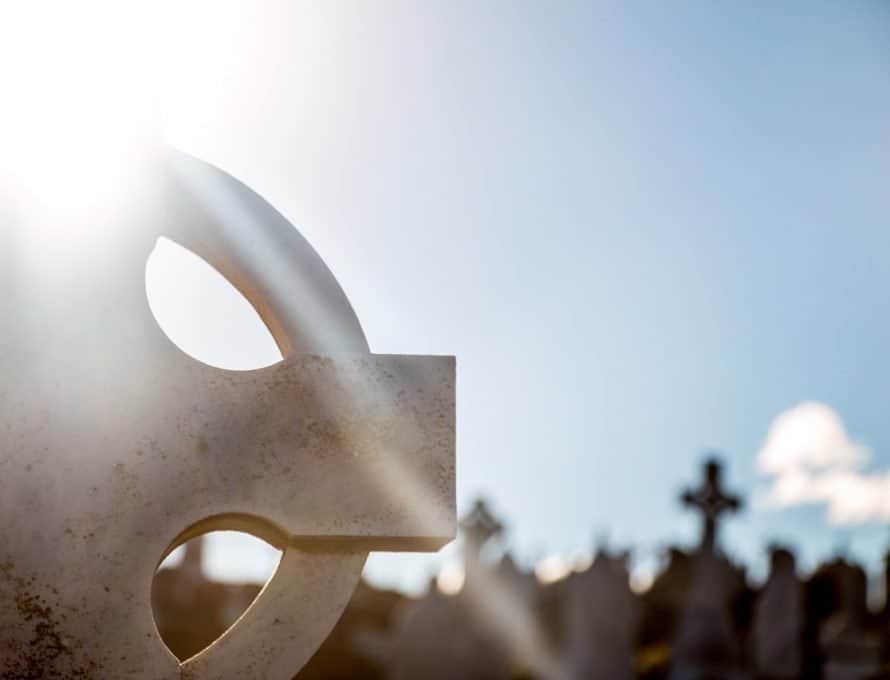 This is the second in a series of articles about the afterlife and the unseen realm.

Is there conscious existence beyond the grave? Where did Old Testament saints go when they died? Do the wicked really suffer forever in hell? Should you believe in ghosts?

These are important questions about the afterlife and the unseen world. Most religions deal in some way with these questions and appeal to a variety of authorities to provide answers.

This series explores the manner in which God’s Word describes life beyond the grave and the unseen world. In this column we examine the Hebrew term Sheol.  In future columns we address Hades, Gehenna, Tartarus, and other terms.

Old Testament writers use the Hebrew word Sheol 65 times to describe the abode of the dead. It communicates the reality of human mortality and the impact of people’s lives on their destinies.

Ancient Israelites believed in life beyond the grave, borne out in such passages as Isa. 14:9-12, where Sheol contains “the spirits of the departed;” and 1 Sam. 28:13, where the deceased prophet Samuel temporarily appears as “a spirit form coming up out of the earth.”

One source of confusion is the variety of ways the King James Version translates Sheol, according to Morey: “The KJV translates Sheol as ‘hell’ 31 times, ‘grave’ 31 times, and ‘pit’ three times. Because of this inconsistency of translation, such groups as the Adventists … and Jehovah’s Witnesses have taught that Sheol means the grave.”

Fortunately, he adds, lexicons and rabbinic literature consistently understand Sheol as the place where the souls of persons go at death.

In fact, the first occurrence of Sheol in the Old Testament (Gen. 37:35) cannot possibly mean “grave.” As Jacob holds the bloodied remnants of Joseph’s coat, he laments about his deceased boy, “I will go down to Sheol to my son, mourning.”

Whatever else Sheol may mean, in this passage it cannot mean Joseph’s grave, for Jacob believes his son has been devoured by wild animals and thus has no grave. Jacob could not be buried in a common grave with Joseph.

According to the context, Jacob anticipates being reunited with Joseph in the underworld. He speaks of going “down” because it is assumed that Sheol is the place of departed spirits, likely a hollow place in the center of the earth.

There are other factors about Sheol to consider, among them:

(2) In the Septuagint, the Greek translation of the Old Testament, Sheol is never translated as mneema, the Greek word for grave.

(3) Sheol is “under the earth” or “the underworld,” while graves were built as sepulchers above the earth, in caves, or holes in the earth.

(4) While bodies are unconscious in the grave, those in Sheol are viewed as conscious.

This leads some commentators to conclude that there are two compartments in Sheol, one for the wicked and another for the righteous. Later Jewish literature, such as the Book of Enoch, describes these divisions, in which people experience a foretaste of their final destiny.

Jesus’ story of Lazarus and the rich man (Luke 16:19-31) seems to expand on this depiction, applying the Greek word Hades to the realm of the dead.

Other scholars contend, however, that Sheol is only for the wicked, while God rescues the righteous from Sheol and takes them to a place of blessedness. The ascensions of Enoch and Elijah to heaven, for example, are cited to support the belief that the righteous under the old covenant could be taken directly into God’s presence at the end of their earthly lives.

Today, we know that the souls/spirits of Christians enter heaven immediately upon death (2 Cor. 5:6-8). Evidently, the souls of unbelievers remain in Sheol where they await resurrection and final judgment. (Next: Hades and the afterlife)