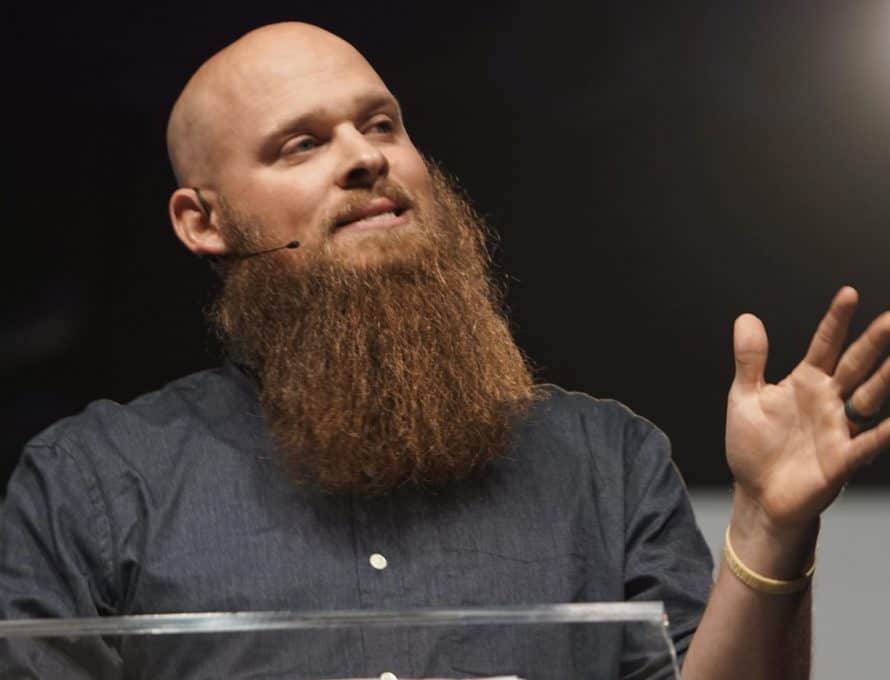 ST. LOUIS (BP) – Aimed at giving pastors a charge like the one the apostle Paul gave his son in the ministry, Timothy, in 2 Timothy 4:5-6, the 2016 Southern Baptist Convention Pastors’ Conference kicked off June 12 at the America’s Center Convention Complex in St. Louis.

With the theme “Live this!”, the Sunday evening and Monday morning sessions focused on issues such as suffering, endurance, the Gospel, cross-cultural ministry and evangelism.

Ministers of the Gospel should endure suffering for the glory of God, pastor Noah Oldham of August Gate Church in St. Louis said during the opening session Sunday evening.

“Suffering goes hand-in-hand with our call, and God is calling us to embrace it for His glory and our joy,” said Oldham, who also serves as the North American Mission Board’s Send St. Louis coordinator.

Pointing his audience to 2 Timothy 4, Oldham read from Paul’s famous charge to Timothy in verse 2: “Preach the Word.” Although this is “one of the most important imperatives in all of Scripture,” Oldham reminded his listeners that this “is not a solo command.” In fact, writing from prison, Paul gives a charge to Timothy, his spiritual son, 25 times. Four times, he speaks of suffering, urging Timothy finally in 2 Timothy 4:5 to “endure suffering;” earlier in the letter, he addresses suffering in 2 Timothy 1:7-9, and 2:3-7, 8-10. Indeed, Paul was merely reminding Timothy of a truth that he had earlier seen displayed in Paul’s life: namely, that following God’s call involves suffering.

Oldham discovered the painful reality of this truth in 2007, when he followed God’s call on his life to plant churches. But on the same day he spoke to the church where he served as a youth minister about this new calling from God, a “year from hell” ensued. That night, he ended up in the hospital because of a heart condition caused by the stress of this transition.

During the course of the year, his church planting dreams ended in what he saw as complete failure; he and his family were forced to move out of their home in St. Louis to settle in with his wife’s family in Florida, where they lived when he heard that his mother died after a long struggle with kidney disease.

“At the end of that year, I was a beat-up mess. Once a college athlete, I was fat and bald with a heart condition,” Oldham said. “Married young with dreams of having a big family, I was told that I may never be able to produce children. Once with a heart full of dreams to plant a church to reach St. Louis, I was a thousand miles away serving as a youth pastor ashamed to talk to anybody from back home because they had sent me with prayers and faith, and I had let everyone down. And my mom – my spiritual leader for most of my life, the woman who knew exactly what to say to encourage me to persevere – she was gone. And I was destroyed.

“I felt like a complete failure,” he added, “until I realized it was God who was tearing me apart so that He could put me back together. It wasn’t a year from hell. It was a year straight from heaven.”

Following Jesus, living out God’s call, is worth the pain that will inevitably come, he said. “Don’t give in to fear,” Oldham said, “but by the power of God, because of your calling, for the sake of the Gospel, endure suffering.”