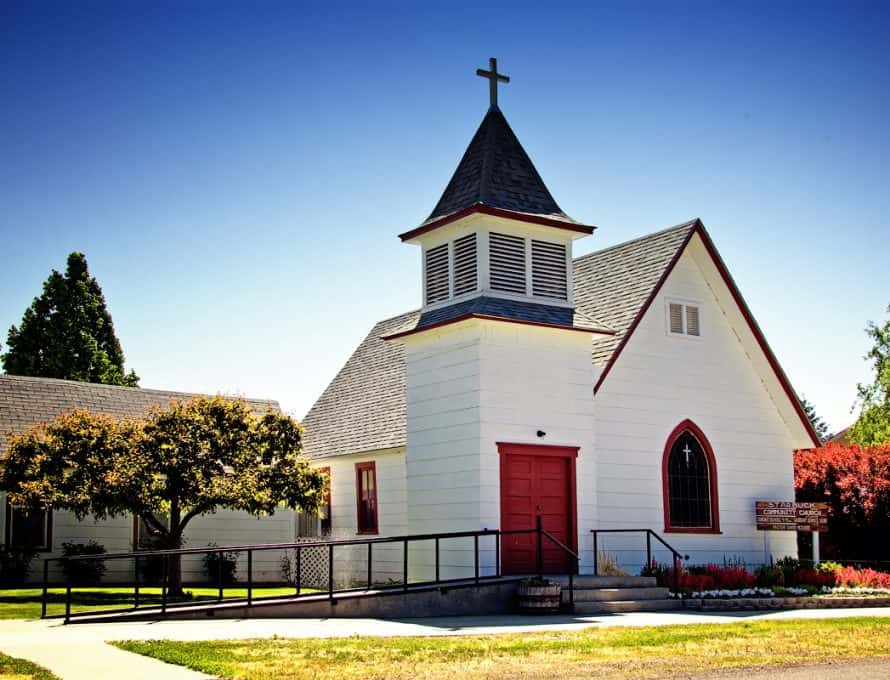 ST. LOUIS – When Pastor Nathan Rose and his wife, Rachel, left the Annual Meeting in St. Louis to go back to their home in Liberty, they returned refreshed, inspired and filled with excitement about the future of the Southern Baptist Convention.

“I was raised Southern Baptist, and I see such value in cooperating with like-minded Christians,” he said. “We have such a great resource in each other, and I think it’s important to get connected so we can be as effective as possible.”

Rose serves as pastor of Liberty Baptist Church and is also a National REplant Catalyst for the North American Mission Board (NAMB).

“I try to network and connect with churches that are dying or plateauing in the Kansas City area,” he said. “My goal is to encourage and equip pastors of discouraged churches with hope and a plan.”

Liberty is one of the largest suburbs of Kansas City and is home to William Jewell College. The area is made up of mostly young professionals, however when Rose first became pastor at Liberty Baptist four years ago the makeup of the church didn’t quite match its surroundings. As a result, the church had experienced a steady decline.

“The majority of the church was 50 years old and above and the community is mainly 50 and below,” Rose said. “Changes needed to be made. However, you can’t be a bull in a China shop, especially that first year. We went slow, and I focused on loving on them, listening to them and preached messages that focused on Jesus and the Great Commission.”

“The nursery is bursting at the seams and our pressing need is finding a space for all the children,” Rose said.

But he said even if they don’t add any more to their numbers, he knows Liberty Baptist and other “normative” sized churches like it will continue to shine the light of gospel boldly in the darkness of this ever-changing culture.

“Don’t underestimate the normative sized church,” Rose said. “It won’t be the 500+ churches that turn this thing around, but the 30,000 normative churches making a difference in their communities … that’s when change is really going to happen.”

Mike Leake, pastor at First Baptist Church, Marionville, said he believes the election of Iowa pastor Dave Miller as next year’s president of the SBC Pastor’s Conference is an exciting step in the right direction.

“I think he can better relate to how the majority of us do ministry week after week,” he said.

The 2016 SBC Annual Meeting is only the second time Leake and his wife, Nikki, have been able to attend. The last time was when it was in Orlando in 2010.

“I think it’s great to network and meet people face-to-face that you’ve been listening to and following online for years,” Leake said.

They have been at FBC Marionville, located in rural southwest Missouri, for right at a year and Leake can already see how God is working.

As they serve the kids both in their church and through a backpack ministry with the school, Leake has begun to see a pattern of need in the community.

“Drug and alcohol addiction has shattered a lot of families and impoverished them,” he said. “There is a lot of brokenness and we want our church to be the refuge for the broken.”

His prayer is that FBC would be able to support a counseling center in the near future. He sees it as a way to introduce broken people to the only one who can make real change happen … Jesus.

“We’ve got to combat the thought that people need to have it together before they come to church,” Leake said. “We want to show people that the church is the place to go when you are broken and don’t have it all together.”