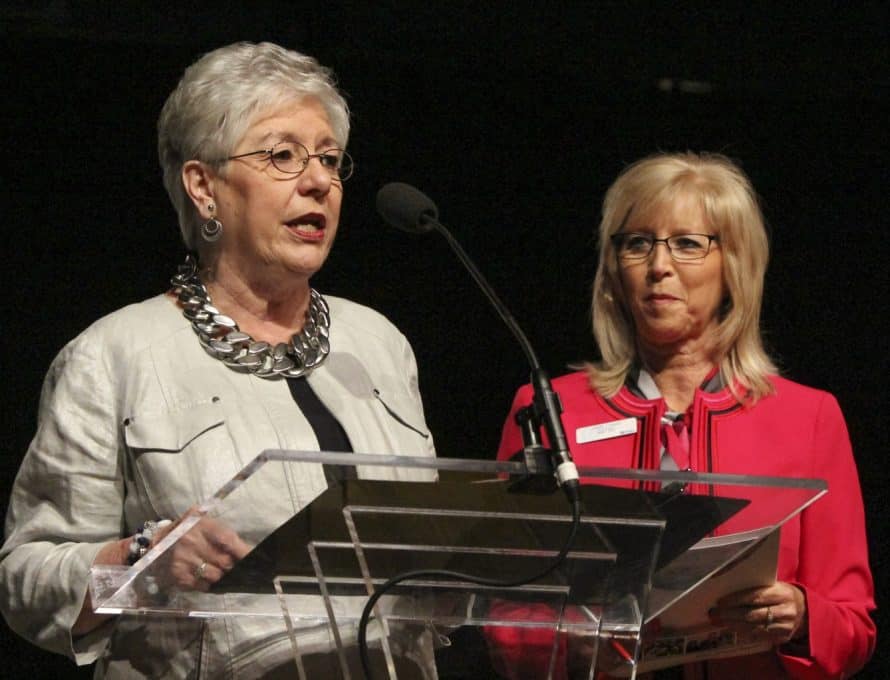 ST. LOUIS (BP) – Wanda S. Lee, executive director of national WMU, thanked Southern Baptists for partnering through missions education to equip the next generation of missionaries, an endeavor she described as more critical than ever before in an increasingly postmodern world.

Lee noted to messengers June 15 at the SBC annual meeting: “It is our desire to partner with every Southern Baptist church in discipling preschoolers, children, youth and adults by engaging them in meaningful missions involvement right in their own communities or on the other side of the world; to support those who go to the nations for a lifetime with our praying and giving; and to accept the mandate of the Great Commission in whatever way God calls us.”

“When the financial needs were made known, Southern Baptists stepped up as they always have and gave over $165.8 million dollars,” Cooper said. “This is a reminder that what we do together is far greater than anything we can do alone as one person or one church.”

Lee added, “Throughout our history we have been blessed with wonderful leaders committed to living out the Great Commission every day.”

Earlier in the convention, Lee was honored for her 16-plus years as WMU executive director, having announced her intention to retire upon the election of a successor.

Messengers approved a resolution of appreciation for Lee, who was elected as WMU’s seventh executive director in January 2000, expressing “sincere and profound gratitude to God for the extraordinary life, ministry, and contributions” of Lee and her husband Larry.

Lee is the only woman in WMU’s history who also served as national president, an office she held 1996–2000. Lee served as president of Georgia WMU from 1993–1996. In addition, Lee, a nurse by training, and her husband served as missionaries with IMB from 1979–1981 in St. Vincent, Windward Islands.