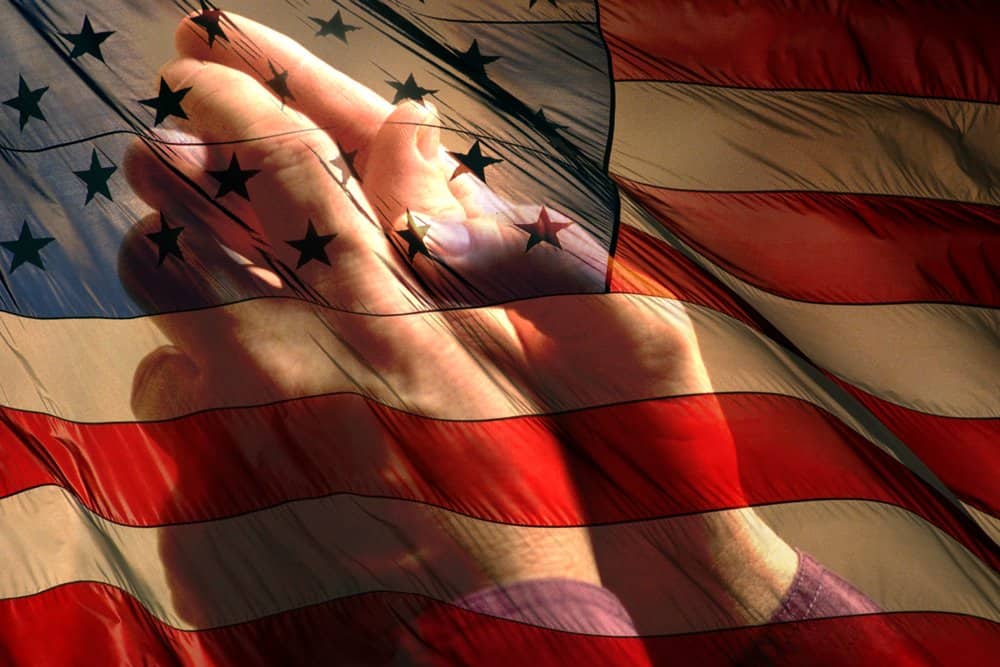 NASHVILLE – Americans who attend a Protestant worship service the week of July Fourth are likely to get a good dose of God and country.

Six in 10 Protestant pastors (61 percent) say it’s important for Fourth of July worship services to incorporate patriotic elements to celebrate America, according to a survey by LifeWay Research. And while they plan to celebrate the birth of the nation, more than half (53 percent) agree their congregation sometimes seems to love America more than God. Most of the 1,000 Protestant pastors surveyed say their church will change its worship service to acknowledge America’s Independence Day. Two-thirds (66 percent) plan to include special music honoring America. Sixty-two percent say they will recognize living veterans and those with family currently serving in the armed forces. Fifty-three percent will recognize families who have lost loved ones in service to our country.

A third of pastors (34 percent) say they plan to include other special ceremonies to honor America.

“Our nation’s birthday weekend celebration impacts almost 9 in 10 church services,” said Scott McConnell, executive director of LifeWay Research, based in Nashville. “As people remember veterans, service members and patriotism, it is natural for churches to seek to apply theology to these cultural activities.”

LifeWay Research, in its survey released June 30, found that pastors 65 and older are more likely to say it’s important to incorporate patriotic elements in worship services the week of July 4 (78 percent) than pastors 18-44 years old (44 percent). Pastors in the West (67 percent) are more likely to hold that view than pastors in the Northeast (55 percent) and Midwest (54 percent).

Denomination also plays a role in pastors’ views on the importance of patriotic elements in worship services around the July Fourth holiday. Pentecostals (82 percent) are most likely among Protestant pastors to agree on their importance, while Baptists (67 percent) are more likely to agree than Lutherans (51 percent), Methodists (50 percent) and Presbyterian/Reformed (47 percent).

Pentecostals (92 percent) are more likely to hold that view in comparison to Baptists (78 percent), Christian/Church of Christ (63 percent), Methodists (65 percent) and Presbyterian/Reformed (59 percent).

Researchers discovered regional differences when asking pastors if their congregation’s love for America sometimes seems greater than its love for God. Pastors in the South (59 percent) are more likely to agree than pastors in the Midwest (51 percent) and West (42 percent).

Patriotism in church doesn’t end after the Fourth of July. A majority of pastors (74 percent) believe it’s appropriate to display the American flag in worship services throughout the year.

“July Fourth recognition and remembrance may be accompanied by rebuke in some congregations,” McConnell said. “A majority of pastors recognize that at times their congregation loves America more than God. That is a sharp contrast to Jesus’ greatest commandment to love God with all one’s heart, soul and mind.”