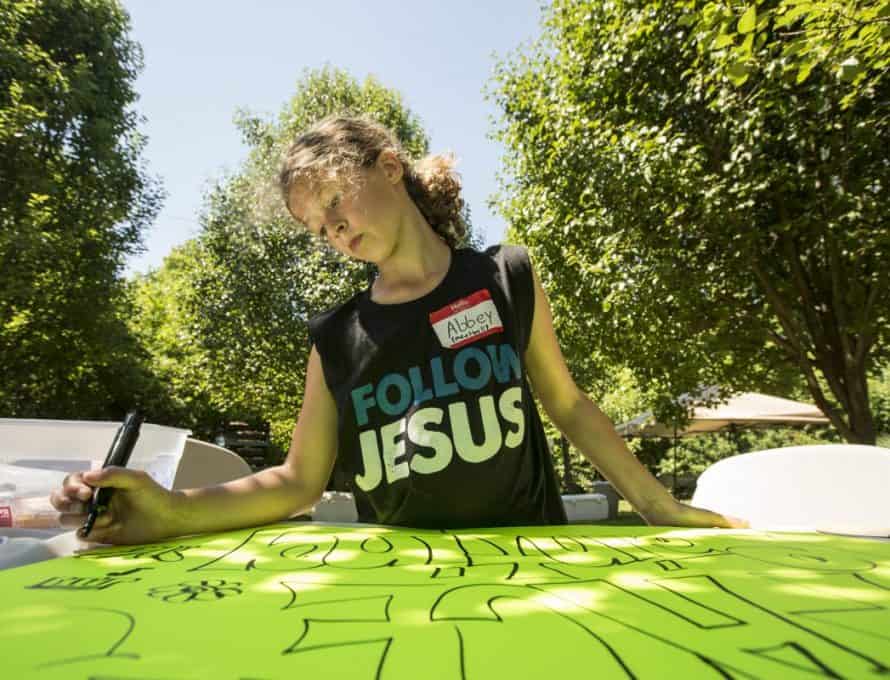 ST. LOUIS – Several messengers to the SBC Annual Meeting shared they value the cooperation and joint missional efforts highlighted at the annual convention of Southern Baptists held every June.

Kyle Bridgeman, associate pastor of First Baptist Church Maysville, said:  “I attend the SBC and state convention because I believe it is an opportunity to be a part of deciding how Baptists can reach our world for Christ.  The primary reason for pastors to attend is to be strengthened by fellowship and cooperation with fellow Christians striving to make themselves and their churches available to God’s will.”

Kevin and Whitney Armour left Kirksville last January to move to Wisconsin Rapids, Wisconsin to work with the North American Mission Board in helping to plant The Church at Wazeecha” in that northern Wisconsin town.

Attending their very first SBC meeting, Armour said “At the beginning of 2016, Whitney and I moved to Wisconsin Rapids to work with a young church plant. While in Missouri, I served as pastor at a country church, but felt God calling us to explore church planting. Through the North American Mission Board, I was placed in the northern Midwest as a Church Planting Intern, serving a one year term. Since then, we have continued to pray to discern God’s calling.”

“While joining service with the team at Church at Wazeecha in Wisconsin Rapids, we have witnessed God moving in great ways. At the beginning of the year, the church plant has been able to expand to include Sunday activities for children, youth, and adults in addition to the worship service.”

He added, “We have also seen new lives connect to the church and recently had four new members join, with attendance regularly increasing. We had a great turnout for our Easter service and fellowship meal, reaching new families from a canvassing event, and training people in sharing their faith.”

He said the church is just now purchasing their first unit building, a former church building owned by a Moravian congregation, which was closing. The church plant is currently trying to raise funds to put church furnishings and supplies in the nearly new building.

Armour said he would appreciate Missouri prayers for their mission work, which was celebrated in a general way during the mission board presentations and booth exhibits they toured at the SBC convention.

Ty and Judy Berry, were in the convention sessions as representatives of the First Baptist Church, Princeton.  Berry is an intentional interim pastor there.  He recently retired as the state evangelism director and director of Disaster Relief for the Baptist Convention of Iowa, Des Moines, IA. This is his second intentional interim pastorate in Missouri since retiring in 2013.

“We have been coming to the SBC for about 30 years,” Berry said. He noted they have pastored churches in Mississippi, Missouri, Iowa, and California.

He is currently serving as the chairman of the national steering committee for SBC Disaster Relief, a council that coordinates the work of the state convention DR units along with the NAMB DR offices in Alpharetta, GA.

Berry appreciates the work of the Cooperative Program and the mission support it provides for ministries like DR and intentional interim pastor training events.

“For a 25 year old pastor who is wondering ‘Why come to one of these,’ I say, ‘It may be awkward at first, but stay with it.  Go home with a greater sense of how strategically important the world of the Cooperative Program is to the life of a church.”

He said it is good to reconnect with mentors, colleges and to just check in with friends.