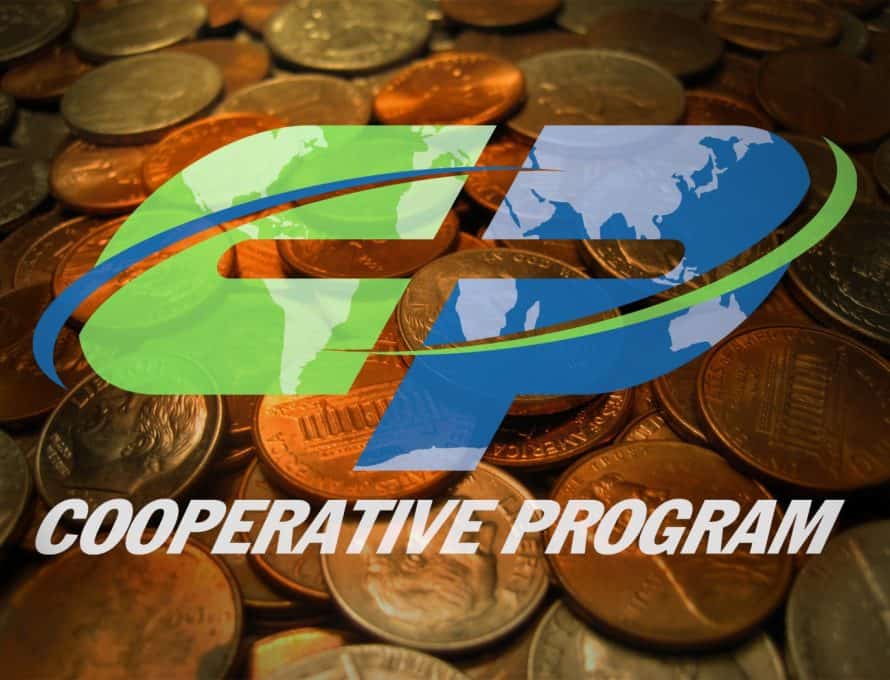 Josh and Carmen Flowers, missionaries to Brazil, represented the International Mission Board in the IMB booth. According to the couple, their ministry is an example of the positive results of the Cooperative Program.

“We are at the gateway to the Amazon region,” Josh said.  “So, as missionaries come into the area even from other denominations, we are able to talk with them.  They are always in awe of the Cooperative Program and the amount of support that the Southern Baptist Churches give us.”

He went on to explain that the other missionaries must raise their own support, and when they return home on furlough, they must raise additional funds to return to the field.

“Our stateside time is more relaxing,” Carmen said.  “We are able to visit with churches and thank them for the support.  We and all our missionaries are able to focus on language, culture, and starting our ministry.”

Jim McCaughan, minister of missions at Parker Road Baptist Church, agrees that the Cooperative Program is a plus for mission support.  “The Cooperative Program is a fantastic program.  It gives us a way to support all missionaries,” he said.  “The missionaries don’t need to ask for support.  It is also a plus for the state conventions because they don’t need to be fund raisers, they can focus on other ministries.”

Rick Biesiadecki, senior pastor at LifePointe of Wildwood, said he has seen the long term and short term effects of the Cooperative Program.

Biesiadecki attended the Crossover block party at FBC Ferguson.  “It was cool being together with church volunteers from Texas, Arkansas, Florida and other states, all to have an impact on the area.  From face painting to installing fire detectors, we all got to share Christ.”

Send Relief also had the new trailers for dental and medical clinics purchased with the Cooperative Program available at the Ferguson event.

“The goal is not the Cooperative Program,” Biesiadecki said, “the goal is to bring Jesus to every man, woman and child on the planet.”