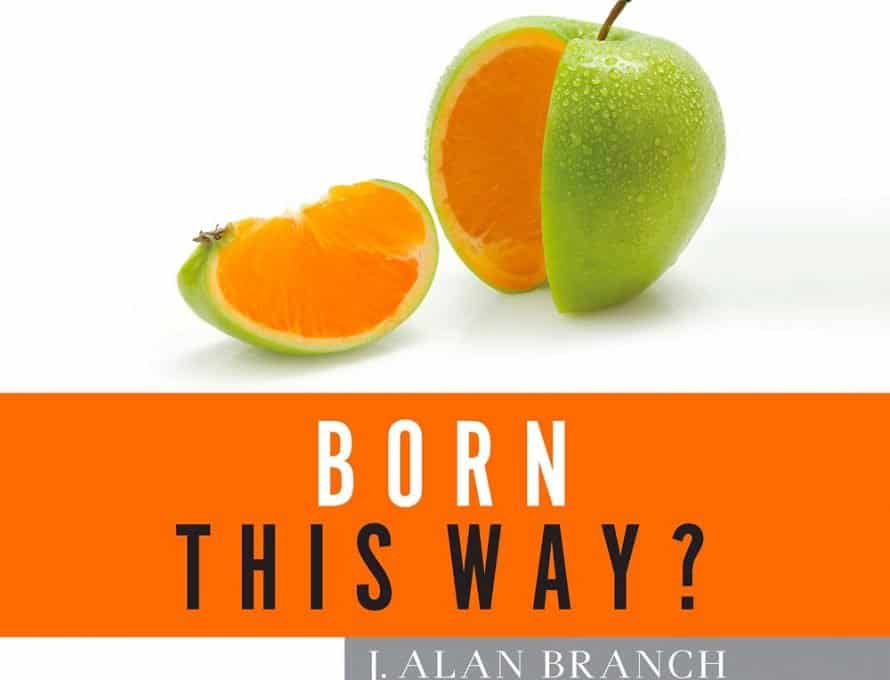 KANSAS CITY – Discussions of homosexuality in the public square often hit a brick wall when those in the pro-camp dismiss Christians who point to the Bible’s teachings, and those Christians in turn dismiss the scientific “proof” that homosexuals and transgendered people are simply “born this way.” Sexuality and identity is as innate and predetermined as skin color, so the thinking goes.

Midwestern Theological Seminary ethicist Alan Branch attempts to knock down that wall with his new book, Born this Way? Homosexuality, Science and the Scriptures. Released March 1 and in stores now, it cribs its title from the Lady Gaga pop hit, “Born this Way.” In it she sings what has become an anthem for the homosexual community: “No matter gay, straight or bi / Lesbian, transgendered life / I’m on the right track baby, I was born this way.”

While more and more people – even many Christians – take the assertion “I was born this way” as legitimate justification for a homosexual lifestyle, Branch isn’t so sure. Though he is rooted firmly in the traditional, biblical camp on this issue, with this book his stated goal is to summarize the research regarding homosexuality to “foster a more clear understanding of what science has and has not discovered about homosexuality.” He hopes to provide a little balance to the debate that is often derailed from the start by the claim, “I was born this way.”

Instead of presenting a biblical exegesis on human sexuality (plenty fine examples of which already fill our book shelves), Branch goes chapter by chapter summarizing and critiquing the secular world’s best arguments and evidence: Sigmund Freud, Alfred Kinsey, the Ameri-can Psychiatric Association, the connection between homosexuality and prenatal hormones, DNA and the “gay gene,” brain plasticity, etc. and how they do – or do not – support the born-this-way thesis.

Modern-day, Bible-believing Christians face not just a battle against sin, Branch writes, but a battle to merely call sin what it is. A caring pastor that encourages and counsels a homo-sexual toward holiness is now considered “counterproductive to the mental health that person, and actually seen as harmful.

“The worldview war at the heart of scientific research and homosexuality is more intense than most evangelicals realize,” he writes. “Modern psychiatry asserts that sexual orientation cannot be changed. Thus many mental health professionals believe Christians should not ask people to repent of homosexual behavior.”

Each chapter is very in-depth and well-researched, but you get no bonus points for guessing Branch’s ultimate conclusion to the claim that homosexuals were born that way.: “Science has not proven this,” he says, bluntly. Yet even if it does in the future, that is no excuse, Branch concludes.

“Regardless, a strong inclination towards a particular behavior does not prove that the behavior in question is necessarily good or that we should should suspend moral judgment about it. A life of moral virtue requires more than the vacuous excuse, ‘I was born this way.’”