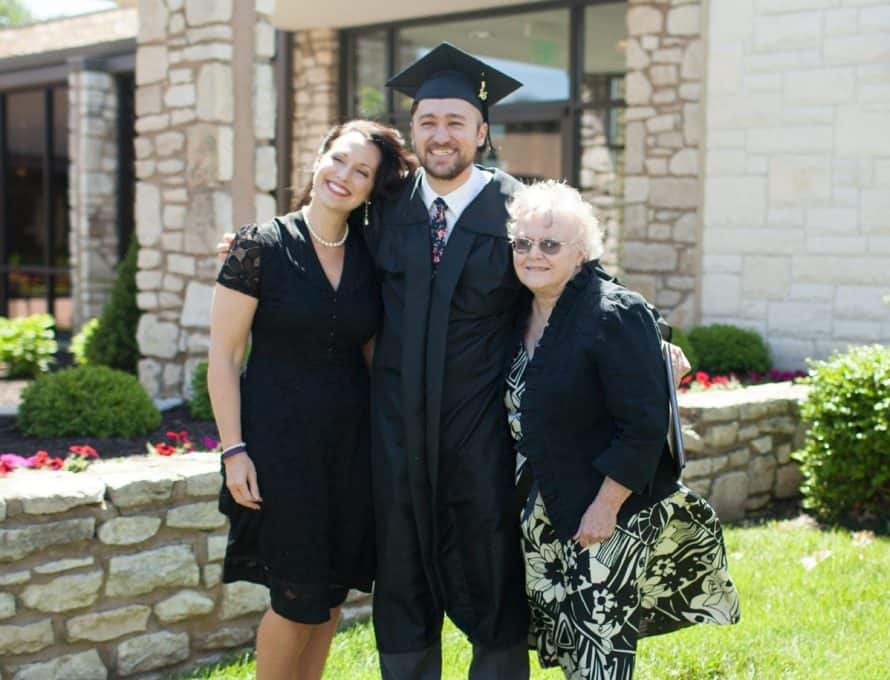 “My desire is not for you to limp across the ministry finish line; rather, aspire to finish well, having faithfully pursued and faithfully completed God’s call on your life,” the seminary president told graduates, families and friends.

In all, 120 students graduated including one diploma from the Midwestern Women’s Institute, one diploma in Christian ministry, 25 undergraduate, 80 graduate, and 14 doctoral degrees being conferred. The seminary also included a presentation of the institution’s Professor of the Year award.

During his expository message from 1 Timothy 4:7, Allen noted a sobering statistic about ministry service. Of those who begin in ministry, only 20 percent or less persist until retirement age.

From the selected passage, Allen showed three essentials graduates could learn from the apostle Paul about finishing well: fighting the good fight, finishing the race, and keeping the faith. As a result, in verse 8, the reward of the crown of righteousness awaits those who accomplish these things.

In “fighting the good fight,” Allen said today’s pastors and ministry leaders have a battle to join, as gospel ministers will be faced with rampant apostasy in the church, evident sin, and even persecution. The Apostle Paul faced similar circumstances in the 1st century; however, Paul set the example of how to handle such situations, Allen noted.

“In light of today’s culture, defections from ministry and from the faith are common,” Allen said. “In Paul, though, we see someone who was sober, not somber; discerning, but not despairing. This is the mindset all ministers should undertake and maintain to the end of their earthly kingdom service.”

This fight is one of spiritual warfare, not pugilism or antagonism, Allen said. One is not to be belligerent in spirit, he noted, when dealing with a sinful world.

“In verse 7, the fight here is referring specifically to spiritual warfare,” he said. “The great fight is against sin — the world, the flesh, the devil — who right now is brewing, in the bowels of hell, plans to destroy our souls, to impugn our character, to shatter our families, to ruin our ministries, and through us, to bring reproach on the name of Christ…. If you want to finish well and have victory over the prevailing culture, you must fight the good fight and that begins by guarding your own heart.”

Secondly, Allen said graduates have a race to run. Ministry will feel at times like a sprint, at other times like an obstacle course, and ultimately like a marathon. The key to finishing well, he said, lies in running the right way, and all the way.

He encouraged attendees not to disqualify themselves or to fizzle out, rather to kindle afresh the gift of God within them.

Allen’s final admonition to the future pastors and ministry leaders was to keep the faith, defining “the faith” as “the full body of Christian truth with its center being the gospel message of Christ.”

“The primary, predictable means through which the faith is kept is by the preaching of God’s Word,” Allen said. “You must have a willingness … to uphold the entire corpus of Christian truth and to speak especially to the areas and topics being undermined and challenged by the world.”

To view the 2016 commencement service in its entirety, visit http://www.mbts.edu/news/video/may-13-2016-spring-commencement/.