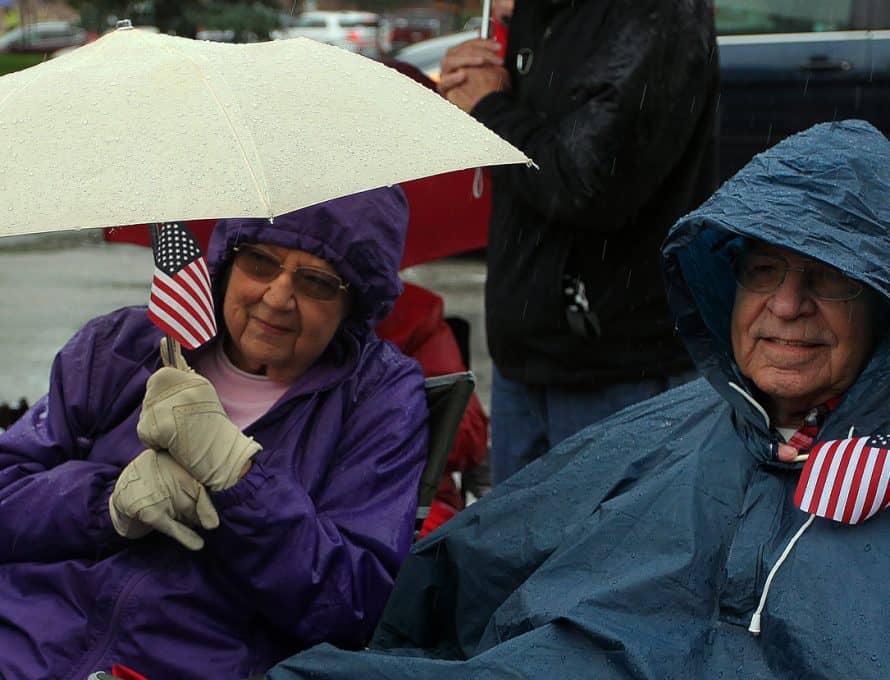 JEFFERSON CITY – Steady rain and temperatures dipping into the 40s might throw a wet blanket on most outdoor events, but not this one. An estimated 6,700 people from across denominational lines huddled under umbrellas on the chilly, soggy south lawn of Missouri’s Capitol May 17 as Franklin Graham called them to repentance and political engagement.

“I have no hope in the Democratic party,” Graham said. “I have no hope in the Republican party. The only hope for this country is Almighty God. There are good people in the Republican party, there are some good people in the Democratic party, but let’s get Christian men and women to run in both parties and take both of them back for God.”

“Some people have asked if I’m running for office,” he added. “No. “But I am running a campaign for God.”

Because the steps of the Capitol are under construction, the 23rd stop on Graham’s 50-state tour was forced to use a cramped stage beside the building, limiting visibility. That combined with the sea of umbrellas meant the vast majority of the crowd were unable to actually see Graham as he spoke. But, it seemed, for many the purpose of the rally was not so much to see the son of famed evangelist Billy Graham, but to participate in a show of force that Christians have not given up hope in the face of recent political events.

Graham, 63, said his 97-year-old father is adamant that Christians must raise their voices in the political realm.

Graham urged the crowd to commit to three actions leading up to the elections this August and November. First, he asked them to vote.

“Vote for candidates that stand for biblical truth and biblical principles, and that are willing to live them,” he said. “I’m not here to tell you who to vote for. I’m not going to do that … but I’m asking you to vote. Do it.”

Second, Graham urged those in attendance to actively support candidates that – though they may not fit the voter’s ideal image of a Christian statesman – will be the most likely to give Christians “a seat at the table” when it comes to issues such as abortion and same-sex marriage.

Third, he asked the crowd to prayerfully consider whether God was calling them to run for office.

“We need men and women of Christian commitment to run for political office this coming year, no matter which political party you belong to,” Graham said. “It is the easiest thing in the world for us, as Christians, to think of politics as something only involving men and women of the world. That’s where we fail. Our job, as Christians, is to make the impact of Christ felt in every phase of life: religious, social, economic, and political. But we must not do it in our own strength or wisdom. We can only do it as we surrender ourselves completely to God, allowing Him to work in us.”

That is all well and good, provided Christians step up to the plate, said Jon Nelson, a church planter from Jefferson City who stood on the steps of the Missouri Supreme Court Building during the rally.

“If we actually follow through with what was said today, it would be an amazing turning point in this country,” said. “It’s more about what’s next than just hearing what Franklin Graham said.”

Larry Lewis, director of missions for Mid Missouri Baptist Association, came as part of a group of 12 from Calvary Baptist Church in Columbia. He said the massive turnout despite the weather is evidence of commitment.

“All these people chose to stand up for Jesus,” he said. “Maybe this can be the spark for revival. We would have preferred it to be a nice, warm, sunny day, but I think it says something when thousands to show up on in the pouring down rain to be counted as being concerned for America.”