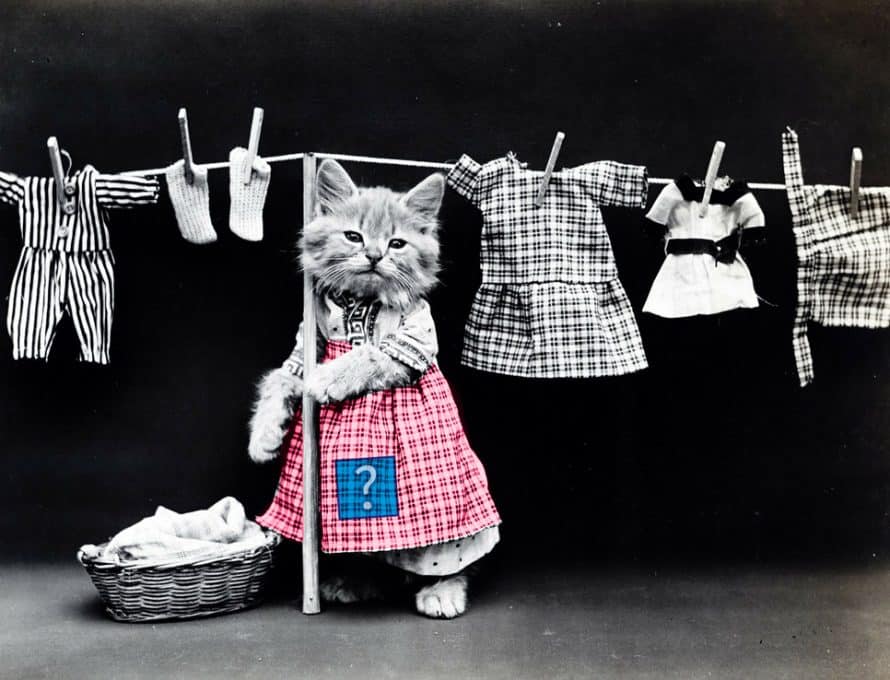 A recent opinion piece in the Washington Post by Lauren Taylor describes the author’s struggle to raise her cats gender neutral.

No, really. Read her explanation: “People are coming to understand that not all of us fit into the ‘girl’ box or the ‘boy’ box. Those who don’t are claiming space to be who they are. We all need to find ways to acknowledge and respect that. My way of respecting it just happens to be raising my cats gender neutral. You can choose your own.”

Taylor is right to acknowledge the inherent value of all persons. But that’s not her ultimate purpose. Rather, she hopes to obliterate any boundaries that distinguish between celebration and shame when it comes to sexual appetites.

Scripture teaches that we should love our LGBT friends as Jesus does, seek to minister to them, and walk with them through their struggles. At the same time, we should view every form of sexual behavior outside the bonds of monogamous, heterosexual, lifelong marriage as sinful.

Of course, this view would not satisfy Taylor because it identifies homosexuality as a sin. Instead of being intolerant mouth-breathers on the wrong side of history, Christians are chided to accept a person’s “sexual orientation” without judgment.

Herein lies a real problem. What, exactly, is sexual orientation?

Glenn Stanton of Focus on the Family has written insightfully on this topic. In an article in The Federalist, he writes that the terms “sexual orientation” and “gender identity” are terribly subjective. “They mean very different things to reasonable people, and find no common definition even within the LGBT community.”

For example, the American Psychological Association defines sexual orientation as “An enduring pattern of emotional, romantic and/or sexual attractions to men, women or both sexes.”

GLAAD, an LGBT media watchdog organization, states: “Simply put: sexual orientation is about who you are attracted to and fall in love with; Sexual orientation describes a person’s enduring physical, romantic, and/or emotional attraction to another person.”

And the Human Rights Campaign, a gay-rights organization, describes sexual orientation as “An inherent or immutable enduring emotional, romantic or sexual attraction to other people.”

The terms “emotional,” “romantic,” and “physical/sexual” attraction seem to be common characteristics. But they beg the greater question of precisely what kinds of attraction fit under the big tent of sexual orientation.

In The Federalist, Stanton cites a provocative piece in Salon by a man who introduces himself as someone whose lifelong sexual orientation has been for “a group of people who are legally, morally and psychologically unable to reciprocate my feelings and desires … I’m a pedophile.”

While some in the LGBT community would cry fowl at this characterization, we must ask under which definition does pedophilia not fit as an “emotional,” “romantic,” or “physical/sexual” attraction to other people?

We might also ask whether polyamory and its various forms such as polygamy and polyandry should be excluded from the list of sexual orientations.

Loving More, the largest poly support organization in the U.S., declares: “Some people … are indeed polyamorous by nature…. The evidence seems to be that some people are just not wired for monogamy and need more than one love to feel complete as a person.”

A little imagination conjures up all kinds of “orientation” scenarios and virtually erases any boundaries with respect to sexual behavior.

And it doesn’t stop there. The end game is universal acknowledgment that there are as many gender identities and sexual orientations as there are people. Therefore, liberation from biological, genetic, and anatomical stereotypes is the kindest and most gracious way to deal with fluid gender issues.

So, how should Christians respond?

First, we should remember that every person is made in the image of God and is of eternal value to Him. Our attractions, no matter how fallen, do not determine the degree of God’s love for us.

Second, we should acknowledge that sin has corrupted us all and manifests itself differently in different people. This doesn’t make some people guiltier before God than others, for all of us must plead the blood of Jesus at the foot of the cross.

Third, we must draw a distinction between unwanted sexual attractions, which are not sinful in and of themselves, and sexual lusts and behaviors, which the Bible always characterizes as sinful.

Every person struggles with what the apostle Paul calls the flesh – the tarnished image of God warring against God’s Word and, for the believer, against God’s indwelling Spirit. Same-sex attraction and gender dysphoria are real, and genuine believers may struggle with these their entire lives. We should walk with them.

Finally, in our conversations with friends struggling with same-sex attraction or gender identity issues, it may help to ask some clarifying questions. A good starting question is: What, exactly, do you mean by sexual orientation?