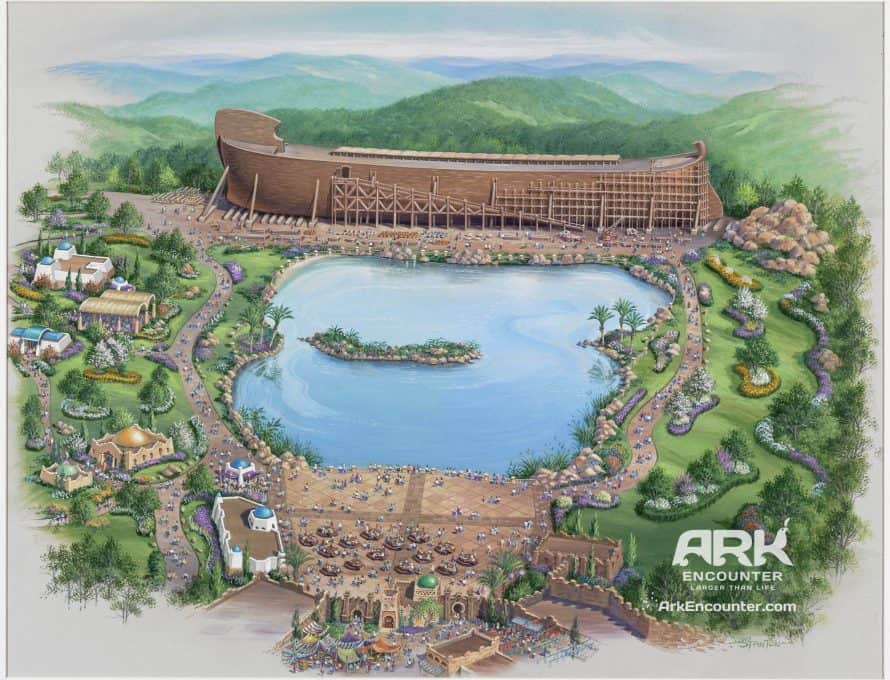 WILLIAMSTOWN, Ky. (BP) – A leading outdoor advertising company has refused to construct billboards a group of atheists had planned against the Answers in Genesis Ark Encounter museum and park nearing completion in Williamstown, Ky.

“We have a copy acceptance policy. The problem we had with what they wanted to run was it mentioned incest and genocide, and we just thought that was misleading,” said Kilshaw, whose duties at Lamar include copy acceptance. “That was an inappropriate message.”

Tri-State Freethinkers lamented the loss of the company contract in a press release issued by the United Coalition of Reason, a secularist group with chapters in many states.

“We knew the IndieGoGo campaign would be big news in freethought and atheist communities,” Tri-State Freethinkers president Jim Helton said in the press release. “When the story hit the local press, Lamar backed out. They were unwilling to work with me to try to find a solution that would have resembled anything close to our original concept for the billboard.”

Tri-State Freethinkers, which has raised just under $11,000 on Indiegogo to fund the negative billboard campaign, also lost the business of a small, private company the group had asked to drive a mobile billboard around the Ark Encounter, the press release said.

“After initially agreeing to drive the billboard around the park on multiple weekends during the summer, he recently backed out due to fear of his own personal safety,” Helton said. “If we find a company willing to put up our billboard, we are willing to allow other organizations to use our billboard to show their opposition to the Ark Encounter and to promote their local groups.”

Tri-State Freethinkers only wants to hurt Kentucky, Answers in Genesis founder and president Ken Ham said in a May 11th blog, noting the anticipated combined financial impact of the Ark Encounter and the AiG Creation Museum, open since 2007 in nearby Petersburg, Ky. A study by Jerry Henry and Associates predicts the two attractions will bring at least 1.4 million visitors a year and generate a $4 billion economic impact over the next 10 years.

“Atheists and other secularist groups … apparently would rather stop Kentucky from receiving this tremendous economic and job-creation boost that the Ark will bring, than being tolerant of Christians trying to have free exercise of their religion by building Christian-themed attractions,” Ham said. “They really would rather hurt Kentucky than have a Christian group build such world-class attractions open to everyone who chooses to visit.”

Tri-State Freethinkers accused Lamar of having a double standard, noting billboards it constructed for the Ark Encounter stating “You can’t sink this ship,” but Ham said those billboards only defended the project’s right to a tourism tax incentive that gives performance-based sales tax rebates after a business’ first year of operation.

“AiG’s billboards, however, were not put up to denigrate any person or organization; they were put up to respond to the atheists who had put tremendous pressure on the state of Kentucky and the former governor, Steve Beshear, to stop the Ark Encounter from getting the tourism tax incentive for which it had received preliminary approval,” Ham said. “We were responding to yet another atheist attack on our ministry!”

Founded in 1902, Lamar Advertising describes itself as one of the largest outdoor advertising companies in North America, with more than 325,000 displays across the United States, Canada and Puerto Rico. The company does not discriminate against atheists, Kilshaw told BP.

“Now in the near future we will be putting up some billboards about the Ark Encounter, and they will have a positive message to share about our family attraction coming to Williamstown,” Ham blogged. “We also want to make it clear that Freethinkers and other skeptics are very welcome to visit the Ark, and we are hopeful they will be open minded enough to want to learn about an account in the Bible that is often censored by anti-freethinking activists in the public arena.”

The Ark Encounter is a life-sized replica of Noah’s Ark with 140,000 square feet of exhibit space inside, and flanked by a 1,500-seat restaurant, a lodge, a small zoo and other amenities.