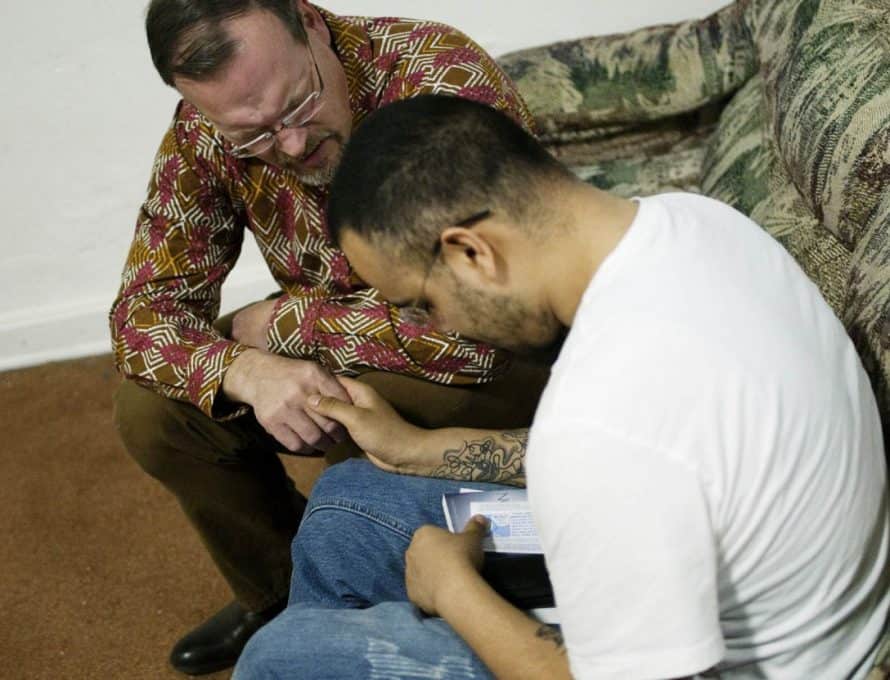 There is an interesting verb in the NT used only 4 times. It is a verb that is translated “he had the custom to.” Another way of translating this verb is to say, “he had the habit of doing” such-and-such. Two of the uses of this verb relate to the habit of sharing the gospel.

Early in His ministry, by Luke 4, Jesus had already developed the habit of sharing the gospel. Here we have the habit of Jesus to go attend synagogue, and at the time of reading He stood up to read:

“So He came to Nazareth, where He had been brought up. And as His custom was, He went into the synagogue on the Sabbath day, and stood up to read. And He was handed the book of the prophet Isaiah. And when He had opened the book, He found the place where it was written:

‘The Spirit of the LORD is upon Me,

‘Because He has anointed Me

‘To evangelize to the poor;

‘He has sent Me to heal the brokenhearted,

‘To proclaim liberty to the captives

‘And recovery of sight to the blind,

‘To set at liberty those who are oppressed;

‘To proclaim the acceptable year of the LORD.’

“Then He closed the book, and gave it back to the attendant and sat down. And the eyes of all who were in the synagogue were fixed on Him. And He began to say to them, ‘Today this Scripture is fulfilled in your hearing.’”(Luke 4:16-21)

Not only does it seem like Jesus had a custom of attending synagogue, but He also seemed to have the habit of reading Scripture and preaching when He was given the opportunity. Further, Jesus read a passage that dealt poignantly with His call to evangelize, especially highlighting His intended audience. Jesus, the Sent One was to evangelize, proclaim, set at liberty, and proclaim. He was to evangelize the poor, the brokenhearted, captives, the blind, and oppressed. Quite an eclectic audience!

And already by His early ministry, even in the midst of antagonistic people, Jesus had developed the good habit of proclaiming Himself as Lord and Savior.

The Apostle Paul also developed the good habit of evangelizing. His custom closely followed the pattern that was found in the life of Jesus:

“Then Paul, as his custom was, went in to them, and for three Sabbaths reasoned with them from the Scriptures, explaining and demonstrating that the Christ had to suffer and rise again from the dead, and saying, ‘This Jesus whom I preach to you is the Christ.’ And some of them were persuaded; and a great multitude of the devout Greeks, and not a few of the leading women, joined Paul and Silas. But the Jews who were not persuaded, becoming envious…” (Act 17:2-5)

As recorded by Luke in Acts 17, in the midst of his second missionary journey, Paul had developed the habit of sharing the gospel in a style very similar to that of Jesus as noted above. In fact, Paul gave us God’s divine example of imitating Christ (1 Cor 11:1):

• He went in to the synagogue;

• He reasoned with those in attendance;

• He told them about Jesus’s death and resurrection;

• Some were persuaded and others were not persuaded.

Likewise, if we are to develop the habit of sharing the gospel, we need to follow the example of Jesus and Paul. We need to:

1. Make an effort to go where lost people are;

2. Find out where they are coming from so that we can reason with them;

3. Share with them about the death and resurrection of Jesus—and why this needed to take place; and

In my experience, Step One is the hardest of all the steps: making an effort to share the gospel and following through. Jesus had to stand up in the synagogue. Paul also had to do the same thing. Step Four can also be hard to handle. Just as Christ foreordains some to repentance (Acts 13:48), so also there will be some that will disagree. In some cases those who disagree can even become hostile.

Just as I daily need to do, let’s pray that God will help us make sharing the gospel a regular habit. Let’s seek to share Christ through intentional evangelism opportunities, as well as be prepared to share the gospel through lifestyle and friendship opportunities. Let’s make evangelism a habit!