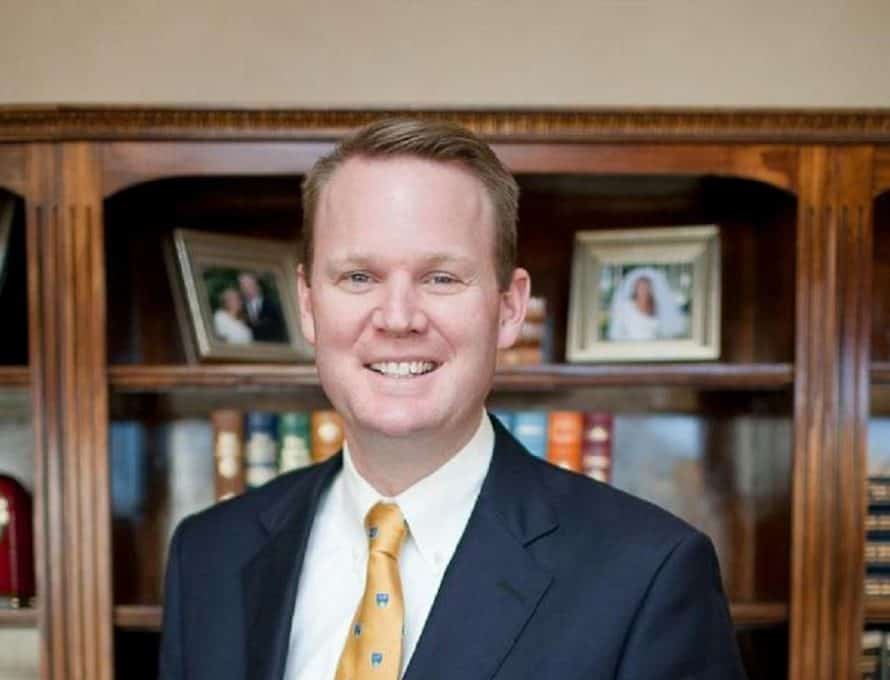 KANSAS CITY – Midwestern Seminary announced the addition of a new element to JasonKAllen.com, a podcast entitled, “Preaching & Preachers.” The podcast launched on April 18 and will serve as a platform for President Jason K. Allen to interview special guests on topics and issues from the sphere of preaching and beyond.

The first in the series, posted on April 18, is an interaction between Allen, Timothy George and Christian George entitled, “Great Preachers in Church History.”

In upcoming interviews, Allen will engage subjects relating to the task of preaching such as: “the top theological issues facing the church,” “becoming a pastor-theologian,” and “pastoring in the power of Christ.”

Among the podcast’s first guests will be leaders in the field of preaching and pastoral ministry such as Albert Mohler, Jr., on the subject, “Convictional Preaching;” Tim Challies on the topic, “The Preacher and Personal Productivity;” Paige Patterson on “Why Inerrancy Matters;” and D.A. Carson on the topic, “Avoiding Exegetical Fallacies.”

Midwestern Seminary’s president said he desires for the podcast to reach a wide constituency with thought-provoking, insightful and edifying content about a wide variety of foci within this vital calling to church pastors, teachers and ministry leaders.

“My hope for ‘Preaching and Preachers’ is to serve the church by discussing a wide range of topics that are directly related to the discipline of preaching and to those who proclaim God’s Word,” Allen said. “We’ll also, at times, reach beyond the subject of the podcast and interrelate on topics more distantly connected. Ultimately, we pray that God will be honored through these conversations.”

“I borrowed the podcast’s title from the immortal Martyn Lloyd Jones, who wrote the book, Preaching and Preachers, because it has shaped several generations of preachers,” Allen noted. “Through the insight and wisdom obtained from the great pastoral and ministry minds of today, we pray that future generations of pastors will be encouraged to fulfill their ministry calling as well.”

Allen became the fifth president of Midwestern Seminary on Oct. 15, 2012. Prior to Midwestern, he pastored churches in Alabama and Kentucky and served on the executive cabinet and administrative staff for more than six years at Southern Baptist Theological Seminary. He has also taught courses in personal spiritual disciplines, pastoral ministry and preaching at Southern Seminary. He holds Ph.D. and Master of Divinity degrees from Southern Seminary and an undergraduate degree from Spring Hill College in Mobile, Ala.