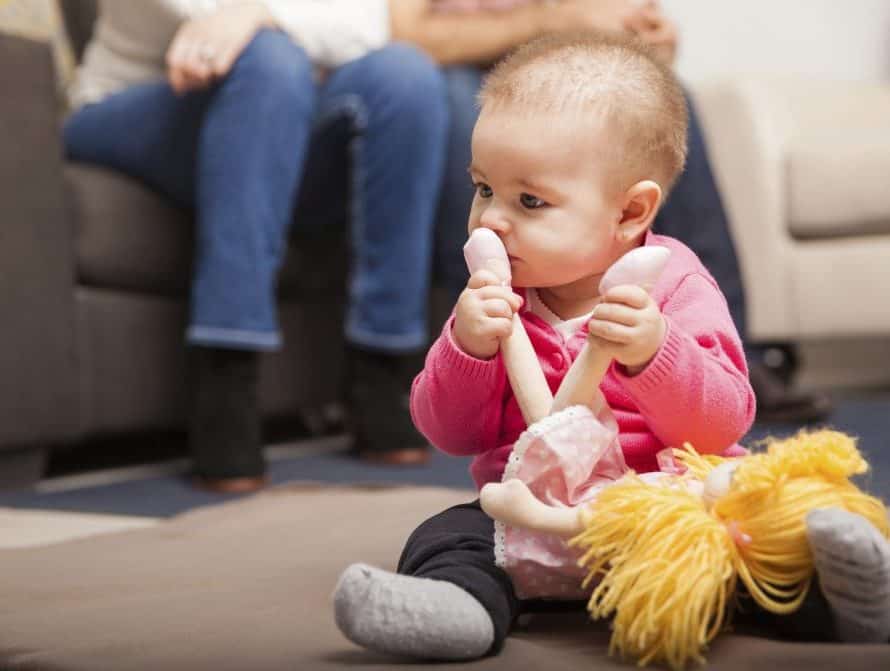 Which of the following options would you define as “child abuse”?

A) a parent encourages a child to pursue desires that will cause irreparable physical, psychological and emotional damage.

B) a parent protects the child from these desires, despite the child’s insistence on what’s best.

The answer seems easy, but when it comes to the debate over treatment for gender-confused children, many medical professionals demonstrate competing worldviews that will prove disastrous for this generation.

The American College of Pediatricians, however, has released a startling article, “Gender Ideology Harms Children,” calling on educators and legislators “to reject all policies that condition children to accept as normal a life of chemical and surgical impersonation of the opposite sex.” The medical professionals highlight the dangers of puberty-blocking drugs and cross-sex hormones in gender-confused adolescents — treatments that pave the way for gender reassignment surgery as an adult — and conclude that encouraging children and parents to pursue such treatments is “child abuse.”

The nationwide American College of Pediatricians (ACP) is a socially conservative medical association distinct from the larger American Academy of Pediatrics.

Key to the propositions in the pediatricians’ March 21 article is the biological fact that human sexuality is binary — male and female — and these genetic (XY and XX) markers are normal and healthy. Children with gender confusion, such as a boy believing he’s a girl or a girl wanting to be a boy, suffer from “an objective psychological problem [that] lies in the mind not the body,” these pediatricians say.

The ACP article condemns attempts to normalize transgender treatments, citing the most recent edition of the Diagnostic and Statistical Manual of the American Psychiatric Association, which shows that as many as 98 percent of gender-confused boys and 88 percent of gender-confused girls eventually accept their biological sex after naturally passing through puberty. Noting that suicide rates are 20 times higher among adults that use cross-sex hormones and undergo sex reassignment surgery, the ACP asks, “What compassionate and reasonable person would condemn young children to this fate …?”

The LGBTQ community likely will do everything it can to discredit these physicians and their claims. Certainly they cannot allow the massive surge in the acceptance of the transgender movement, popularized by last year’s media frenzy over Bruce Jenner’s “transformation” into Caitlyn Jenner, to lose steam. After all, don’t they hold the rights to the term “child abuse” in reference to parents who refuse to allow children to “be who they really are”? This claim shows just how skewed the term “child abuse” has become.

Make no mistake, this is about opposing ideologies.

The medical analysis of the American College of Pediatricians flies in the face of doctrine given to parents of children with gender dysphoria (the medical term for gender confusion) who are told they are abusive to force their kid to accept his or her biological sex.

Take, for example, the story of Mela Singleton, mother of 12-year-old “Evan” Singleton. She first noticed her daughter Evie’s desire to be a boy when she was just 2 years old. As a toddler, Evie rejected anything “stereotypically girly” and threw fits when people would refer to her as “she.” By age 7, Mela and her husband decided that Evie must have a boy brain with a girl body, so they acquiesced to their adolescent’s wishes, changed her name to Evan and gave her a boy’s haircut and clothing.

Two years later, “Evan” became the first patient in the Children Medical Center Dallas’ transgender program, absurdly called Genecis (GENder Education and Care, Interdisciplinary Support), the only pediatric clinic of its type in the Southwest and among the 40 such clinics nationwide.

“It’s my job as a parent to help him be his authentic self,” Mela says, adding that “it’s not about me; it’s about raising a child to be the best him that he can be.” Evan, whether conditioned by his parents or the Genecis program, simply wants transgender to be normalized, stating “it’s not that big of a deal.”

But what if “raising a child to be the best him that he can be” actually means raising him as a her, which is her God-given biological sex. That is, after all, what the data presented by American College of Pediatricians suggests.

Sadly, an over-idealized concept of individual freedom runs rampant in our culture, asking, “Who are you to refuse to let someone choose who they want to be?” My answer to that question is simply, “I’m the dad.”

As parents, we face difficult choices over what is best for our children all the time, and these decisions often come at the protest of our children, who think they know best.

What if my 5-year-old daughter, who has her dad’s sweet tooth, says she thinks M&M’s are the healthiest food for her and throws a fit when I place anything else in front of her? What if I acquiesce to her wishes and feed her only M&M’s because “that’s just who she is”? Or what if after she complained of a headache, I handed her a bottle of aspirin and encouraged her to eat as many as she wanted to make her feel better.

I’m pretty sure in both of these cases that Child Protective Services would be knocking at my door.

Let me be clear, gender dysphoria is a serious psychological disorder in children, and I would never encourage parents to ignore it or say “he’ll get