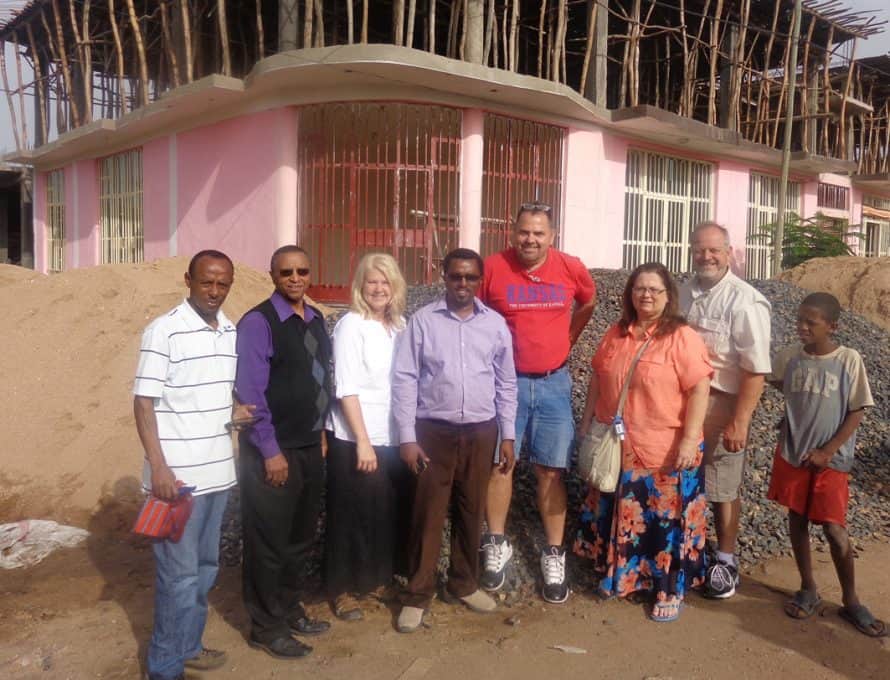 OAK GROVE – Pastor Randy Messer of First Baptist Church here walked into a classroom in the Horn of Africa and heard voices, crying out and pleading to someone, but he saw no one.

But as Messer stepped further into the room, he found the source of these cries. A group of young pastors had come to class earlier, where they knelt on the floor praying and crying out to the Lord. These would be Messer’s students for the next several days.

“How powerful that was,” Messer said. “The presence of the Holy Spirit was just thick in the air. It was very, very humbling. I want that kind of Spirit to capture my heart.

“Excuse me,” he added, after getting emotionally choked up about the experience. “It’s a precious thing to remember, a sacred thing.”

Messer travelled to the Horn of Africa with fellow Missouri Baptists from other churches in the Blue River-Kansas City Baptist Association (BRKC), Jan. 5-15. This trip makes the sixth time that the BRKC has sent a team to the Horn of Africa. During this trip, two members from Noland Road Baptist Church in Independence led a group of Missouri Baptists to minister and share the gospel in a refugee camp in the area. Meanwhile, Pastor Messer taught at a Bible institute in the area, training young pastors who would plant churches throughout the region.

During the two-week period, he helped give these men biblical and pastoral wisdom about marriage and family life and taught them about the book of Romans.

“They were just hungry to get that information, a refreshing hunger,” Messer said. He added that FBC, Oak Grove, had a passion for helping with the Bible Institute because they knew the students there would reach out to people in the Horn of Africa in ways that no Westerner could.

“We want to be part of planting churches not only here in Missouri, but around the world,” he said.

Occasionally, since returning from the Horn of Africa, Messer has been asked why he went back a second time and why he would want to return to the Bible Institute again. In reply, he points people to the sweet experiences of prayer that he experienced with his godly students – some of whom were refugees who had previously been in prison for their faith.

One experience, especially, stands out in Messer’s memory. While teaching on Romans 8, where Paul writes about the Spirit crying out to God, “Abba, Father,” within the believer’s heart, he sensed that he should stop lecturing and let the Spirit work in the group.

“The students all stood,” he said, “and we began to experience 20 minutes of worship and sensing the presence of the Spirit teaching us and capturing our hearts.”

“I want more of that. In those 20 minutes, the teacher became one of the students, … no translator needed.”