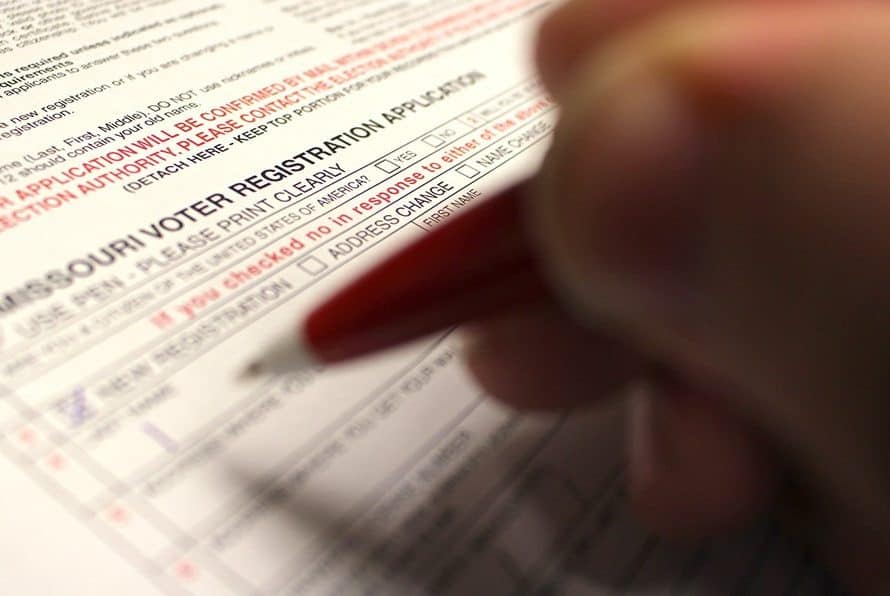 “Estimates are there are 100,000 Christians in Missouri who are not registered to vote,” said CLC Chairman David Krueger, pastor, First Baptist Church, Linn. “Obviously some of those are Missouri Baptists. Our job is to encourage Missouri Baptists to be involved in the political process of choosing our leaders. The church could change the course of America if we just voted.”

Every church will be receiving a packet that explains how to host a voter registration drive. The packet includes general voter information, an election calendar, registration forms, absentee ballot information sheets and request forms, and a few notes on the law regarding churches and elections.

Though many believe the so-called wall of separation between church and state bars house of worship from any political or civic activity, this is not the case.

Many churches and pastors feel called by scripture to “equip the saints” to represent Christ in all areas of our society, including the voting booth. The law is actually very supportive of pastors and churches in fulfilling their mission to equip their saints. Even as a non-profit corporation, there is very little a church may not do.

“We need to exercise the right that we have as Americans to be part of the political process,” Krueger said.

Churches may not endorse or oppose a particular candidate or contribute to or use church resources for one candidate over another (including free use of church list). However, churches may (among other activities): register their members as voters, pass out non-partisan voter’s guides, invite all candidates in a race to speak (it is OK if only one shows up) and speak directly about specific issues and legislation (abortion, marriage, etc.).

Don Hinkle, editor of The Pathway and public policy adviser for the Missouri Baptist Convention said subscribers to the newspaper can expect free, non-partisan voter guides sometime in the summer to arrive with their copy.

Individually, a pastor can do whatever he feels led to do – endorse, support a member’s campaign, etc., as long as it’s not done with church resources. There are no limitations on the pastor individually.