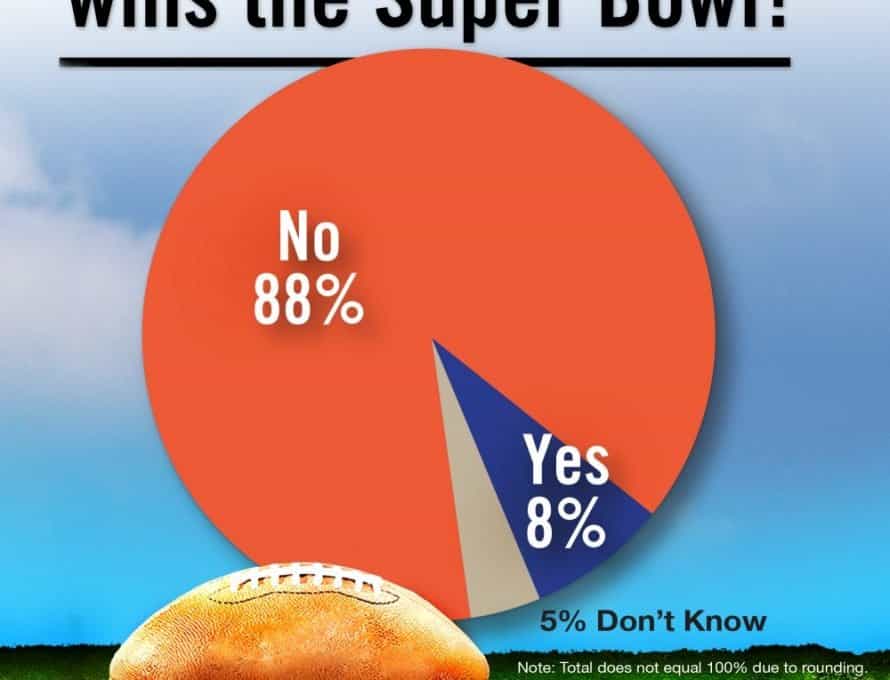 NASHVILLE — An old gospel hymn says God’s eye is on the sparrow, but what about panthers and broncos? Not the ones from Carolina and Denver matched up for the National Football League’s Super Bowl 50, according to a new survey from LifeWay Research.

The poll found most Americans are skeptical about divine intervention on the football field. They say God doesn’t determine who wins or loses. And most believe God has bigger things to be concerned about.

“The Bible says God sets up and takes down nations and rulers,” said Scott McConnell, vice president of LifeWay Research. “Either Americans do not agree, or they think God focuses on political leaders rather than cultural sports icons.”

Americans who identify as evangelicals (15 percent), as members of a non-Christian faith (18 percent), or as attending a religious service at least once a week (13 percent) are more likely to say God determines the Super Bowl winner. So are those with graduate degrees (15 percent).

In popular culture, God gets some credit for two of the most well-known plays in NFL playoff history: the 1975 “Hail Mary” pass from Dallas Cowboys quarterback Roger Staubach to Drew Pearson and the “Immaculate Reception” caught by Pittsburgh Steelers’ fullback Franco Harris in 1972.

Still, most Americans don’t believe God cares about the outcome of the big game.

And while faith and football sometimes go together—NFL players often form prayer circles after the game ends—few fans admit seeking divine aid for their teams. A 2014 LifeWay Research survey found only about 1 in 8 Americans (13 percent) say they have prayed for a sports team.

“Our previous research has shown most Americans think God is concerned with their day-to-day decisions,” said McConnell. “Yet this survey shows Americans do not see God as interested in their favorite sport.”