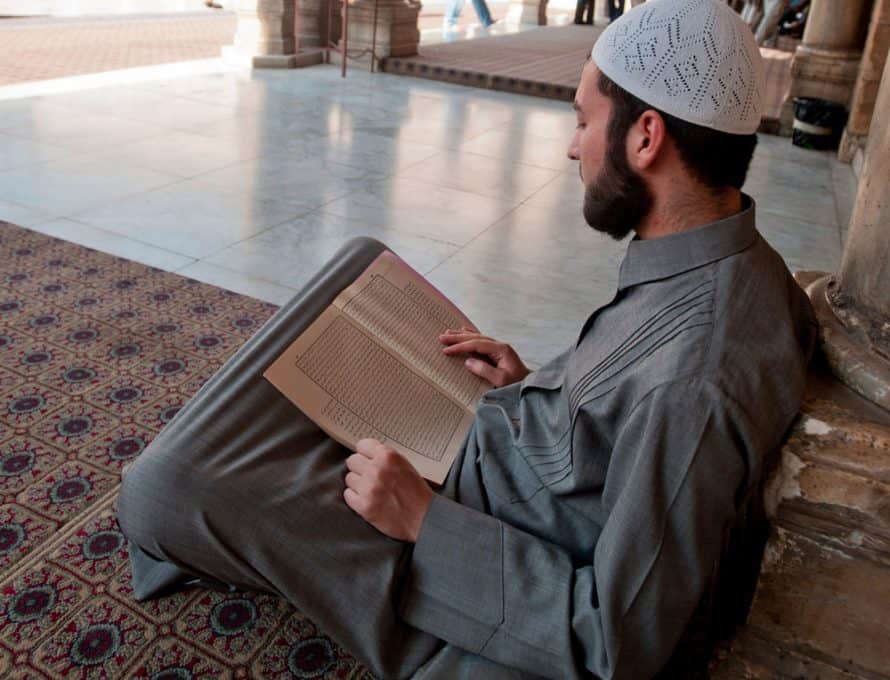 Satan is clever but not original.

He cannot create, procreate, raise the dead, or inspire Scripture. But he can take things God created for good and twist them for his evil purposes.

He is especially proficient in false religions, from Algard Wicca to Zoroastrianism. While the world’s wayward faiths are diverse, the evil one’s fingerprints are on all of them.

It would seem these religious organizations have little in common. Their doctrines and rituals are distinctly different. Yet their claims to truth bear remarkable similarities. Consider six such parallels.

1. A false god. Both Muslims and Mormons profess belief in the God of Scripture. However, their gods stand in stark contrast to Yahweh, the one true and living God.

Islam’s god, Allah, is monolithic, impersonal, unknowable, and unapproachable. He is the author of both good and evil and fatalistically determines all things.

Mormons worship Elohim, or “Heavenly Father,” as the god of this world. Once a man, he attained deity, as did his first-born spirit child Jesus (Jehovah). Mormons believe there are many gods and many worlds and that men may themselves become gods one day.

2. A false prophet. Muhammad emerged in the 7th century claiming visitations from the angel Gabriel, who informed him that Jews and Christians had corrupted the Scriptures and abandoned true monotheism. Thus, Allah chose Muhammad as the “Seal of the Prophets,” the last of 124,000 prophets sent to show people the right path.

Twelve centuries later, Joseph Smith claimed God the Father and Jesus Christ appeared to him, tapping this 14-year-old boy as the one who would reclaim true Christianity.

3. A false purpose. The goal of Islam is to subjugate the world and then rule it according to Islamic law. Muhammad claimed he was restoring true monotheism, which superseded both Judaism and Christianity. When the Jews of Medina rejected him as the last of the Old Testament prophets, he conquered their villages, plundered their goods, took their wives as slaves, and on one occasion directed the slaughter of several hundred Jews in a single day.

Joseph Smith claimed his calling was to restore true Christianity, which had fallen into complete apostasy after the death of the apostles. When rejected as a true prophet, Smith was far less bloody than Muhammad but equally offended. He ordered the destruction of a newspaper that criticized him, which led to his arrest and death in a jailhouse shootout.

4. False scriptures. For 23 years, Muhammad claimed to receive revelations from Allah through Gabriel. He committed these words to memory and shared them with his followers, who wrote them down. After his death they were gathered into the Qur’an.

Interestingly, after his first alleged visit from Gabriel, the terrified prophet believed a jinn (evil spirit) had visited him, and on one occasion he admitted receiving a Qur’anic text from the Devil. These “Satanic verses” subsequently were removed.

Joseph Smith also claimed to receive divine revelations. In addition to the Book of Mormon, which he “translated” via peep stones called “Urim” and “Thummim,” Smith and his colleagues produced Doctrine and Covenants, and the Pearl of Great Price.

5. False doctrines. Islam professes many beliefs that are contrary to the Word of God, among them: That to worship a triune God is polytheism; that Jesus is not the Son of God or the Savior of the world; that Jesus did not die on the cross or rise from the dead; and that salvation comes through a combination of human effort and Allah’s predestination.

Mormonism, while claiming to be restored Christianity, teaches many doctrines foreign to the Holy Scriptures: That every person and every god has always existed, making humans of the same nature as the god of this world (Elohim); that Jesus earned godhood in pre-mortal life; that His finished work on the cross secured resurrection for us, not forgiveness of sins; and that godhood is attainable.

6. False hope. Since salvation in both Islam and Mormonism is based on human effort, no Muslim or Mormon can know with certainty that he or she is eternally secure. Life is to be lived in the hope of pleasing a god who requires our works in exchange for his acceptance.

What a contrast to the gospel of Jesus Christ, in which God sends His Son to die on a cross and rise from the dead, paying our sin debt and extending to us forgiveness of sins and everlasting life by His grace through faith.

Satan may continue to spawn new religions, but Jesus tells us that the false prophets who lead them may be known by their “fruits” – that is, their unbiblical lifestyles and false teachings (Matt. 7:15-23).