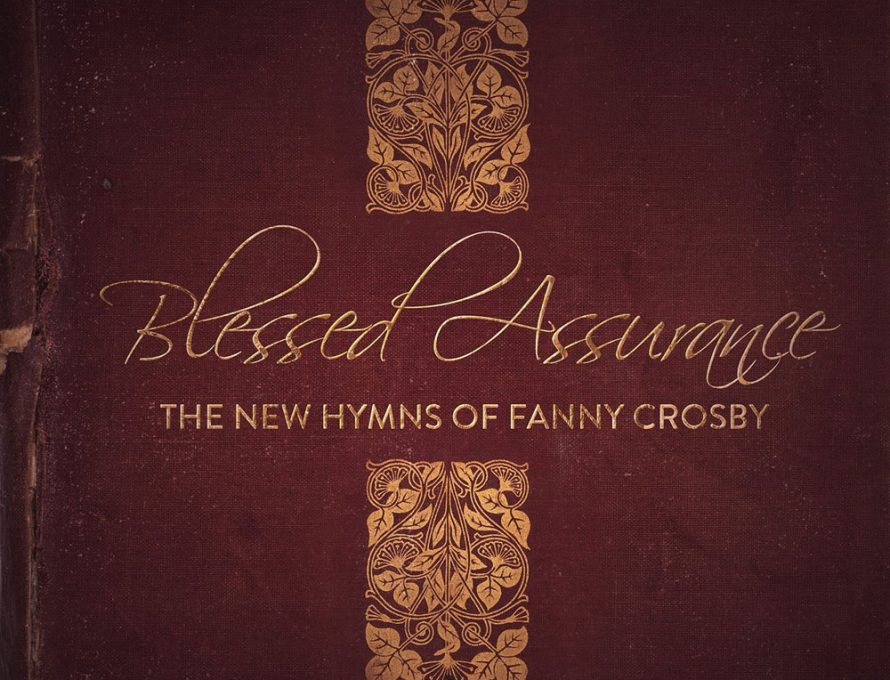 NASHVILLE (BP) — Fanny Crosby’s hymns have impacted lives for Christ worldwide for generations, but until recently 2,700 of them were overlooked in an archive, unsung and unpublished.

Now on the album “Blessed Assurance: The New Hymns of Fanny Crosby,” some of those forgotten lyrics have come to life through today’s worship writers and singers, introducing a new generation to one of the most substantive hymn writers of all time.

Fanny Crosby (1820-1915), undaunted by lifelong blindness, was “a songwriter for the people,” Adrian Thompson, vice president of song and artist development at Integrity Music, told Baptist Press. “She wrote songs that the common man really grasped.”

Christians have sung “All the Way My Savior Leads Me” and “Rescue the Perishing” for decades, and now they can discover “No One Like Jesus,” for example, sung by Michael W. Smith on the new album. “No one like Jesus our troubles can see; No one can feel them so keenly as He; No one like Jesus our burdens will bear; He and He only can answer our prayer,” Crosby wrote.

“This is a very important discovery,” Mike Harland, director of LifeWay Worship Resources, told Baptist Press. “Fanny Crosby is already acknowledged as one of the most prolific hymn text writers in all of church hymnody. To find a significant number of previously unpublished texts by her that can be developed for the modern church is a treasure trove for many generations to come.”

Stephen Kelley, an entrepreneur and collector of antique hymnals, discovered the lost lyrics in 2000, and it took 15 years to publish a sampling of them, coinciding with the 100th anniversary of Crosby’s death in 1915.

Kelley recounted to Baptist Press how it began. He was distracted in church one Sunday by the words of “To God Be the Glory.”

“I had sung the song for years but I never paid much attention to the words,” Kelley said. “Inside that hymn is a word called life-gate — ‘open the life-gate that all may go in.’ It’s a reference to salvation, and that captivated me.”

That led Kelley to an interest in Crosby, and after some research he found that her publisher was storing her forgotten works in an archive at Wheaton College near Chicago and “for whatever reason chose not to do anything with them.”

“Anybody could have found them,” Kelley said. “Any trained musician or hymn writer could have researched them, but they languished there and at Hope Publishing since her death.”

Kelley, who doesn’t sing, doesn’t play an instrument and “doesn’t hum,” remembers clearly the day he found the lyrics.

“I’m in the archive literally crying because of the sweetness of her words, wearing white gloves and perusing through hymns that were handwritten on old paper, the backs of envelopes and pieces of letterhead from her publisher — or on invoices,” Kelley said.

Years later, when Kelley arranged with Integrity Music to publish some of those hymns, he realized “songwriters might spend an inordinate amount of time trying to figure out what this very Victorian, very calligraphy-styled handwriting was rather than just seeing something typed up and adding the melody to it easily.”

So for about two months, Kelley and his wife deciphered them. She read the words and he transcribed them, ultimately to deliver them to the musicians secured for the project.

“It was a very moving experience, and we cried again,” Kelley said of the time spent uncovering every word. “The words that the Lord gave her for all of us and for generations in the future are to be cherished. I guess that’s the thrill of this project — getting those words into the hands and hearts of people that have never heard them.”

Harland of LifeWay was asked early on in the project to review a sample of the discovered lyrics and weigh in on what value they may have for the church today.

“I was amazed at what I read,” Harland said. “They were as profound as the hymns of hers we have loved all of our lives.”

Crosby, who was a Baptist church member in Brooklyn, has 15 hymns in the 2008 Baptist Hymnal, making her the most quoted lyricist in the entire project, Harland said.

“We are watching the development of the hymns closely and will add them as they are developed into our digital hymnal resource, lifewayworship.com,” Harland said. “We will also develop any of them we feel would be suitable for choirs into those kinds of resources.”

Thompson of Integrity Music said what’s exciting for him is to have Crosby co-write with contemporary musicians. “It’s not just reworking hymns that we’ve been singing for lots of years,” Thompson said. “These are works that have never seen the light of day before.”

There’s a movement in the church today, Thompson said, where worship leaders want to go back to the kind of lyrical content that old hymns conveyed, and this project marries the worship writers of today with someone whose songs have lasted for generations.

Thompson considers Crosby a prototype of the modern worship leader. “She committed every day to writing something, which is a real task for any creative person,” he said. “She lived a frugal life. She gave her money to urban missions. She didn’t live a lavish life. She wanted to be a servant, and she had a passion for God. I think there are a lot of lessons in who she was.”

“Blessed Assurance: The New Hymns of Fanny Crosby,” which includes genres as diverse as Matt Redman, Ricky Skaggs and the Blind Boys of Alabama, is available on CD and on iTunes.