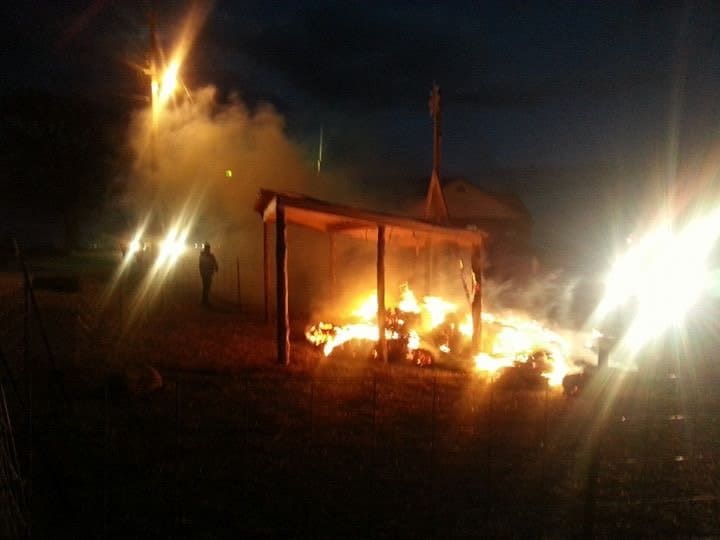 RUSSELVILLE – When Coticelli Baptist Church hosted a drive-thru nativity Dec. 21-23, they hoped for a lot of community support, but they didn’t plan on the fire department making a visit. 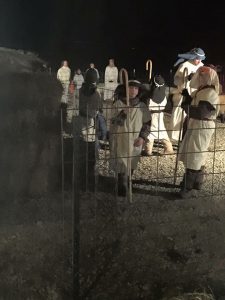 Rick Seaton, pastor of Corticelli, said the fire began a little after 5 p.m. Dec. 23, about half an hour before the children manning the nativity and animals would have been in their places. A definite cause is not yet known, but he suspects a short or a burst bulb sparked a hay bale.

It took 20 firefighters two hours to douse the little town of Bethlehem, but no one was injured and the rest of the church property was spared

About 700 people attended the nativity display the first two nights. Seaton said the church was encouraged by that response and will not let the fire deter them from hosting a drive-thru nativity next year.