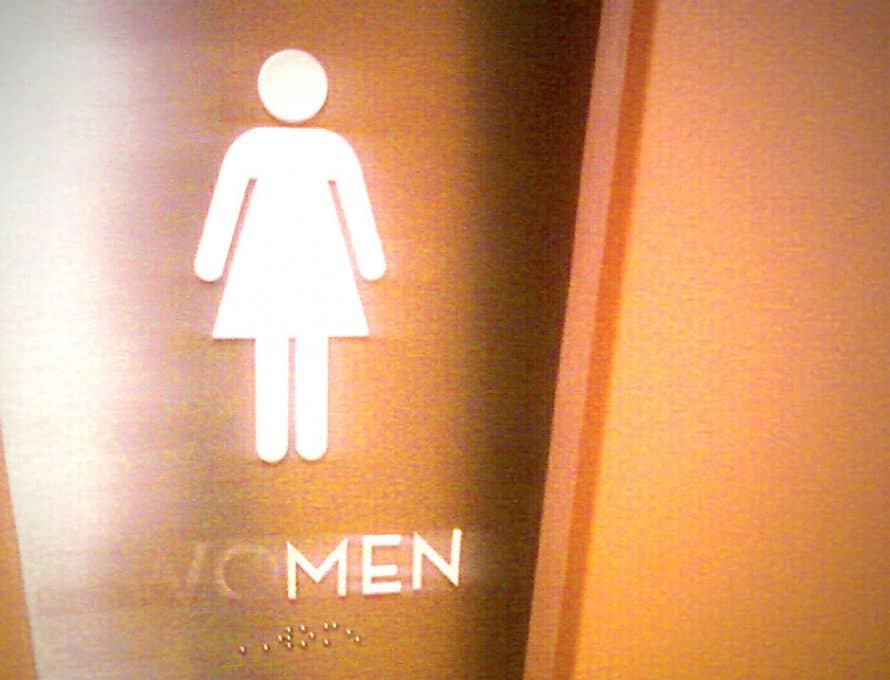 Photo by Ben Ostrowski. Image made available through CCL and modified by Kenny McCune

MARIONVILLE – Several school districts in southwest Missouri have acted to adopt policies to protect the personal privacy of students enrolled in their public schools. The policies ensure that students using restrooms, locker rooms, and shower facilities are not exposed to individuals of the opposite sex.

The policies have been established to address the issue of gender-confused students who seek access to facilities used by the opposite biological sex. So-called “transgender” students insist that they should be able to utilize bathrooms and changing areas that match their professed “gender identity.”

The latest school district to adopt a personal privacy policy is the Marionville School District in Lawrence County. The Springfield News Leader reports that similar policies have been recently adopted in the Fair Grove, Stockton, and El Dorado Springs school districts, and in the Bernie school district in southeast Missouri.

The policies have been adopted on the recommendation of Tom Mickes, a longtime attorney for many school districts, who is also associated with the group Missouri Consultants for Education.

“Female students have a well-developed legal right to be secure in their bodily integrity,” Mickes says.  “They have the right not to be naked in front of a male. We are going to provide alternatives, but showering with them is not one of the options.”

The subject of personal privacy has become a huge issue for the parents of young girls due to the demands by “transgender” activists that boys who claim to be girls be allowed unrestricted access to their daughters’ locker rooms, changing areas, and shower facilities.

The privacy issue became a major controversy in September in the Hillsboro School District in Jefferson County. School administrators granted a male student a locker in the girls locker room because of his insistence that his “gender identity” was that of a woman. The senior male student, who wears skirts and dresses but retains all the anatomy of a male, was given approval to dress and undress in the presence of freshmen and sophomore girls.

Female students were given no warning that they would be changing clothes or showering with a male student invading their locker room.  Girls who said they were uncomfortable with their arrangement were told they could use alternate locker room facilities.

The struggle for many school districts is that they are being threatened with a loss of federal funding if they do not allow students access to the bathrooms and locker rooms of their choice.  The Obama Administration’s Office of Civil Rights has issued guidelines stating that public schools may not discriminate against “transgender” students in their use of such facilities.

Not surprisingly, the actions by the Obama Administration are in contradiction to federal law and legal precedents established in the federal court system.  There is no federal law which requires public schools to open sex-specific restrooms, showers, and changing areas to opposite sex students.

The fact is that Title IX anti-discrimination regulations specifically permit schools to “provide separate toilet, locker room, and shower facilities on the basis of sex.”

No federal court has ever interpreted Title IX to compel

schools to provide students access to the restrooms and changing areas of the opposite sex.  Even the liberal Ninth Circuit Court of Appeals has ruled that “shielding one’s unclothed figure from the view of strangers, particularly strangers of the opposite sex, is impelled by elementary self-respect and personal dignity.”

The issue of personal safety and privacy in restroom facilities is not limited to the school district setting.  “Gay rights” activists have pushed for passage of “anti-discrimination ordinances requiring that all restrooms available to the public be accessible by individuals of either sex.  They claim that sex-segregated restrooms are “an outdated relic of Victorian paternalism.”

The degree to which this issue boils down to basic common sense for most Americans was illustrated in a recent public referendum in the city of Houston. Voters there repealed the city’s new “bathroom ordinance” in a a landslide vote of 61 to 39 percent.  The ordinance had been pushed by lesbian Mayor Annise Parker, who went so far as to subpoena the sermons of pastors in that community who dared to speak out against the ordinance.

The issue of the personal safety and privacy of public school students is expected to draw the attention of Missouri legislators during the coming session.  We encourage you to contact your state legislators to let them know you believe that the privacy rights of young women and men should be protected in the law.