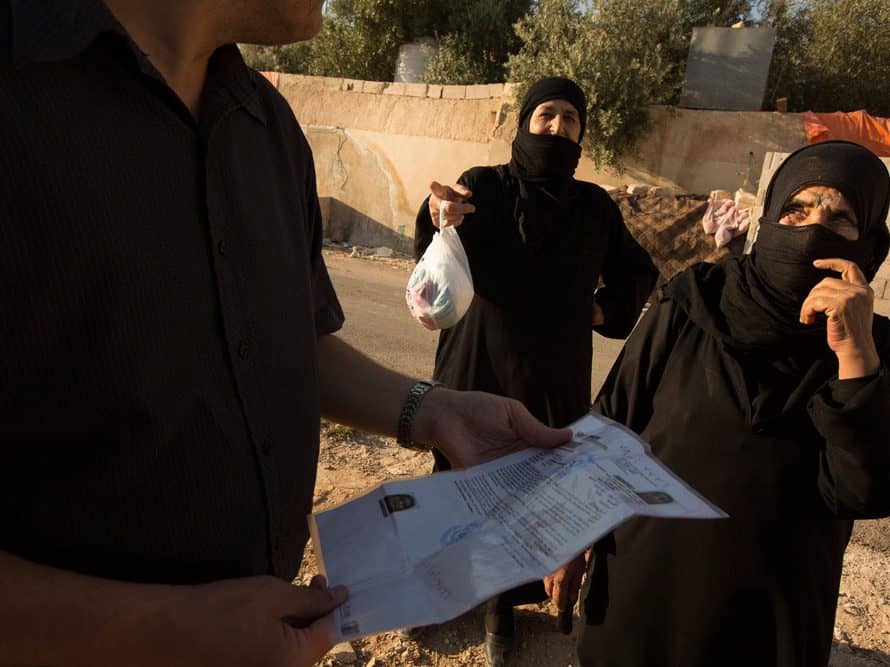 MIDDLE EAST – A Christian worker here is approached multiple times a day by Syrian refugees for help with a variety of needs, from filing the correct paperwork with the United Nations to working with the government to remain under refugee status. For more on this Christian worker’s story, see page 18. BP Photo.

JEFFERSON CITY – As the debate heats up in the halls of government and social media, religious leaders come down on all sides of the question of what to do with thousands of Syrian refugees.

Rob Phillips, the team leader for communications for the Missouri Baptist Convention, said the MBC does not take a position on refugee policy, but called on all sides in the debate to pray for the best possible outcome.

“For peace in Syria and other war-torn countries, we should pray for wisdom for our leaders who have some very difficult decisions to make, we should pray for the safety and protection for the refugees who are fleeing war and genocide, and I think we should pray also for a civil debate when we discuss the complex issues relating to human dignity and border security,” said Phillips.

The Missouri House and Senate budget committees held a joint hearing Dec. 1 on the state’s role in refugee assistance and relocation programs. The hearing lasted four hours, with lawmakers getting a better idea to what degree the state is equipped to deal with refugees, or if security concerns outweigh the desire to welcome all to American shores with open arms.

The committee learned 29 Syrian refugees have come to Missouri so far this year. Between 900 and 1,500 settle in the state annually. It was also told refugees go through several layers of security screenings before entering the U.S., and the federal government continues the process. The process can take between 18 and 24 months. Reports indicate at least one of the terrorists that killed 130 in Paris Nov. 13 had applied for refugee status.

One group of religious leaders held a press conference Dec. 3 at the Missouri Capitol pleading for immediate admittance for the refugees. MBC leaders were not involved.

Opinion on social media – even among Missouri Baptists – seems to run along two seemingly opposite poles: those citing security and those citing a need to “welcome the sojourner.” But Russell Moore, president of the Southern Baptist Convention’s Ethics and Religious Liberty Commission, said there is not necessarily a need to come down on one extreme or the other.

“It is completely right to ensure that the United States have a strong process to discern who are truly refugees and who are trying to take advantage of refugees,” he said. “That’s why we in the U.S. need a clearer and stronger articulation of what kind of system will be put in place by our government to properly vet anyone seeking to enter as a refugee.

“At the same time, evangelical Christians cannot be the people who turn our back on our mission field,” Moore said. “We should be the ones calling the rest of the world to remember the image of God and inalienable human dignity, of persecuted people whether Christian, Jewish, Muslim or Yazidi, especially those fleeing from genocidal Islamic terrorists.”

Moore called for more debate on the issue, cautioning against a rush to judgment.

“While this kind of complicated geopolitical situation requires prudence, it also requires virtue,” he said. “We should debate what it would take to ensure adequate vetting of refugees, but we should not allow ourselves to engage in the kind of rhetoric we’ve heard in recent days—about, for instance, requiring ID cards for Muslim American citizens or considering warrantless searches of their homes or houses of worship. It is one thing to have disagreement about whether the vetting process is adequate. It is quite another to seek to permanently turn our backs on Syrian refugees altogether.” ν