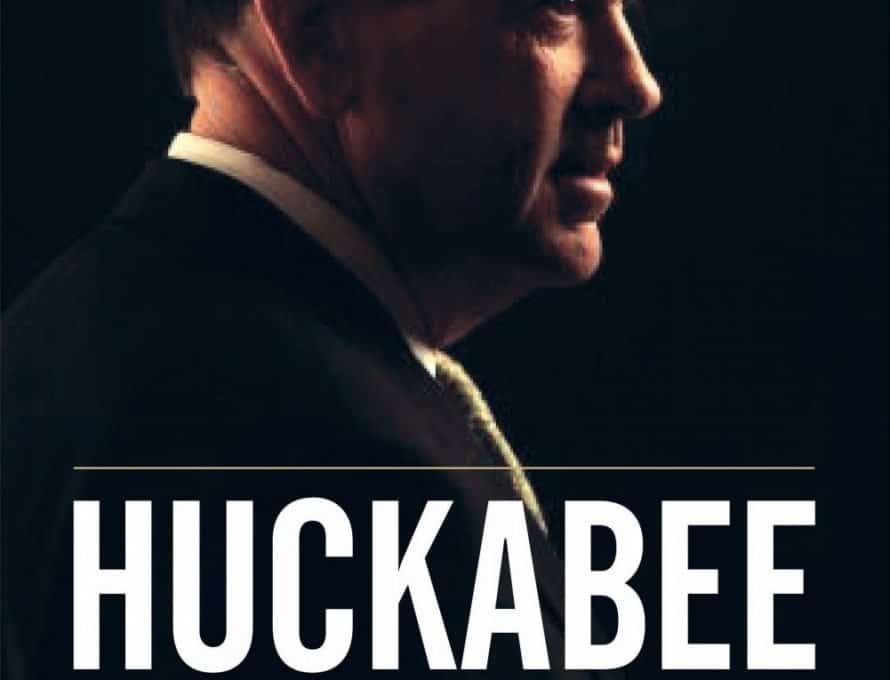 In 2007 Mike Huckabee went from being a relatively unknown governor to a nationally known politician, coming in second for the Republican nomination for President in 2008. Since that time he has hosted a weekly cable news show, written several books, and championed conservative values and causes. In May 2015 he announced that he was running for President again, and he’s currently in the midst of that campaign. While many politicians have similar experiences and accomplishments, what makes Mike

Huckabee unique is his life-story. How does a man go from rural Arkansas to pastoring churches to serving as the Governor of Arkansas to running for President?

Former Pathway contributor Scott Lamb’s authorized biography tells this story in all its fascinating detail. Lamb draws together interviews with Huckabee, interviews with Huckabee’s family and friends, Huckabee’s personal and professional files, and a host of newspaper and magazine articles to offer a comprehensive account of Huckabee’s life. The book is structured in four parts. Part One concerns Huckabee’s backstory and birth, and gives us insight into the people, places, culture, and faith that helped shaped him. Part Two explores Huckabee’s childhood, highlighting his family life, salvation experience, achievements in school, and his love for music. The final two parts of the book focus on Huckabee’s career, first in Christian broadcasting and the church (Part Three), and then in politics (Part Four).

From the beginning Lamb acknowledges the tension that evangelical Christians have always struggled with when it comes to political involvement. The Bible tells us to “seek the city which is to come” (Heb. 13:14) while also telling us to “seek the welfare of the city where I have sent you” (Jer. 29:7). Lamb doesn’t attempt to resolve this tension, but he does help us see how Huckabee has navigated it. Huckabee’s motivation throughout his life has been “to leave the world in better condition than when he found it” (xviii). That motivation is based on his strong faith in Christ, and the belief that we seek the “city of God” as we serve “the city of man.” Huckabee’s favorite verse of Scripture is Philippians 4:13, “I can do all things through Him who strengthens me.” Huckabee credits his belief in that promise as the foundation that has allowed him to pursue whatever God has called him to do, including pastoring and running for office.

Huckabee is perhaps the most well known Southern Baptist in the country, and his biography is especially relevant to those who are interested in recent history within the Southern Baptist Convention. Huckabee graduated from Ouachita Baptist University, a Southern Baptist School in Arkansas, and attended Southwestern Baptist Theological Seminary. He left seminary before graduating to work as the director of communications for James Robison, an evangelist and founder of LIFE Outreach International. This position allowed him a front-row seat to the founding of the Moral Majority and the involvement of evangelical Christians in the presidential elections of 1976 and 1980. Huckabee pastored and served as the president of the Arkansas Baptist Convention in the 1980’s, during the height of the Conservative Resurgence. His leadership and experience during those times would have a significant impact on his leadership as Governor of Arkansas.

Lamb ably captures Huckabee’s character and spirit. He doesn’t try to convince you to vote for him, or even agree with him, but instead does what all good biographers do: helps us understand who Mike Huckabee is and why he does what he does. You don’t have to be a Mike Huckabee supporter to read this book and appreciate his life and it’s impact, but you might be one when you’re done.

Gaylon Moss, MBC Disaster Relief (DR) director, says the ministry that hundreds of Missouri Baptists do in DR ministry is beneficial for the survivors of disasters, but it is also a great ministry platform for churches to engage in missions with great results for the church as well.