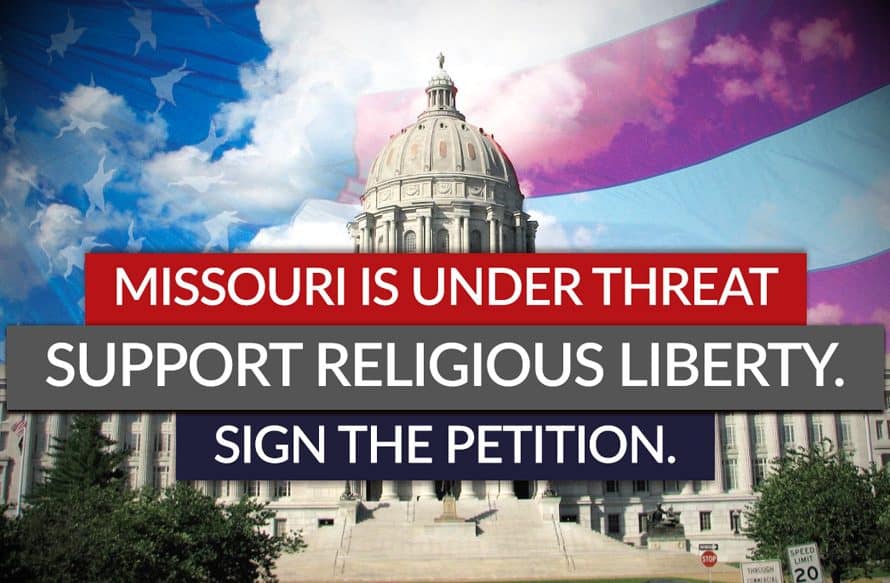 JEFFERSON CITY – Missouri Baptists have a chance to join the voices calling for Missouri’s General Assembly to pass a bill next year to put a new constitutional amendment on a statewide ballot.

The petition outlining the plan by a broad coalition of religious freedom advocates – including Missouri Baptist leaders – is available to be read and signed with the click of a mouse at www.crlpetition.com. More than one fifth of messengers attending the Missouri Baptist Convention annual meeting in Springfield Oct. 26-28 signed a hard copy of the petition.

Conflicts running up against religious liberty seem inevitable since the Supreme Court this summer made homosexual marriage legal in all 50 states. Bakers, florists, wedding venues and others that disagree with homosexual marriage based on their religious convictions have come under fire recently in the legal system, and the coalition hopes its religious liberty amendment will protect the liberty and consciences of all Missourians.

Don Hinkle, director of public policy for the Missouri Baptist Convention and editor of The Pathway, has been involved in the meeting to hammer out the language, and said he and others insisted it include protections for churches and ministries, pastors, religiously affiliated institutions, campus student groups and business owners of faith.