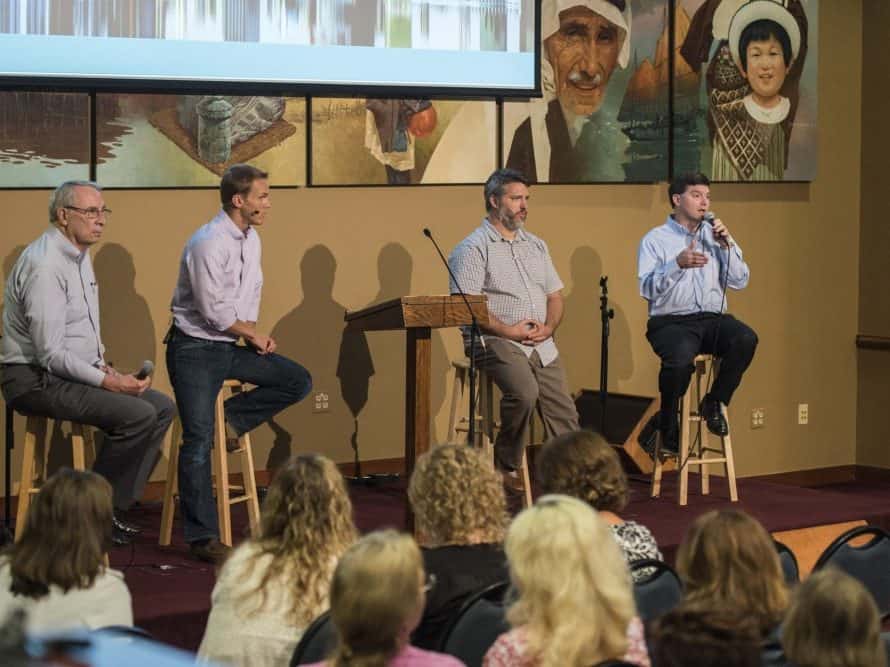 RICHMOND, Va. (BP) – International Mission Board missionaries and staff are expressing thanks for the way Southern Baptists have stepped up to provide offers of housing, vehicles and job opportunities to missionaries who have accepted IMB’s voluntary retirement incentive.

Offers of practical support have come from a variety of individuals, churches, associations, state conventions and seminaries, said Clyde Meador, who leads IMB’s transition team. This practical support will help returning missionaries who are discerning their “next step.” See related story on IMB’s budget shortfall.

“The majority [of missionaries accepting the retirement incentive] are seeking God’s leadership for what, where and when,” said Meador, whose team is personally speaking with each missionary accepting the incentive. “They are living firmly in the confidence that God led them to take a step, but they don’t know what’s next.”

To help returning missionaries determine their next steps, IMB’s transition team recently created a database to manage the list of housing, employment and other offers sent by state conventions, local churches, Southern Baptist Convention entities and other sources.

Woman’s Missionary Union – which maintains a database of missionary housing that covers 27 states – also is extending a push to make churches aware of the needs of returning missionaries. The entity is offering to counsel individuals, churches and associations who want to learn more about starting a missionary house ministry. WMU has also posted a number of job opportunities at its home office in Birmingham, Ala., for returning missionaries.

“This is a very kind and gracious gesture to our returning missionary personnel,” said Terri Willis, director of national relations for IMB and a member of the transition team.

The North American Mission Board trustees also voted Oct. 7 to reduce NAMB’s budget by $4 million and transfer the money to IMB. While the SBC Executive Committee must approve the proposal before funds are transferred to IMB, NAMB trustee chairman Chuck Herring called the unanimous decision by NAMB trustees a “Kingdom vote.”

“Needless to say, I was overwhelmed when I heard that the trustees approved a $4 million budget reduction in order to send those funds to the International Mission Board,” he said. “This extremely generous gift will go a long way in helping IMB get to a healthy financial place in the present so that we can move forward into a future marked by more missionaries sent, more disciples made and more churches planted among unreached peoples than ever before.”

Platt announced the voluntary retirement incentive Aug. 27 as part of a plan to balance IMB’s budget. The incentive is the first of two phases to reduce IMB field missionaries and staff by 600 to 800 people in response to revenue shortfalls. The incentive has been offered to missionaries and home office staff who are at least 50 years old with five years of service.