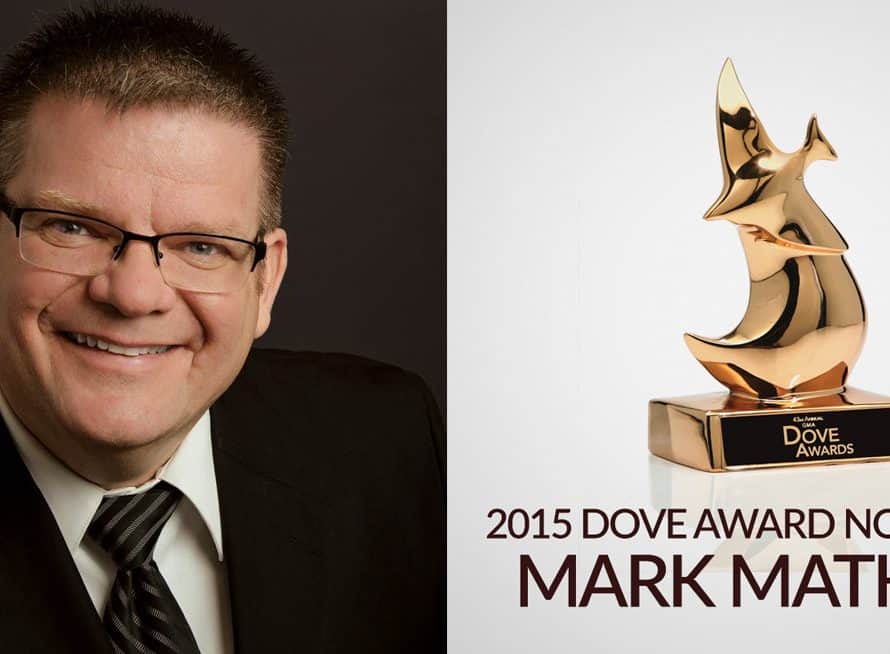 Performed by the Gaither Vocal Band, Mathes’s work was one of five nominees in the category for Southern Gospel Song of the Year. The 46th Annual Dove Awards were held in Nashville Oct. 13 and televised Oct. 18. Mathes found out the song was nominated this summer and travelled to Nashville with his wife, Leisa, for the award show.

Though his song didn’t win, it possibly did play a small role in the Gaither Vocal Band’s win in the Southern Gospel Artist of the Year category. Mathes met Bill Gaither several years ago and that gave him the opporuntity to send a few songs the Gaithers’ way. More than 100 of Mathes’s songs have been published over the years, several of which were picked up by the Gaither Vocal Band.

“It’s very humbling to hear anyone sing my song,” Mathes said. “Bill and Gloria Gaither are the songwriters of the century. For my song to touch his heart is just incredibly humbling.”

“Sometimes it Takes a Mountain” was also featured twice this month by the Brooklyn Tabernacle Choir. It is being released in an arrangement for choirs this fall, and Mathes said he is excited to see how God uses his work. The first is “Let the Glory Come Down,” recorded by the Prestonwood Baptist Church Choir of Plano, Texas, and the second is “Praise His Name,” Recorded by the Bellevue Baptist Church Choir of Memphis, Tenn.

“Sometimes it Takes a Mountain” is a song about faith getting a chance to shine through in the darkest of circumstances when we cannot stand on our own. Mathes said he was inspired while driving up the rolling hills of Highway 65 between Springfield and Branson.

“I was looking around thinking, ‘How can anyone look at these mountains and not think of God?’” Mathes said. “The more I thought, I realized that mountains are going to come up in our lives and they should always point us toward God. By the time I got to the studio in Branson I’d written the song.”

“Sometimes it takes a mountain

Sometimes it takes a desert

To get a hold of me

Your Love is so much stronger

Then whatever troubles me

Sometimes it takes a mountain

To trust you and believe.”