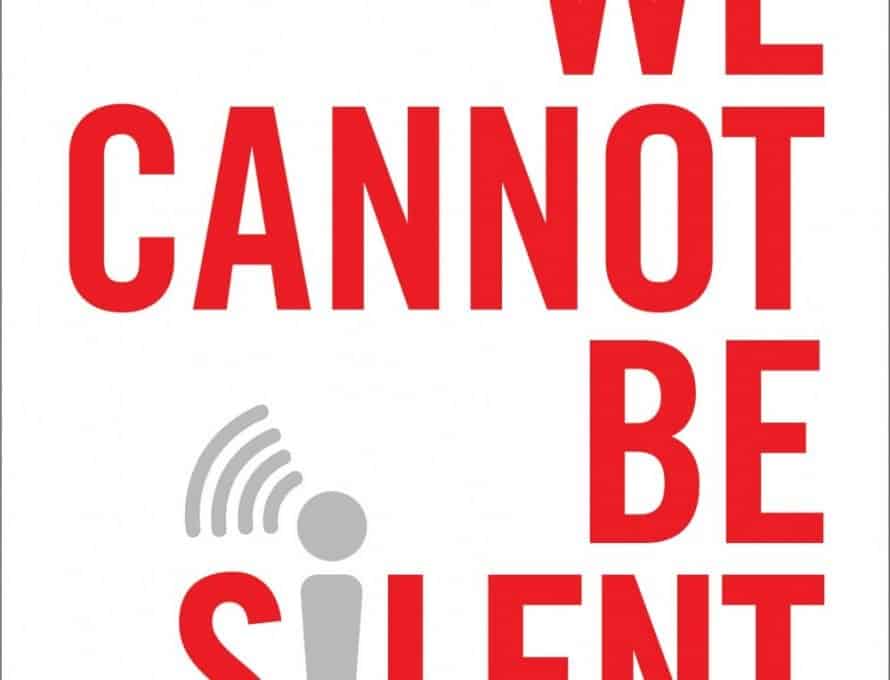 LOUISVILLE, Ky. (SBTS) — In the span of three months in the summer of 2015, three headlines marked historic events that generations of Americans past could never have imagined. First it was former “world’s greatest athlete” Bruce Jenner debuting his gender transition on the cover of Vanity Fair. Next the Supreme Court legalized same-sex marriage in all 50 states. Within a few weeks Americans witnessed the horrors of abortion in a series of undercover videos purporting to show Planned Parenthood profiting from the illegal sale of aborted baby parts and organs.

R. Albert Mohler Jr., president of The Southern Baptist Theological Seminary, issues a call for faithful, biblical witness in his latest book, We Cannot Be Silent, that he says is ever more urgent in the wake of these landmark events. Written in late 2014, the book — to be published by Thomas Nelson Oct. 27 — examines the rise of the homosexual movement, the path to same-sex marriage, the emergence of transgenderism, and the sexual revolution’s imperilment to religious liberty.

“I am confronted daily with Christians who are asking one of the most basic questions and that is, ‘How did this happen?’” Mohler said in a recent interview with Southern News, noting he wrote the book to provide clear answers. “I think Christians are living with a kind of moral emergency they sense and see about them. And it’s not just what they see on the headlines and on the Twitter feeds. It’s what they hear from their kids and it’s what they see in their own neighborhood and it’s what they might see in their own church.”

Mohler writes in his book that the cultural acceptance of contraceptives, no-fault divorce, reproductive technologies, and extramarital sex paved the way for same-sex marriage.

“Long before same-sex marriage was on the moral horizon, many of us were making clear that the divorce revolution was one of the central engines of the breakdown of marriage as an institution,” Mohler said. “You can have heterosexual divorce without legalizing same-sex marriage, but you really can’t legalize same-sex marriage until you’ve passed the moral threshold of normalizing divorce.”

Although the Supreme Court ruled in the 5-4 Obergefell v. Hodges decision to legalize same-sex marriage in all 50 states, Mohler insists the nation’s highest court will one day be held accountable by the court of “divine judgment” for legalizing what he regards as a moral fiction. In his book, he penned a special “Word to the Reader” following the court’s June 26 decision, calling for Christians “to speak the truth in love” and “to uphold the truth about marriage in our own lives.”

“The biblical worldview explains that the fallen human reason will demonstrate itself in sinful irrationality. And even though same-sex marriage is, biblically speaking, not possible, in terms of human culture it is now possible. It was thinkable and now it’s, at least in terms of a legal reality, actual. That doesn’t mean, by the way, that it actually exists,” Mohler said in the interview.

In the months before the Supreme Court’s historic ruling, celebrity Bruce Jenner brought transgenderism to the forefront of the cultural conversation with the announcement of his gender transition. Yet Mohler, writing in his book several months before Jenner’s declaration, said the transgender revolution has arrived and presents enormous challenges for evangelicals. He nevertheless insists those theological and pastoral challenges are not beyond the sufficiency of Christ’s death and resurrection.

“Over 20 years ago, I made the prediction that the transgender revolution would be far greater and more devastating in its effects, more potent in terms of its moral confusion, more complex when it comes to its pastoral challenge than homosexuality and even same-sex marriage,” Mohler said. “The transgender revolution goes right to the heart of what it means to be human beings made in the image of God, and whether or not our bodies are part of God’s intention for us and also reflect his glory and his purpose for us.”

Mohler said the book’s subtitle, “Speaking Truth To A Culture Redefining Sex, Marriage, And The Very Meaning Of Right And Wrong,” indicates how the sexual revolution has “denied the fact that we can know the truth” by means of divine revelation.

“We cannot be silent, but that’s because he is not silent,” said Mohler, invoking the title of his earlier book on preaching, He Is Not Silent. “And not only has God spoken and revealed himself in his Word but he has called out preachers to preach that Word and assigned the responsibility to every Christian to be ready to give an answer for the hope that is within us,” Mohler said.

We Cannot Be Silent is available for preorder and will be in stores Oct. 27. For more information, go to: www.WeCannotBeSilent.com.